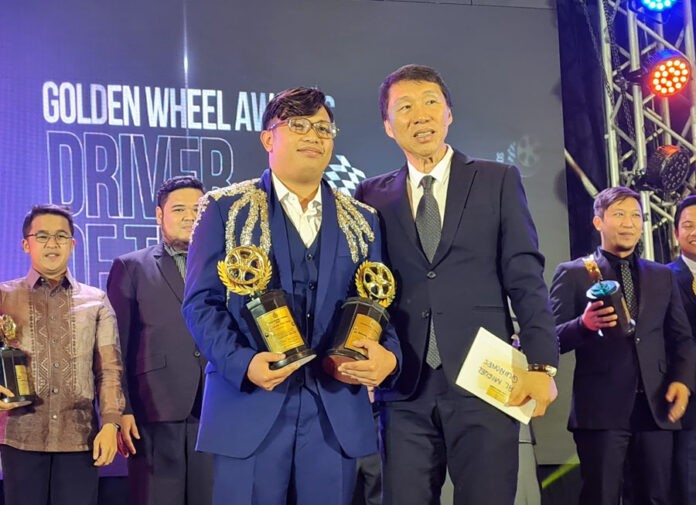 Handed out annually by the Golden Wheel Awards Foundation, the title ‘Driver of the Year’ is reserved for an individual who has displayed exemplary performance in the field of motorsports in a given year. It’s not confined to a specific discipline, be it on 4 wheels or 2, but more often than not it’s given to the newly-crowned touring car champion. So it caught karter Miguel Quiñones by surprise when called up on stage to receive the prestigious award.

It’s only fitting that the 5x karting champion be named ‘Driver of the Year’. His achievements in 2022 alone include winning the overall titles in both the Rok GP Super Karting Series and Rotax MAX Challenge Philippines’ Senior Class, for which was also awarded as Senior Karter of the Year during the same prize-giving ceremony.

“It was also an honor because it has been a long time since the last awardee was from karting, so I felt like this award is a big win for the karting community in the Philippines,” he shared.

It takes a lot of hard work and dedication to win two championships in a single year. Migs also experienced a few ups and downs during the season and revealed that he went through a rough patch mid-year. Issues in both personal and professional aspects hindered his performance, but he persevered and focused on what he did best which was racing.

Apart from racing in the Philippines, Migs also competes on a global level. He and sister Shaniah kicked off the year by entering the Rotax MAX Challenge Malaysia back in March. After the local championship was over, he then flew to South Garda Karting in Lonato, Italy for the Rok Cup Superfinal then the Rotax MAX Challenge Grand Finals in Portimao. The Quiñones family finally wrapped up the 2022 season at Rotax MAX Challenge Asia Festival in Langkawi.

“Obviously this wouldn’t have happened without the DRQ family, the Suba family, our sponsors, my mentors from Malaysia, England, Italy, and the Philippines, and everyone else,” said Migs.

Now focusing on 2023, Migs plans to continue in Senior karts and make an attempt for a possible 6th or even 7th championship. The only big change for the upcoming season is the switch from OTK to a Parolin chassis. He also confirmed that he will be back in the TGR Vios Cup for a 3rd season and plans on entering several events in autocross and rallycross.