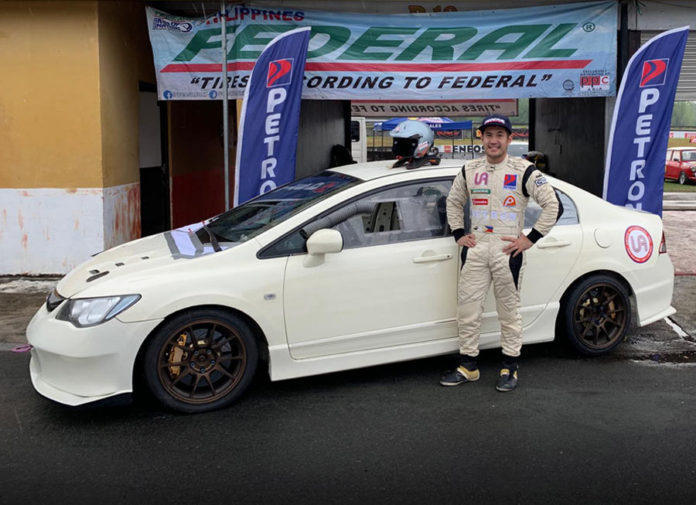 After winning his 5th straight National Slalom Series title and the 2018 Philippine Autocross crown last year, Milo Rivera is taking a break from parking lot racing to return to the race track full-time in 2019. The 24-year-old announced that he has secured a drive with ‘Petron Motorsports by Rivera Autosport’ for the upcoming Yokohama Philippine GT Championship set to begin this weekend.

Apart from some one-off appearances in endurances races, Milo has not competed in touring cars since 2013 in what used to be the Philippine Touring Car Championship (PTCC). He admits that the transition between slalom to circuit racing does have its challenges, but the young champion is confident that he’ll have no problems getting up to speed.

“The competition will be tough for sure, but like everyone else we’re here to win and I’m very much looking forward to the battles on track,” he commented.

Milo will compete in the GT200 category on board a Honda Civic FD prepared by Petron Motorsports and Tatangworks. The 6-round championship will kick off this May 18/19 at the Batangas Racing Circuit (BRC) and conclude in October at the Clark International Speedway (CIS).