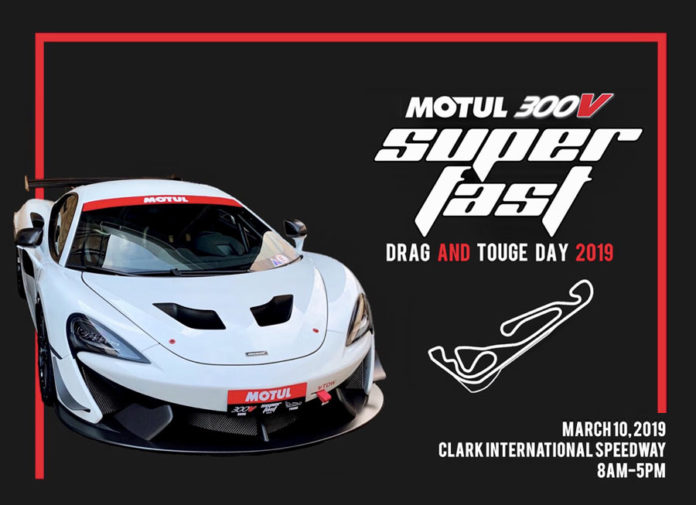 Now on its second year, Motul Philippines is once again bringing together the fastest cars in the country to see who’s really the ballsiest driver on track. But instead of a regular ‘track day’, they’re challenging these speed demons over a ¼ mile Drag Race and staged Touge Battle this 10th of March 2019.

It’ll utilize the Clark International Speedway’s (CIS) main straight for the Drag Race, complete with a Porta Tree timing system and official 400 meter time slips given to participants after every run. While we do expect a lot of tire smoke to come from this part of the event, we won’t be too surprised if it also delivers a some burnt clutches and a few broken launch controls as the day goes on.

While this is happening, the Touge Battle will be run simultaneously on the infield for those drivers who want to play a game of cat-and-mouse. Here competitors are matched up and launched in intervals where they chase one another on curved portions of the track. The goal for the lead car is to open a gap, while the chase car tries the opposite. It gets its concept from races that take place on mountain passes in Japan or better known as the ‘touge’.

The Motul 300V Superfast Drag and Touge Day aims to promote camaraderie and Philippine motorsports, while encouraging drivers to race on the track not on the streets.

Admission is free for spectators. Gates open at 8:00 AM. 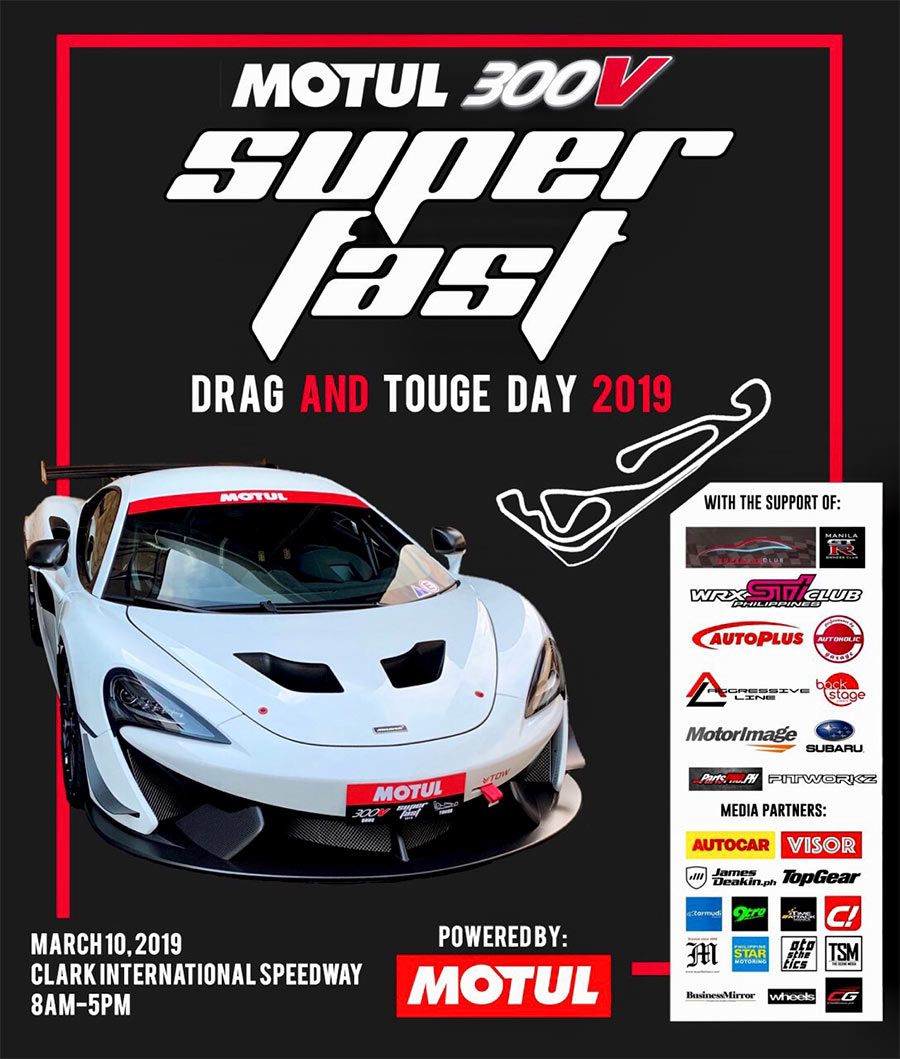