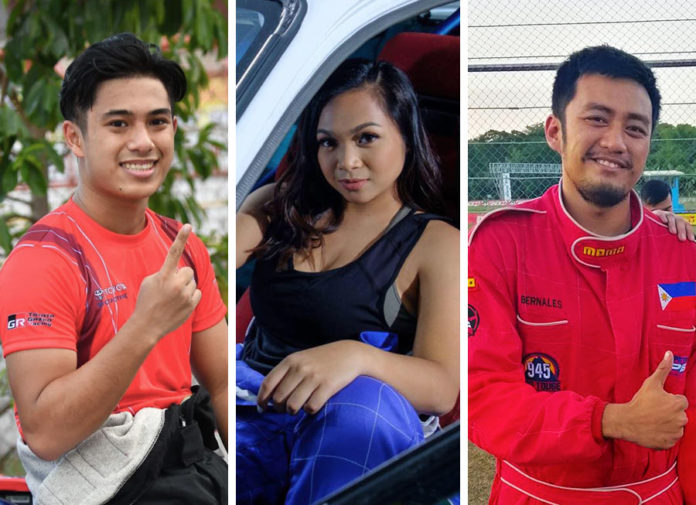 A completely new set of drivers is set to banner the Philippine flag in the upcoming Asia Auto Gymkhana Championship’s (AAGC) 2nd event. Hand picked by the Automobile Association Philippines (AAP), Estefano Rivera, Mark Bernales, and Hazel Ramirez will be competing at the Inje Speedium in South Korea this August 31 to September 1 as they proudly represent the country.

Rivera brings with him years of experience in karting, touring cars, and slalom where he won MSDP National Gymkhana Finals in 2018 and also currently leads the championship in the National Slalom Series this season. Bernales, on the other hand, who hails from Cagayan De Oro was one of the MSDP National Gymkhana Finalists in 2018 and is also a multiple race finisher in the Philippine Endurance Challenge (PEC). Lastly, Hazel Ramirez from Baguio is the team’s female representative. The MSDP graduate also traces her roots in slalom and scored a 6th place class finish at the 8 Oras ng Pilipinas 2017.

This will be the first time for all 3 drivers to race in the AAGC. Team Philippines is looking forward to secure an individual and team win in 2019 to add to victories of Milo Rivera and Carlos Anton back in Taiwan, 2016 and Korea, 2017.

Jose Armando “Mandy” Eduque, AAP Motorsports Committee Chairman: “Our bold decision to send a different team to Korea was driven by our objective here at AAP to discover more talent and open doors for more drivers to make a name in the international stage, especially for those based outside Metro Manila. In addition, we now want to plan long term and expand our pool of top-caliber drivers so that come the next years of AAGC competitions, we will always be more than confident that the Philippines would produce top class results regardless of who we send.”

The Philippines currently sits 3rd overall in the Nation’s Championship after scoring a Bronze during the AAGC’s season opener in Indonesia last month with Milo Rivera, Jevoy Moreno, and Gabie Desales. Rivera, Bernales, and Ramirez will be accompanied by Ivan Isada and Milo Rivera who both serve as AAP representatives and team coaches.

Like the AAP Motorsports page for the latest updates and results from the Asia Auto Gymkhana Championship in South Korea.