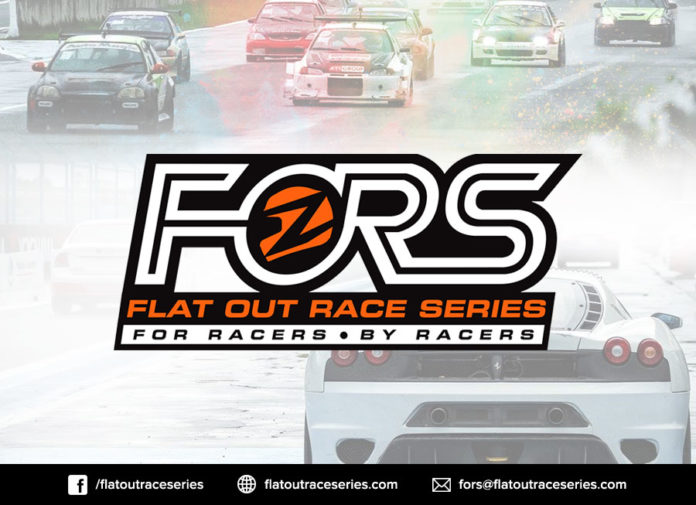 It’s a new year and that means it’s another season for the FlatOut Race Series (FORS). The country’s premier grassroots motorsports event is gearing up for the season opener on March 3 at the Clark International Speedway (CIS). But before that happens, here’s everything new for 2018.

Several enhancements have been introduced in order invite more drivers, raise the overall level of competition, while sustaining the accessibility of the sport.

As its known to be the event “For Racers, By Racers,” FORS wants to remind everyone that new drivers are welcome to join. They’re encouraging spectators and first timers to jump in the action and become a racer. Anyone can enter a street-prepped car in the Time Attack for as little as P3,500 with minimum safety requirements such as a helmet, 3-point seatbelt, and fire extinguisher.

Time Attack bracket times have also been adjusted. This should make competitor groupings more consistent between the Clark International Speedway and Batangas Racing Circuit, allowing for closer competition. Then there’s the ultimate Bracket R class where the quickest drivers, in the quickest cars can now attempt to break track records. With unlimited modifications and unlimited tires, they can try and beat 1:57.870 in CIS or 1:42.650 in BRC.

Meanwhile, Grid races continue to promote proper wheel-to-wheel racing in a safe and friendly environment. This time though, Grid A, B, and C drivers are now required to apply for a season Clubman racing license from the AAP.

Aside from the main races, FORS also welcomes the Formula V1 Challenge as part of its 2018 calendar. The single-seater series run by Tuason Racing School (TRS) will join the season on 2 occasions.

Sanctioned by the Automobile Association Philippines (AAP), there will be a total of 10 events this year. That includes the Philippine Endurance Challenge (PEC), the country’s longest-running and only endurance auto race, with the 4 Oras ng Pilipinas happening in June followed by the 8 Oras ng Pilipinas in December. 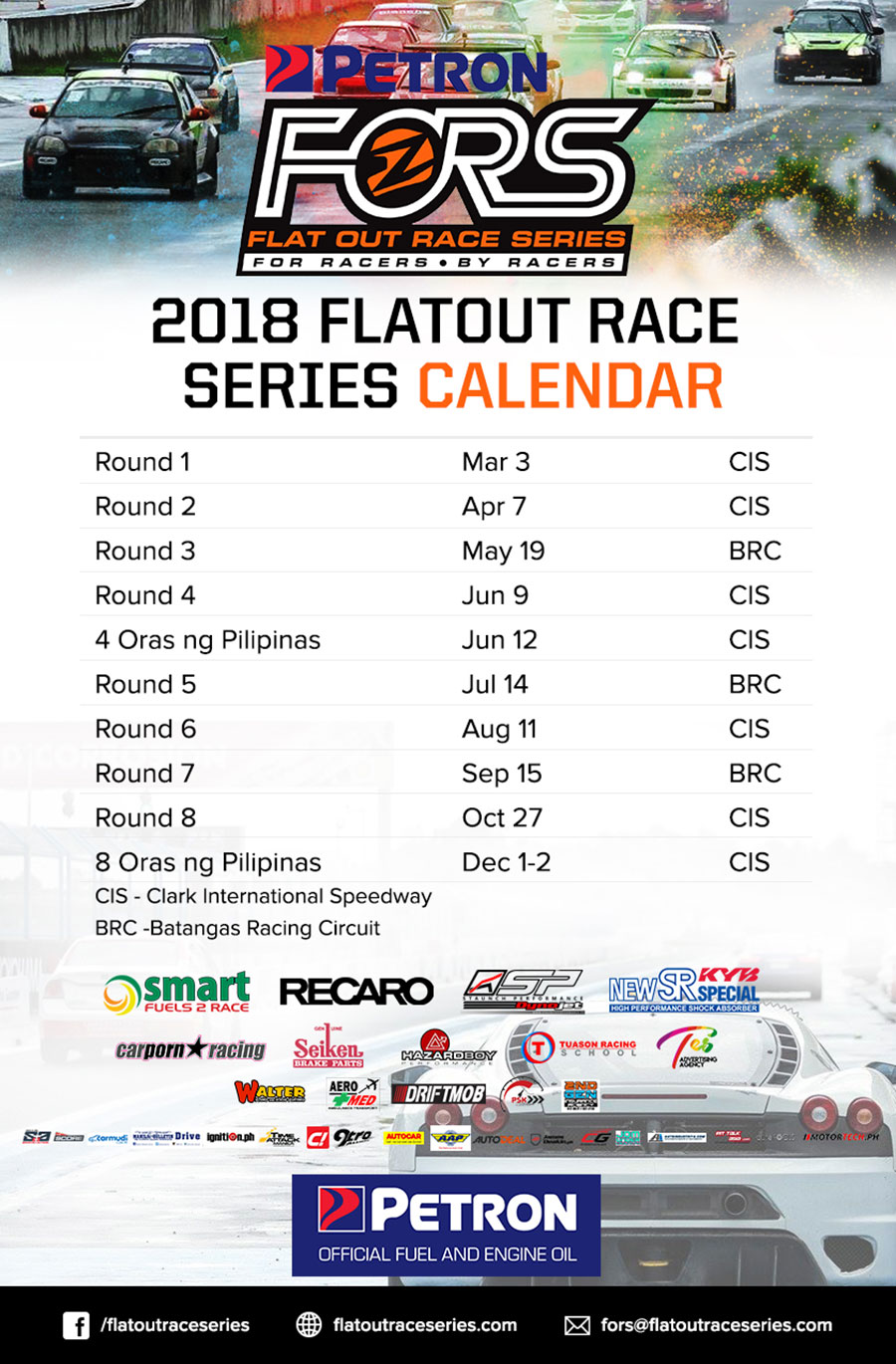 “We’re really looking forward to 2018. The new season has a lot in store for both new and seasoned drivers that will make the races a lot more exciting and competitive. We also welcome the addition of Formula V1 to our calendar, which is the next step up the motorsport ladder,” said FORS co-founder Edward Dela Rosa. “FORS’ goal has always been to help develop local motorsports through a fun, easy, and accessible program. With the help of the AAP, we hope to grow the sport even further on our fourth year.”

Entry fee is for the Time Trial, Bracket R, and Grid Race is P3,500 per class, inclusive of timing and driver insurance. Package discounts apply if a participant decides to join more than one class.