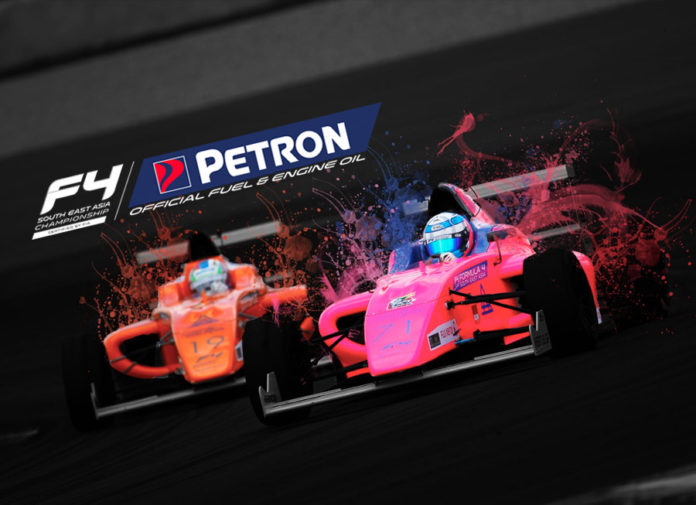 Because they’re such big fans of motorsports, Petron Corporation has signed a deal with Formula 4 South East Asia (F4 SEA) to be their official fuel and engine oil supplier of the 2017/2018 season.

The one-make singe-seater championship will run on the latest Petron Blaze 100 Euro 6 fuel. Its 100-octane should be put to good use in tough race conditions, providing better performance while keeping the engines clean on the inside. Petron Blaze Racing, on the other hand, will keep the 160 hp 2.0L engines used in Formula 4 well-lubricated. This is a high-performance engine oil proven to deliver ultimate engine stress protection even at high temperatures in racing.

“We are proud to fuel the 2017 Formula 4 South East Asia Championship, and we welcome this opportunity to demonstrate how our proudly Philippine-made Petron Blaze 100 Euro 6 gasoline and Petron Blaze Racing engine oil can meet the severe demands of international competitive racing. We hope that the young Formula 4 drivers will appreciate the performance advantages of our world-class products,” said Petron Corporation President and CEO Ramon S. Ang.

Just so that you know, Petron Corporation is the largest oil refining and marketing company in the Philippines. They also happen to be a leading player in the Malaysian market, you know, where F4 SEA and its race engineering service provider Meritus GP is based.

The 2017/2018 season of Formula 4 SEA will have a total of 5 events and 30 races across the region. It kicks off this September as a support race to the Malaysia GP. Then, the championship moves to the Clark International Speedway in the Philippines on October 20/22, followed by Sentul in Indonesia in November. After the new year, the series resumes at the Buriram United International Circuit in Thailand in January before returning to the Sepang International Circuit for the season finale in February.

Find out more about the upcoming Formula 4 SEA race at the Clark International Speedway by hitting the link.