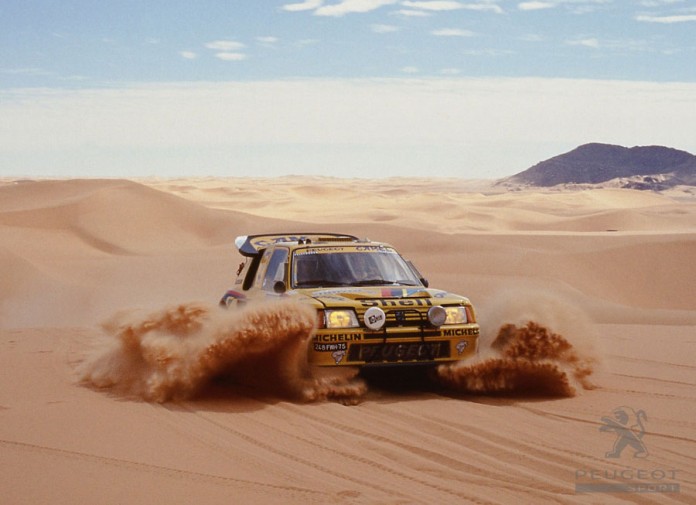 If you were paying close attention, you would have noticed that Peugeot has been reviving their glory days in motorsports, particularly in the WRC, Le Mans, and most recently, Pikes Peak. That leaves them with only 1 challenge left to be reconqured: the Dakar Rally.

There have been rumors that Peugeot Sport will return to the Dakar Rally by 2015.

Names that have been linked to this comeback included 11-time Dakar winner Stephane Peterhansel and 9-time WRC champion Sebastien Loeb. However, Peterhansel was quick to shoot down this report after re-signing with the X-raid squad until 2015. Loeb, on the other hand, has recently worked with Peugeot for a record-breaking run up Pikes Peak earlier this year; thus making him a good candidate for Dakar in 2015.

“When we have that information we will decide what to do. Maybe it could be something different to Pikes Peak and with a different car,” said Peugeot Sport Team Principal Bruno Famin in a statement.

Now that’s something we’ll all be looking forward to.