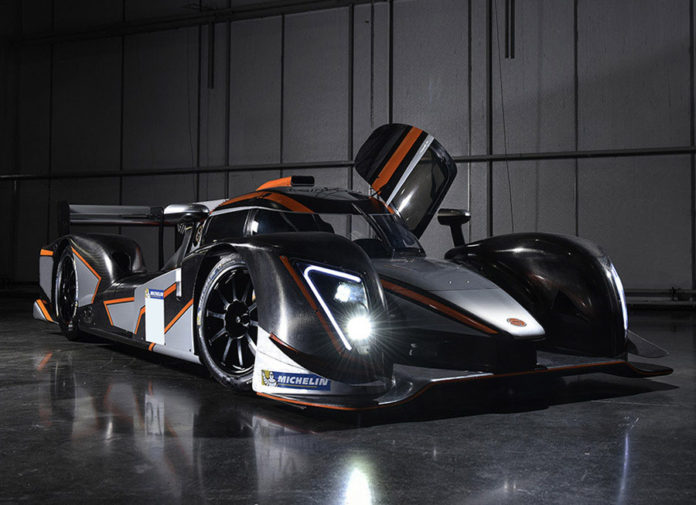 Our country is no stranger to the Asian Le Mans Series (AsLMS). Eurasia Motorsport has been racing under the Philippine flag for a few years now with their entry in LMP2. And this 2016, there’s going to be another squad on the grid to make the nation proud – Pinnacle Racing Team (otherwise known as PRT Racing).

The relatively new team was only formed in early February. So far, they’ve already managed to put together a talented group of mechanics, acquired a Nissan-powered Ginetta LMP3 prototype, and recruited a strong 2-driver line-up.

Ate De Jong is both the team’s owner and driver. We first met him during the 2015 Vios Cup when drover for Toyota Makati. He also had a short stint in the Asian Karting Open Championship (AKOC) with AUTS Racing. Driving a prototype, however, will be a completely different challenge for the De Jong.

Sharing the driver’s seat is 19-year-old Charlie Roberston. Despite his age, the Scottish driver already has 2 Ginetta Cup titles under his name. He then won the 2015 European Le Mans Series’ (ELMS) LMP3 class championship in a similar Ginetta prototype before before being promoted as a Ginetta factory driver.

PRT Racing will enter both the AsLMS’ 3-round 2016 Asian Le Mans Sprint Cup and 4-round 2016/2017 Endurance Series. The combined calendar runs from May 2016 until January 2017, visiting circuits in Malaysia, China, Japan, and Thailand.

Ate De Jong, PRT Racing Owner and Driver: “As a newly-established team, we’re very excited to make our debut at the Sepang International Circuit in a few weeks’ time. The team still has a lot to learn, but we hope to make our mark on the grid with our dedicated crew and my talented teammate Charlie Robertson. The Ginetta LMP3 has also proven itself to be a fast, reliable car and we’re definitely looking forward to challenge the other entries in LMP3.”

Charlie Robertson, PRT Racing Driver: “I’m very excited to be driving alongside Ate, as part of PRT Racing. It’s a great opportunity for us to show what the Ginetta LMP3 car can do with a strong driver line up and a fantastic team behind us. My experience with the car in the European Le Mans Series will help us get off to the best possible start to the season. I can’t wait!”