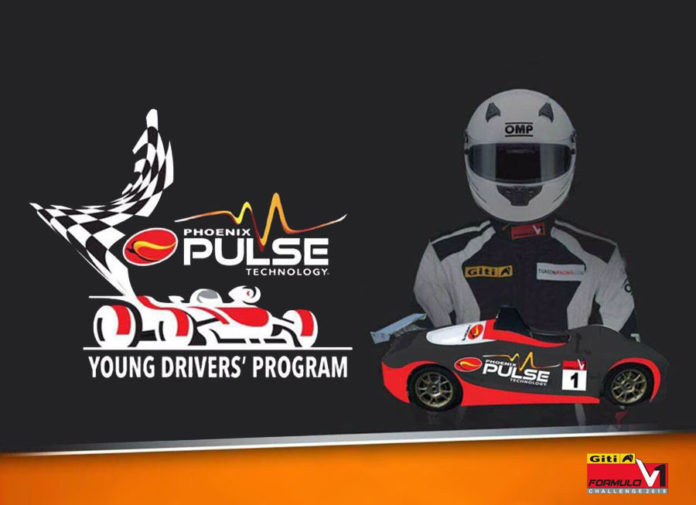 This is your chance to score a free, fully-sponsored drive to race in the Giti-Formula V1 Challenge. Phoenix PULSE just so happens to be the new official exclusive fuel of choice for the upcoming 2019 season. And obviously, they’re fielding a team which needs a driver.

Hence, Phoenix Petroleum created its own ‘Young Drivers’ Program’ to fill in that seat.

The sponsorship initiative aims to give up-and-coming racers the opportunity to “become the next racing superstar.” As the name suggests, it’s open to candidates that are between 15 to 29 years old that must pass the following minimum requirements.

All candidates will then be screened by a panel and whoever gets through will be invited to the Formula V1 Young Drivers’ Program Test Day on April 30 at the Clark International Speedway. The qualifying process involves a series of tests and exercises to assess the driver’s skills, personality, and proficiency in media interviews.

“The Formula V1 line-up is already full of great talent, but we are looking forward to the Phoenix Young Drivers’ Program discovering even more promising racers and giving one deserving winner a chance to live his racing dream,” said Phoenix Petroleum Chief Operating Officer Henry Fadullon.

Once the selection process is done, the program graduate will be awarded a sponsored drive to race in the 2019 Giti-Formula V1 Challenge. They’ll officially compete with OTR Racing under the Phoenix Team AM Class for over three (3) race weekends, which includes three (3) practice sessions. The grant will also throw in an official Formula V1 OMP Racing Suit so all the driver needs to shell out is a helmet, gloves, and shoes.

If you think you’re what the Phoenix Young Drivers’ Program is looking for, sign up on or before April 25, 2019 by filling up the registration form at http://bit.ly/PhoenixFV1SignUp. Good luck!