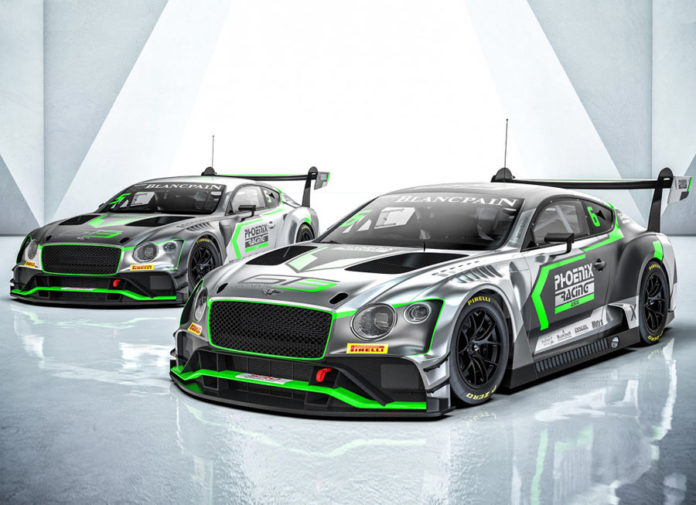 There’s going to be a new car on the Blancpain GT Series Asia’s grid when Phoenix Racing Asia gets their hands on the latest 2018-spec Bentley Continental GT3.

The Hong Kong-based squad has been running an Audi R8 LMS since 2017 with some success. They won the Silver Cup driver’s title last year and has finished all 6 rounds so far in 2018. But it’ll race for one last time next weekend at Fuji before switching to 2 brand new Bentleys in the season’s final 2 events at Shanghai in September followed by Ningbo in October.

The team plans on testing the cars before their competitive debut in China. Then, with a long-term works-supported partnership with the British manufacturer, is expected to run both Continental GT3s on a full-season campaign in 2019 under the name Bentley Team Phoenix Racing Asia.

Commenting on the new partnership, team owner and driver Marchy Lee said, “I feel very proud that a manufacturer as prestigious as Bentley has chosen a young team like Phoenix Racing Asia as an official partner.

“They clearly see a lot of potential in us, but hopefully also the same attributes that characterize their brand. We aim to be the very best at everything we do as a race team, and – having been shown behind the scenes at Bentley earlier this week – I think that’s definitely something we both share.

“The new Continental GT3 also looks fantastic and has already demonstrated its potential in Europe. This is the perfect partnership as we begin the next chapter in Phoenix Racing Asia’s history.” 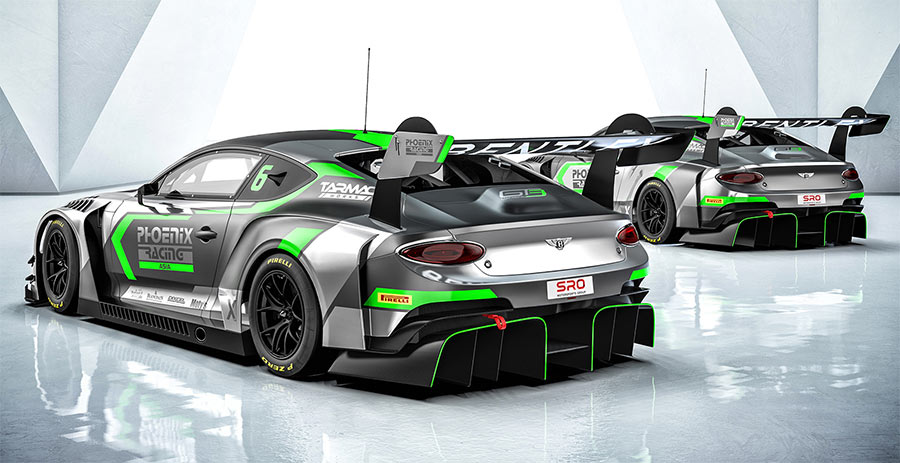 Developed by M-Sport, the second-generation Bentley Continental GT3 is based on the all-new Continental GT road car. Its mostly-aluminum structure cuts the race-ready weight down to under 1,300 kg. The engine is a re-engineered 4.0L twin-turbo V8 from the original Continental GT3 but with a redesigned dry sump, an all-new intake and exhaust, and produce in excess of 550 hp.