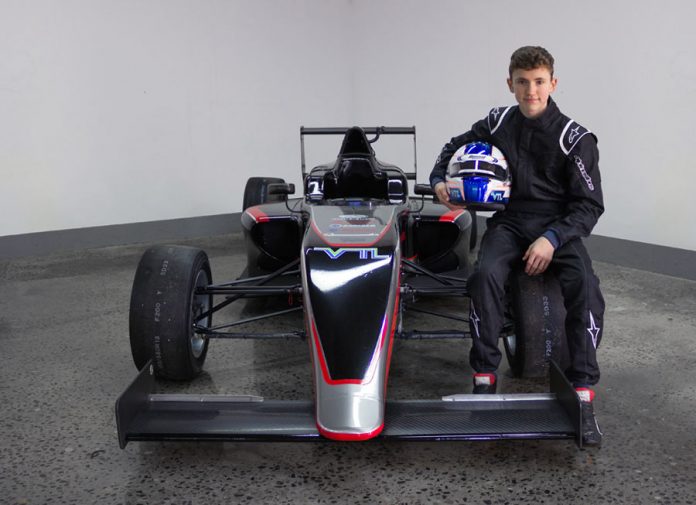 Venturing outside Asia for the very first time, Pinnacle Motorsport has revealed that they’re entering the Spanish F4 Championship this 2021. Fittingly, the Motorsport Ireland-licensed team has signed fellow Irish driver Alex Dunne for their single-car entry.

The 15-year-old from Dublin spent a number of successful seasons in karting. His talent for the sport was evident early on as he amassed a number of race victories in championships across his native Ireland and the UK. He then progressed to World and European OK Junior karting championships in 2018 and went on to win the WSK Champions Cup in 2019. Dunne most recently raced in the Senior category in 2020.

Dunne is now ready to move to single-seaters with the support of Motorsport Ireland’s new Race Academy. Preparations for the season are well underway before Pinnacle Motorsport travels to Spa-Francorchamps Circuit in Belgium for the first season test in early April.

The 2021 Spanish F4 Championship kicks off at the same circuit later that month. It’ll then move to Navarra, Portimao, MotorLand Aragon, Valencia, Jerez, until the season ender at the Catalunya Circuit in November to complete the 7-round championship.

Alex Dunne: “I’ve been doing a lot of work over the winter, with my physical training and also learning the tracks through sim racing, so I’m ready now for the real thing. This is a very exciting step especially with racing at such amazing venues as Spa and Portimao. The team will be a great fit for me as I know John already and I know he will help me to learn the car and achieve my goal of challenging for race wins and the championship. A lot of work has gone into putting this season together and I have to thank all of my backers, Motorsport Ireland, VTL, Harris, Maxus, Reynolds, Artisan, and NEA Designs as without their support I would not have this opportunity. I just want to get started now and I can’t wait to get back racing.”

John O’Hara, Team Director: “In our debut season entering Spanish F4 we’re pleased to have Alex Dunne racing with Pinnacle Motorsport. We’ve been watching Alex as he rose up the ranks in karting over the last few years. He’s a very talented driver and we look forward to strong results together.”