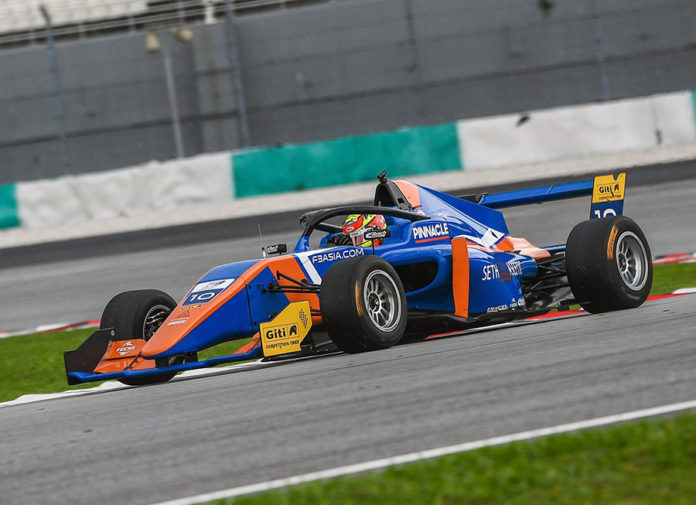 Irish-licensed team Pinnacle Motorsport really knows how to start the year with a bang. They’ve just confirmed a 3-car entry in the upcoming F3 Asian Winter Series. And we think they’ll have the most epic driver lineup when the season gets underway this January 11/13 at the Buriram International Circuit.

Amaury Cordeel is the youngest driver in the squad, who at only 16 years old, has already won the FIA Spanish Formula 4 Championship in 2018. The Belgian also contested in several different Formula 4 series across Europe and UAE to add to his experience. This, however, will be his first outing in the latest Tatuus F.3 T-318 machinery but we think they’ll do just fine.

His teammate will be Malaysian driver Akash Nandy who also competed in the inaugural F3 Asian Championship last year. Akash is a Formula Masters Series and Macau GP race winner. He finished 2nd overall in the 2015 German Formula 3 Cup and contested in the GP3 Series in 2016.

Amaury and Akash will then be joined by David Schumacher for the first 2 events of the F3 Asian Winter Series. If the name rings a bell, that’s because he’s the son of ex-Williams and Toyota Formula 1 driver Ralf Schumacher. Yes, that makes Mick his cousin and Michael his uncle. The younger Schumacher made his single seater debut just a year ago where he was crowned vice champion in the Formula 4 UAE Championship.

With such a high profile driver lineup, we’d imagine that there’d be a lot of eyes on Pinnacle Motorsport’s garage during the Winter Series. Hopefully, all those eyes will also get to see Amaury, Akash, and David on the podium.

John O’Hara, Team Director: “We closed 2018 by dominating the final event of the year. So to start the Asian Winter Series with such a promising driver lineup really gives us a lot of confidence. This will also be the most number of cars we’ve ever entered in the series and everyone at Pinnacle Motorsport is excited to take on the new challenge.”