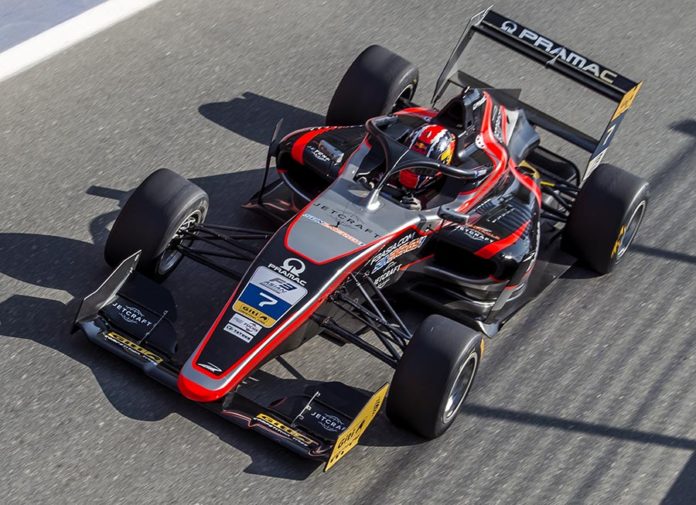 Since the season began 2 months ago, Pinnacle Motorsport has so far racked up 3 race wins and 8 podium finishes in this year’s F3 Asian Championship Certified by FIA. This places the Motorsport Ireland-licensed team 2nd in the team’s standings, while their driver Jack Doohan finds himself in a similar position in the drivers’ championship. Hence, their main focus for this coming weekend is to score maximum points at the Sepang International Circuit and close in on both titles.

Pinnacle Motorsport will be back to a 2-car lineup after Sebastián Fernández’s 2-race deal comes to an end. That leaves Doohan to head the team’s assault who’s currently 2nd overall in the championship. The young Australian has consistently delivered strong results all season, and if it weren’t for a DNF at Yas Marina that cost him a race win, would have been a lot closer to points leader Joey Alders.

Pietro Fittipaldi, on the other hand, has also impressed with his performance and continuously improves on his results at every outing. His best result to date is a podium finish during the previous event at the Yas Marina Circuit. Given his caliber and experience, the Brazilian will be now be eager to fight for victory in Malaysia.

Pinnacle Motorsport is now 2nd overall in the Team Standings heading into the penultimate round of 2020. And with Doohan and Fittipaldi, both drivers will be looking to add to the team’s points tally as they chase after the championship from February 14 to 15.

John O’Hara, Team Director: “We’re now fighting for both the driver’s and team’s championship with only two events left in the 2020 calendar. We want to give Jack and Pietro the best cars so they can fight for podiums and wins to take the title fight to the end.”