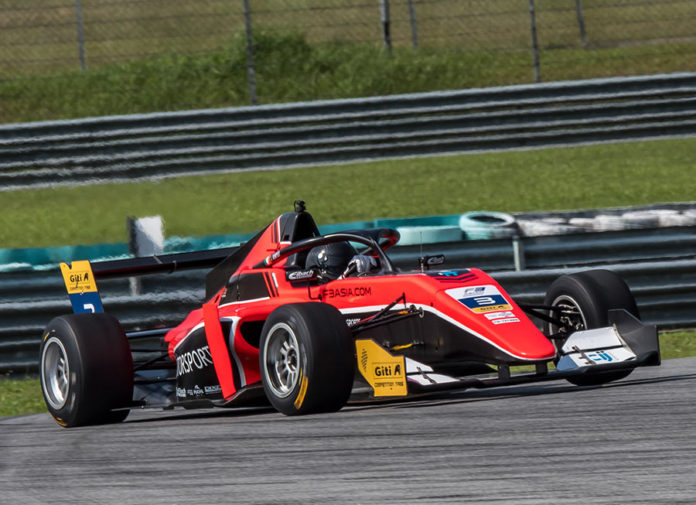 For the very first time in the series’ short history, the F3 Asian Championship Certified by FIA is visiting the famed Suzuka Circuit this weekend. Pinnacle Motorsports will be out in force in Japan for third event in the 2019 calendar with its drivers Thomas Smith and Jordan Dempsey.

Smith has shown big improvements at every outing so far this season, scoring a best 10th place finish last month. The Australian hopes to maintain the progress as he takes part in his third successive event.

Dempsey, on the other hand, is back with the team after missing out the previous round in Thailand. The young Irishman won the F4 Chinese title in 2018 also with Pinnacle Motorsport and is aiming to impress on his return to the regional F3 championship.

Meanwhile, Kiyoto Fujinami will be driving B-Max Racing Team’s lone entry which is run in collaboration with Pinnacle Motorsport. The 24-year-old competes in Super GT and Japanese F3 and is now looking forward to his F3 Asian debut with the new Halo-equipped Tatuus F.3 T-318.

Home to the Formula 1 Japanese Grand Prix, Suzuka Circuit will host the third event in the F3 Asian Championship’s 2019 calendar. Qualifying and Race 1 is scheduled on Saturday (June 22) followed by Race 2 and 3 on Sunday (June 23).

John O’Hara, Team Director: “This is the first time for the F3 Asian Championship to visit Suzuka and everyone in the team is eager to race on the famed circuit in Japan. Our target is still to deliver good results with Thomas Smith and Jordan Dempsey who’s back after missing the race in Thailand. We also have a new addition to our garage for the weekend, Super GT and Japan F3 driver Kiyoto Fujinami who’ll be competing under B-Max Racing Team.”