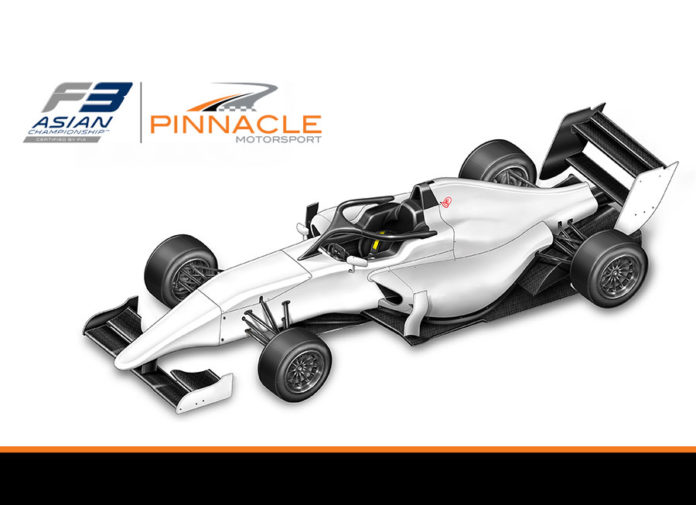 There’s going to be a new regional single-seater series this year called the F3 Asian Championship. Certified by the FIA, it’s meant to bridge the gap between F4 and international F3. The inaugural 2018 season is scheduled to begin in July and when it does, do look out for the 3 cars on the grid run by our friends from Pinnacle Motorsport.

The new junior series adopts the FIA’s new single chassis, single engine concept. All cars are identical and built by Tatuus fitted with F1-derived safety features such as wheel tethers, an extractable seat, and a new Halo device. Power then comes from a 4-cylinder turbo engine with 270 hp, while a 6-speed paddle shift gearbox transmits that to the ground.

Pinnacle Motorsport intends to run 3 cars this year with its driver lineup to be announced at a later date. The team expects theirs to be delivered sometime in June, giving them roughly a month to prepare before the season opener at the Sepang International Circuit in Malaysia.

With 3 races per event, the championship will then travel to China with stops at the Ningbo International Speedway and Shanghai International Circuit. It’ll then return to Malaysia for the finale in November.

This will be a new challenge for the team as they enter an unfamiliar series, with an unfamiliar car. But it shouldn’t be a problem for these guys who won the Formula Masters Series driver’s championship in 2017.

John O’Hara, Team Director: “Pinnacle Motorsport have enjoyed a very successful spell in single seaters in the region. We won the Formula Masters Series’ titles in 2017 and we see this as a valuable replacement. Our target is now to compete to win the F3 Asian Series.”