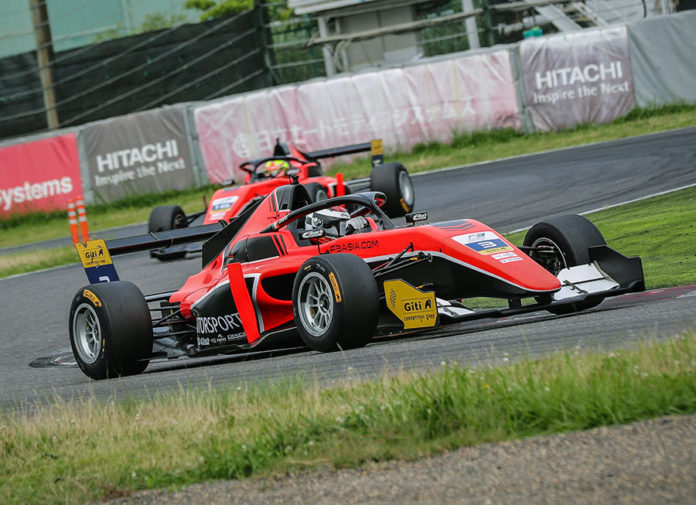 The F3 Asian Championship Certified by FIA is finally back after a long 2-month break as it heads to the Shanghai International Circuit this weekend. There, Pinnacle Motorsport is taking on the penultimate round of 2019 in full force adding a third car to its lineup.

Jordan Dempsey will be aiming to repeat his strong performance at Suzuka where he landed his maiden F3 Asian podium. The young Irishman has steadily improved over the season and currently sits 9th in the points standings despite missing the second round in Thailand.

His teammate Thomas Smith, on the other hand, is hoping for an incident-free weekend in Shanghai as technical setbacks have prevented the 17-year-old from delivering at his full potential in the past races.

Both will be joined by Ayrton Simmons who raced with Pinnacle Motorsport earlier this year. The Britton left a strong impression in the F3 Asian Championship by finishing in the top 5 on his debut. Now with backing from LED design solutions company Armadillo Lighting, he returns to the series fresh from scoring his third win in British F3 at Silverstone last month.

The Shanghai International Circuit will be hosing the first of 2 triple-headers in the F3 Asian Championship this weekend as the 2019 season draws to a close. Qualifying and Race 10 takes place on Saturday (September 7), followed by Race 11 and 12 on Sunday (September 8).

John O’Hara, Team Director: “It’s good to finally be back racing after such a long break. The team is looking forward to another strong weekend with Jordan and Tommy after scoring a podium at Suzuka. We’ve also brought a third entry with us to Shanghai. Ayrton Simmons is again with Pinnacle Motorsport and hoping we can repeat his impressive performance when he made his F3 Asian debut in Thailand a few months ago.”