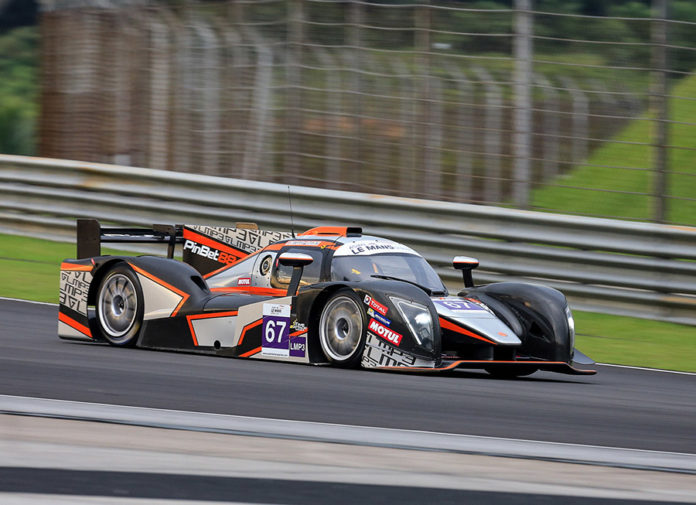 Pinnacle Racing Team (PRT Racing) made its competitive debut at the Asian Le Mans Sprint Cup. They entered all 3 events this year finishing on the podium thrice and winning once. This allowed them, and their drivers Ate De Jong and Charlie Robertson, to claim 2nd in both the Team’s and Driver’s LMP3 championship. Not bad for a rookie team.

Now, they’re back to take on a bigger challenge.

The Philippine-licensed team is running the same No. 67 Pinbet88-supported Ginetta LMP3 prototype, except this time it has to last a full 4 hours instead of just 1. It’s the same story for Ate and Charlie who will be reunited for the Endurance Series. But it’s not going to be a walk in the park sharing 240 minutes between 2 drivers. For that, they’ve recruited Martin Rump to be the team’s third driver for the 4 Hours of Zhuhai and 4 Hours of Fuji.

The 20-year-old Estonian might be new to endurance racing, but he’s no noob. Martin is the 2015 Formula Masters China Series (FMCS) champion and currently drives in the Audi R8 LMS Cup. So far, he has won 2 races on his rookie season and is 5th in the driver’s standing. Piloting a prototype shouldn’t be that difficult, right?

With a strong driver lineup, we’re quite sure PRT Racing can fight for a podium finish in the Asian Le Mans Endurance Series that starts this weekend. The 4 Hours of Zhuhai starts with 2 practice and 2 15-minute qualifying sessions on Saturday followed by the 4-hour race on Sunday.

Ate De Jong, PRT Racing Owner and Driver: “The team has worked really hard over the last few months to get everything ready for the endurance series. This will be PRT Racing’s first time to race four hours non-stop and I hope we can fight alongside the some of the more experienced squads on the grid. I’m definitely looking forward to race with Charlie again and I’m very happy to have Martin on board.”

Charlie Robertson, PRT Racing Driver: “It’s always good to be back with PRT Racing and to race in Asia with Ate and Martin. I’m confident that we have the fastest LMP3 car on the grid and if the Sprint Cup was any indication, we should be right up there with the front runners in the Endurance Series.”

Martin Rump, PRT Racing Driver: “I’d like to thank PRT Racing for giving me this opportunity to move up to endurance racing. I’ve been successful in single-seaters and GT cars, but this will be my first outing in an LMP3 prototype. I hope my experience will pay off and help the team secure strong finishes.”