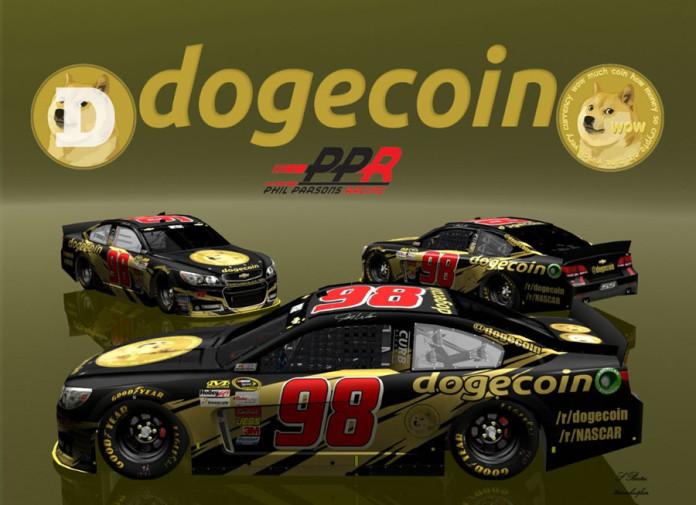 Remember when we wrote about how Reddit was raising $55,000 to put Doge in NASCAR? Well, guess what? These guys were able to raise the amount in less than a week! No joke. That means we’ll now see our beloved Shiba Inu meme race in NASCAR.

More specifically, this stunt raised funds for Josh Wise’s largely unfunded No. 98 Chevrolet SS with the help of cryptocurrency Dogecoin (Ð). The $55,000 (or Ð67.8 million) would be enough to pay for Josh’s ride, plus cover his stock car in an epic Dogecoin race livery. Although we still don’t know what the final Doge4Nascar race livery will look like, we’ll eventually see it hit the track on the 4th of May at the Aaron’s 499 at the Talladega Superspeedway.

The ‘Doge4Nascar’ cause received well over 1,200 individual donations that average at $41 each according to Dogecoin Foundation member Ben Doenberg. There was even one guy who donated 20 million Dogecoins (instead of only 2 million), who claims it was an ‘accident’. That’s $15,000 instead of $1,500! Mind you, the guy owns a Dogecoin exchange company. *hint hint*

Apart from funding the dreams of a race car driver, this stunt also earns Dogecoin A LOT of publicity and could get it ahead of other cryptocurrencies such as BitCoin. Still, raising that much money in a span of a few days is nothing short of a miracle.

Best of luck to Josh Wise and congratulations to all Doge and NASCAR fans who donated to make this possible.