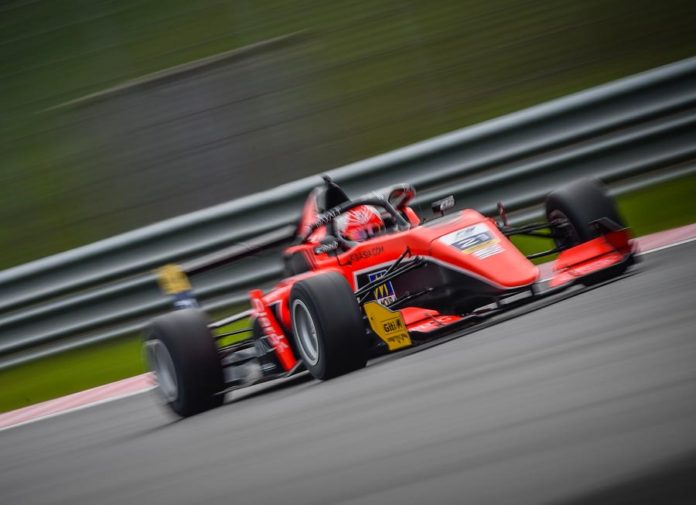 Still fresh from their pole-to-flag win at the season opener in Malaysia, Pinnacle Motorsport is heading to the UAE in high spirits as the F3 Asian Championship Certified by FIA resumes this weekend. The team also has added Sebastián Fernández to their driver lineup, expanding to a 3-car entry, to bolster their chances of winning at the Dubai Autodrome this weekend.

Fernández will be racing alongside Jack Doohan and Pietro Fittipaldi for the back-to-back rounds in the UAE. The Spanish-Venezuelan is an established driver in single-seaters with his experience in the Italian, Spanish, German, and UAE championships of Formula 4. He then entered a full season in European F3 in 2018 before moving up to FIA Formula 3 in 2019.

Meanwhile, his new teammate Jack Doohan made an impressive start to the season back in December. After finishing runner-up in 2019, the Red Bull Junior Team driver delivered his first win with Pinnacle Motorsport at the Sepang International Circuit. Along with his podium finish, the 16-year-old is currently 2nd overall in the Drivers’ Standings heading into the weekend.

Haas F1 test driver Pietro Fittipaldi, on the other hand, aims to bounce back after a troubled weekend in Malaysia. The Brazilian ran into mechanical issues during his F3 Asian debut, which prevented him from running at his full potential. But expect to see him fight at the front when the championship resumes this weekend.

Running alongside the 24H Dubai, the on-track action begins on a Thursday (January 9) with Qualifying and Race 1. Race 2 and 3 then follows on Friday (January 10) at the 5.390 km Dubai Autodrome.

John O’Hara, Team Director: “This is the series’ first time to visit the Dubai Autodrome, so it’s going to be a very interesting race weekend for everyone. We are confident we can maintain our strong momentum and repeat our race victory in Malaysia especially with a new recruit joining us here in UAE. We’d like to welcome Sebastián Fernández to Pinnacle Motorsport and we look forward to see him bring the fight to the front alongside his teammates Jack and Pietro.”