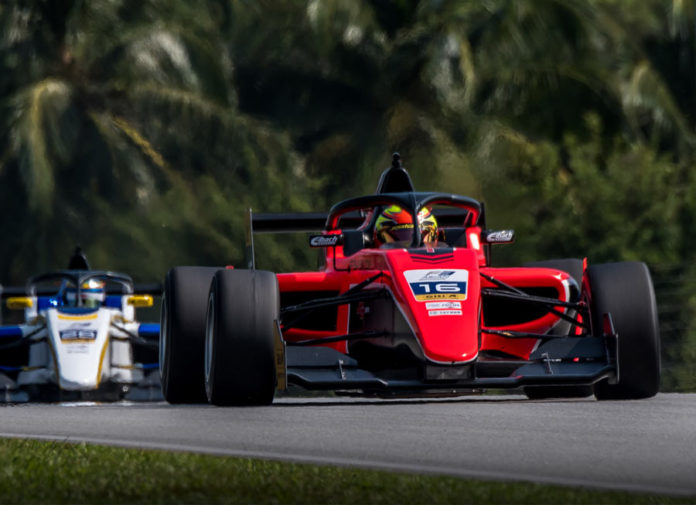 Everyone at Pinnacle Motorsport is looking forward to yet another productive race weekend as the F3 Asian Championship Certified by FIA visits the Buriram International Circuit this May 10/12. This time, the Irish-licensed team will run 3 cars in the series’ second event with 2 new drivers.

Thomas Smith is back behind the #16 machine to head the team’s lineup. The Australian will be looking to improve on his 12th and 13th place finishes in Malaysia and hopefully be quick enough bring the fight to the front runners.

His teammate Jordan Dempsey, however, won’t make it to Thailand and is instead replaced by Ayrton Simmons. The 18-year-old Britton began his single seater career in the British F4 Championship where he finished vice champion in 2018. He then graduated into British F3 where he currently sits 3rd in the Drivers’ Standings. Notably, this will be Simmons’ first time to race in Asia.

After making a single appearance in the Asian Winter Series, Miki Koyama is again driving under the colors of B-Max Racing Team. She’s now a full-fledged W Series driver and will be coming straight from Hockenheim, Germany where she finished 7th during the all-female F3 series’ season opener.

John O’Hara, Team Director: “We’re happy to be back in Buriram and have good memories from the circuit. This time we now have a revised driver lineup for the F3 Asian weekend, but our goal remains the same. Thomas Smith will be joined by Ayrton Simmons from the UK who’s a top driver in British F3. Also, W Series driver Miki Koyama will be again driving for the B-Max Racing Team.”