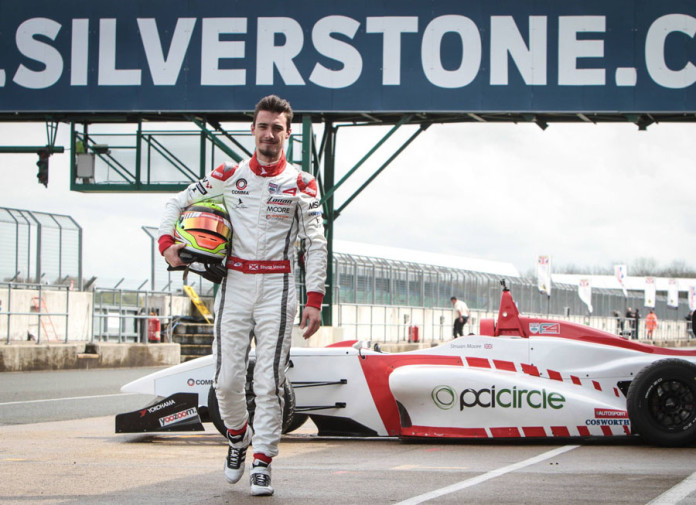 This 2015, Struan Moore will be graduating from Formula 4 as he joins KC Motorgroup Ltd. (KCMG) to compete in the All-Japan Formula 3 Championship. And from the looks of it, he’ll be competing in all the 8 races this year.

The young 19-year-old Britton got the Hong Kong-based team’s attention with his impressive performance in the 2014 season. Competing in the BRCD Formula 4 Championship with Lanan Racing, Moore scored a total of 7 podiums, a feature race win, and a one-off round at the MRF Championship in Bahrain. Hopefully, can maintain his form as he jumps to a much quicker Toyota-powered Dallara F313 in 2015.

Struan Moore: “After a successful 2014, I’m so pleased to be joining such a well-established and growing team. I’m looking forward to the challenge and testing my skills against some top class drivers. With KCMG, we’ve mapped out a clear development path with opportunities in WEC alongside my Japanese F3 commitments. I can’t wait to get my F3 testing underway.”

Paul Ip, KCMG Founder: “We’re delighted to add Struan to our driver roster. We have kept an eye on his development throughout 2014 and have been impressed with his race-craft at such a young age. In Bahrain, we were in attendance with our WEC team and saw Struan show his potential with an MRF victory, which left us in no doubt that we’ve chosen the right man.”

Ryuji Doi, Head of KCMG Motorsport: “Struan brings tremendous talent and enthusiasm to our F3 team. We saw first-hand his skill inside the car and his feedback and interaction with his engineers was very impressive. We have an exciting year ahead and we look forward to developing Struan’s career.”