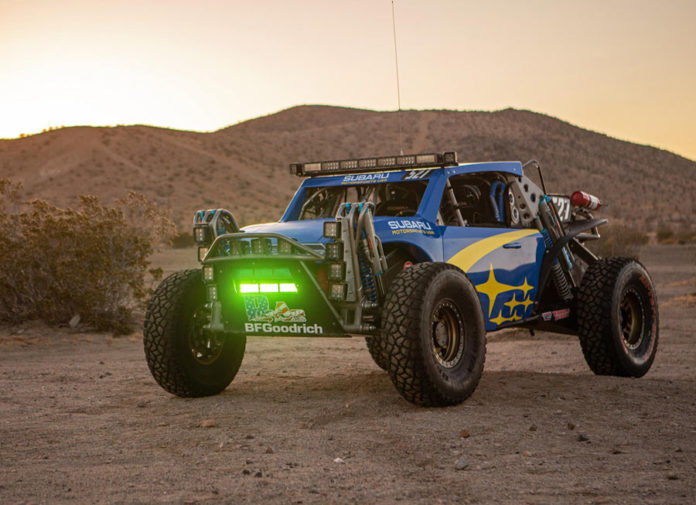 There’s a Subaru that’s competing in this year’s Baja 500. Entered by Grabowski Brothers Racing, the ‘Subaru Crosstrek Desert Racer’ is a purpose-built, lightweight dune buggy made to conquer the desert. However, it shares nothing in common with the average Crosstek crossover except for the name and perhaps its BOXER engine.

This is a completely different discipline to Subaru’s past exploits in the WRC or Rally America. The ‘Desert Racer’ is built around a tubular chassis, fitted with long-travel shocks, and rides on 35-inch off road tires. There is also no windshield nor does it have symmetrical all-wheel-drive. But what ties it to Subaru’s lineage is its new blue-and-gold livery and the Subaru 2.5L N/A BOXER engine built by Crawford Performance to put out 300 hp. 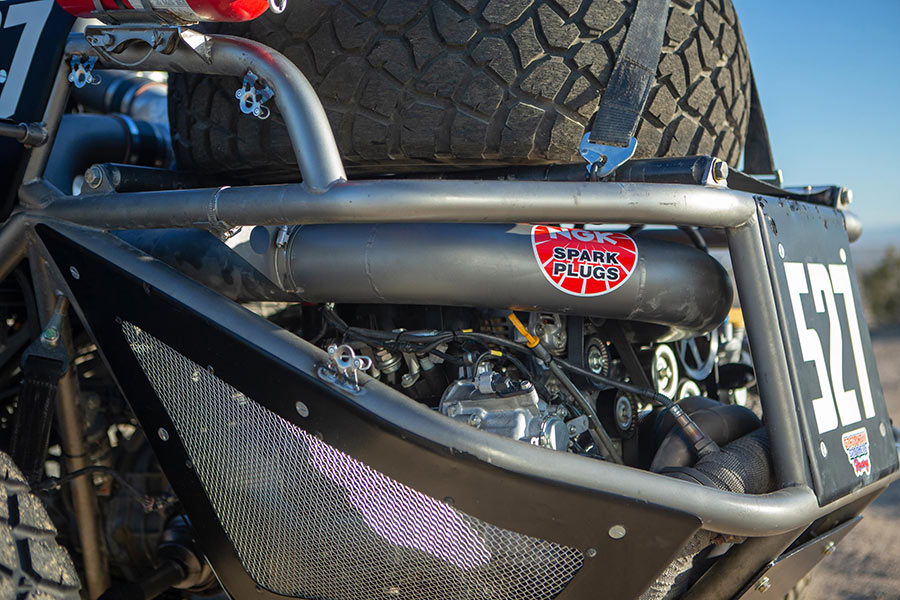 If you must know, the Subaru Crosstrek Desert Racer is not new. It’s been in active service since 2016 and had some success along the way. The team won class victories every year with the most recent being the Las Vegas to Reno race in 2018. It’ll take another shot at the Baja 500’s SCORE Class 5 category where it came 2nd on its previous attempt.

Crawford Performance founder Quirt Crawford shares that it’s their goal to officially take Subaru into desert racing and show just how capable their engines can be.

“My goal with the Crosstrek Desert Racer program was to show what was possible with a non-turbocharged boxer engine in an unlimited class, and the results so far have been very strong,” he said. “I’m looking forward to bringing the car back to Baja this year and showing what it can do!”

Expect to see the Subaru Crosstrek Desert Racer at the Baja 500 this June 1. It’ll then defend its title in the Las Vegas to Reno event tin August before moving to the much longer Baja 1000 in November. 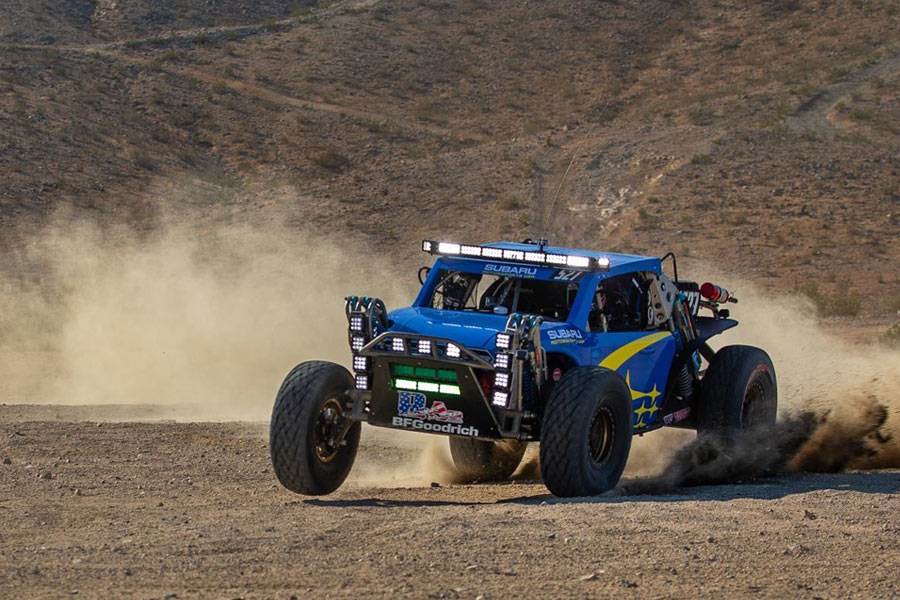