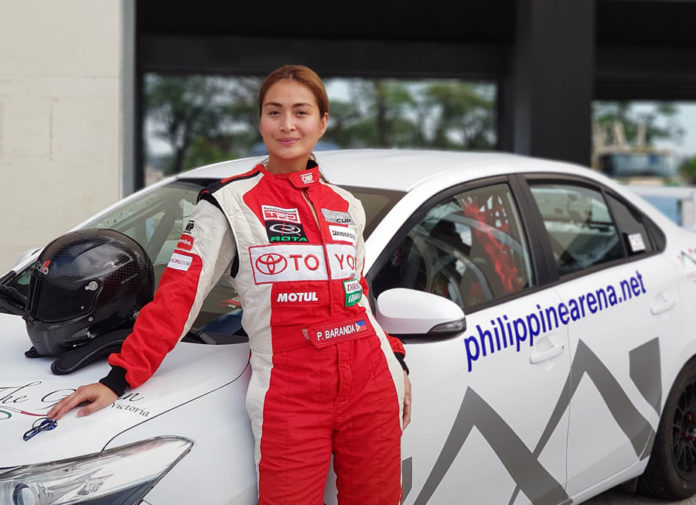 A familiar face is returning to the Toyota Vios Cup’s grid this 2018. Back after a year-long break, celebrity driver Phoemela Baranda is thrilled to be driving for the new Team Philippine Arena. She couldn’t pass up an opportunity this good and is looking forward to an exciting season racing with the big boys in the Sporting Class.

Team Philippine Arena’s goal in entering the country’s biggest one-make-race is to invite people to visit their 140-hectare tourism zone when traveling up north. The most fitting occasion would be during Vios Cup race weekends at the Clark international Speedway (CIS).

Phoem will be racing the #79 Vios Cup of Team Philippine Area throughout the 2018 season. She’ll be the lone female driver in a grid of 15 cars in the Bridgestone Sporting Class, which is the second highest category of the championship. But this is a welcome challenge for the model, actress, and tv personality, who in reality is a also seasoned race car driver. She finished runner-up in the Celebrity Class back in ’15 and her return to the series marks her 3rd year in the Vios Cup. 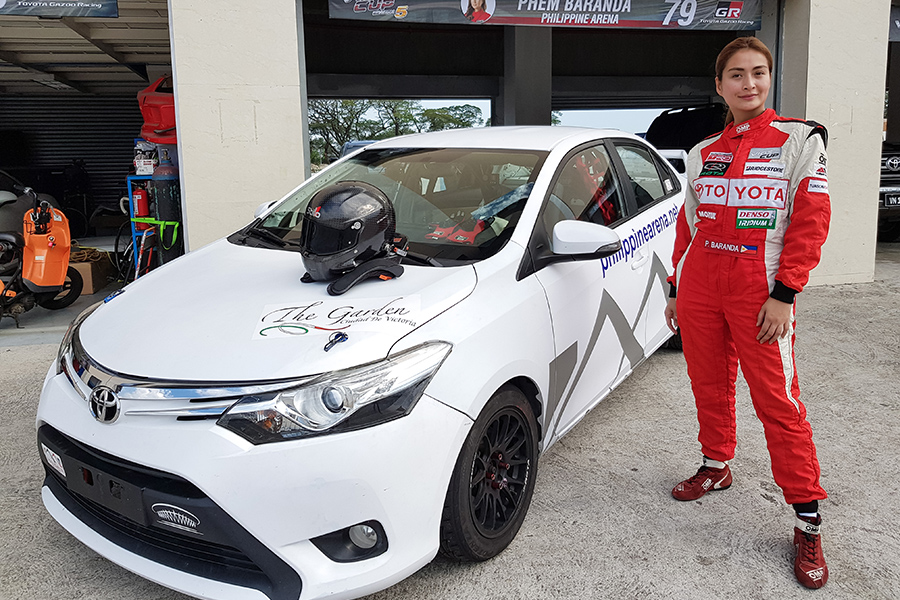 Aside from the Philippine Arena, the team also wants to highlight the new North Luzon Express Terminal (NLET). The integrated bus terminal will cater to 97,000 people who travel to and from the north daily. It aims to remove around 6,000 provincial buses from Metro Manila’s roads, easing traffic congestion, reducing travel time for commuters, and lowering cost for bus operators.

The 2018 Toyota Vios Cup features 10 races in 3 events. It’ll visit the Clark International Speedway in April and September for the season opener and finale, while a race at the end of July will be held at the Filinvest Street Circuit in Alabang.

Phoemela Baranda: “I’m very happy that I’m back in the Vios Cup and be part of Team Philippine Arena. There’s a bit more pressure this year as I’m no longer racing in the Celebrity Class, but my time in the Vios Cup has trained me well. I’m excited to take on the new challenges in the Sporting Class and I’d like to thank the team for trusting me to be their driver. I’ll do my best and give 100%.”