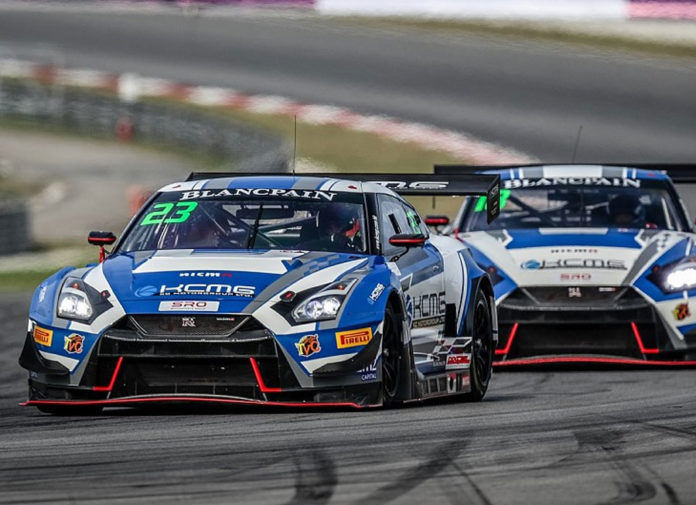 At this year’s FIA GT World Cup in Macau, there will be 3 factory-backed Nissan GT-R NISMO GT3s on the grid entered by KC Motorgroup Ltd. (KCMG). They were the very first to confirm out of all new and returning teams and was announced just days after the FIA began accepting entries.

The Hong Kong-based squad, which is Nissan’s official partner in the Blancpain GT Series Asia, is already competing in the championship with the new car. They recently took an overall podium at Suzuka as well as a Pro/Am class win with their 2-car lineup. But the team will bring a 3rd machine for the Guia Race this November 16/18.

KCMG has yet to reveal who their drivers will be. However, we can speculate that they’ll be picking from their current roster that includes Yukinori Taniguchi, Tsugio Matsuda, Alexandre Imperatori, Edoardo Liberati, and Florian Strauss.

Ryuji Doi, head of KCMG Motorsport, was eager to announce their entry: “We are no strangers to Macau having run cars in a variety of categories there before, but our new official NISMO partnership allows us to embark on another really exciting opportunity there.

“We have already witnessed the level of professionalism in the FIA GT World Cup paddock, and also benefit from first-hand experience of racing against some of the same teams in Blancpain GT Series Asia. It promises to be another fantastic event, and one that KCMG is very eager to win with NISMO.”

While NISMO has been to the Macau GP on previous occasions, having participated in the 2014 with the previous-generation GT-R NISMO GT-3, this will be the 2018-spec machine’s debut at Macau.

While this will be the 2018-spec GT-R NISMO GT3’s debut at Macau, the Japanese automaker has been to the prestigious event on past occasions. They raced with an older generation R35 GT-R in 2014 before the race gained FIA GT World Cup status. A Group A-spec R32 GT-R driven by Masahiro Hasemi also won at Macau in 1990.

The FIA GT World Cup is reserved for factory-assisted teams and Gold or Platinum drivers. There will be a 12-lap Qualifying Race and a 18-lap Main Race over the course of the weekend, that’s IF all cars can make it to the chequered flag. Remember that more than half the grid was wiped out in a first-lap pile up in 2017. Even weirder was when Laurens Vanthoor won the 2016 race on his roof.