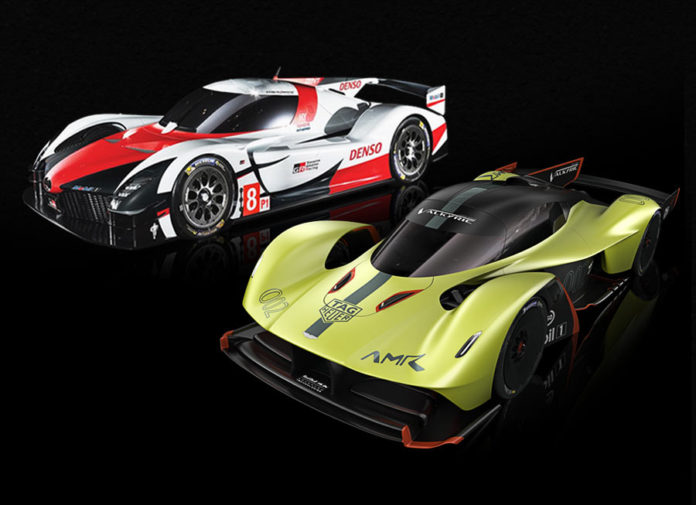 With the multitude of multimillion-dollar hypercars popping up in recent years, have you ever thought to your self, “Wouldn’t it be great to see them race head-to-head on the track?” Thanks to the newly-released Automobile Club de l’Ouest’s (ACO) new hypercar rules, you will.

Taking effect in 2020, the World Endurance Championship (WEC) will replace LMP1 with ‘Hypercars’ as its new premier category. It was made to rejuvenate the competition and attract manufacturers back to the 24 Hours of Le Mans after Audi and Porsche left a gaping hole in the sport a few seasons ago.

What’s enticing about the new category is that it allows factory teams to compete with existing road-going hypercars so as long as they meet the regulations and built at least 20 street-legal examples. Another option is to design a new car altogether built in the ‘essence’ of a hypercar.

ACO regulations allow competitors to have a range of design freedom, so expect too see varying designs to come from each manufacturer. This is a departure from the near-identical LMP prototypes that run today. Rules limit engine output to 750 hp and minimum weight to 1,100 kg, while use of hybrid systems of up to 270 hp is permitted but not mandatory. Although this means that some entries may have to detune their performance hypercars, it’s all in the name of having a good race on track.

As of now, 2 manufacturers have already confirmed their entries.

Fresh from its second Le Mans 24 Hour win, Toyota GAZOO Racing is continuing its participation in the WEC with an entry based on the GR Super Sport it teased last year. The concept uses a 2.4L twin-turbo V6 that’s coupled with the Toyota Hybrid System-Racing (THS-R) technology taken directly from the TS050. When combined, it’s capable of producing 986 hp. Though the GR Super Sport is still in the prototype stage, the Japanese squad has already begun track testing since its announcement.

Perhaps a more familiar sight is Aston Martin’s entry. Developed in collaboration with Red Bull Racing, the company is slated to enter their road-legal track car, the Valkyrie. The chassis is largely based on lessons learned from Formula 1 with active aero and a large rear diffuser. It’s powered by a naturally-aspirated 6.5L V12 that, when coupled with its hybrid system, gives the Valkyrie a whopping 1,160 hp on tap. Since the whole car only weighs around 1,000 kg, it achieves a power-to-weight ratio of about 1:1. The Valkyrie is valued at $3.2 million and all 150 examples have all been spoken for. But that shouldn’t stop Aston Martin from building a few more to enter Le Mans.

Another potential entry is McLaren who has expressed interest in the ACO’s new hypercar rules. If they do push through, it would make for a quite epic comeback to follow up on the success of the mighty McLaren F1 GTR.

The new regulations could revive the legendary rivalries and homologation specials brought about by the GT1 class of the ’90s. Following the success of the F1 GTR, manufacturers jumped on the bandwagon with their own creations such as the Porsche 911 GT1, Mercedes-Benz CLK GTR and its backflipping successor the CLR, Toyota TS020, and Nissan R390 GT1. The machines from that era were a different sight from the modern but uniform LMP cars of this decade. While the 2 are equally exciting to watch, there was something different in seeing your dreams cars race on track.

It’s only a short wait ’til we see the GR Super Sport and Valkyrie go at each other as the ACO’s hypercar rules take effect this September at the 6 Hours of Silverstone.