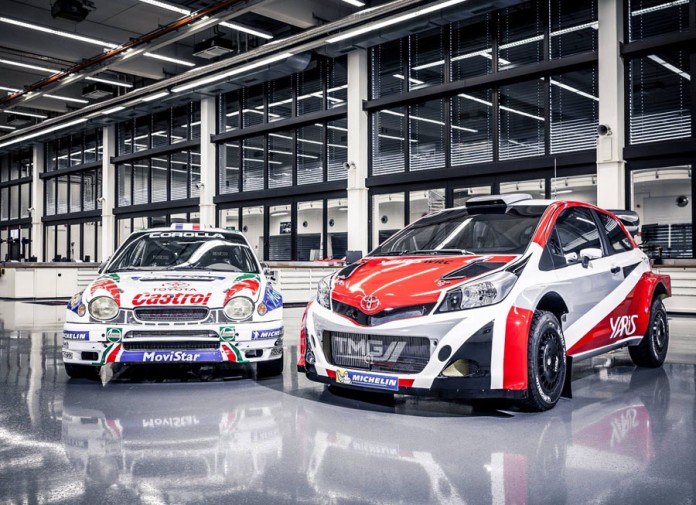 After an 18 year absence, Toyota is finally returning to the stages of the World Rally Championship (WRC) in 2017.

Ending years of speculation, the announcement was made by Toyota Motor Corporation (TMC) President Akio Toyota during a press conference in Tokyo. He also confirmed that the world’s largest automaker will once again be working with Cologne-based Toyota Motorsport GmbH (TMG) – the exact same team that handles their current Le Mans and ex-Formula 1 program. More importantly, it’s the same group that brought Toyota to 7 world rally titles between ’90 and ’99 when they were still known as Toyota Team Europe (TTE).

If you still remember the Celica GT-Four ST165, ST185, ST205, and Corolla WRC, that’s them. And Carlos Sainz’ and Juha Kankkunen’s, and Didier Auriol’s drivers’ titles? Yeah, that’s them too.

“Last time we competed was in 1999. That makes me think we are not announcing a return, but perhaps a start. We must begin again from scratch and carefully prepare both team and cars,” said Toyoda.

But what prompted Toyota to return to the WRC? Apparently, one of the factors came around when Toyoda visited Rally Finland in 2014. No, it wasn’t because of his four-wheel-drive Toyota GT86 WRC built by Tommi Mäkinen Racing (TMR). Rather, it was the passion people still had for Toyota’s past victories.

“During my time there many rally fans asked me when Toyota would come back to WRC. People talked about Toyota’s history in WRC, and I was filled with surprise and gratitude that so many people remembered,” recalled Toyoda.

Another thing that could have lured Toyota are the new WRC regulations that will take effect in 2017. Although still not final, rule changes that year will allow manufacturers to run pretty much whatever engine they want, giving them more flexibility in terms of R&D.

If that’s the case, expect the Yaris WRC built by TMG to change drastically before it hits the stages in 2 years time. And when it does, we’ll be cheering it on as Toyota goes up against Volkswagen, Hyundai, Citroën, and Ford run by M-Sport.

Now the only question is, ‘Where the hell are Mitsubishi and Subaru?’