Toyota Team Cebu (TTC) will be out to prove a point when the Vios Cup hits the Manila South Circuit in Filinvest, Alabang. Having won the ‘Best Team Award’ at the season opener last May, they currently lead the overall team standings and plan to keep it that way when the chequered flag drops this weekend.

Their 7-car assault is once again headed by Jette Calderon and Sean Velasco in the top-tier Super Sporting Class.

“Although overtaking is always tough on a street circuit, the team has good experience on tight, small race tracks. This should give us a slight advantage and I expect good results,” commented Jette who currently sits 6th in the driver’s standings.

Likewise, Sean feels optimistic that he’ll have a good shot at a podium. He has won in Alabang twice back when he was still in the Sporting Class and would like to do so again now that he has moved up to Super Sporting. 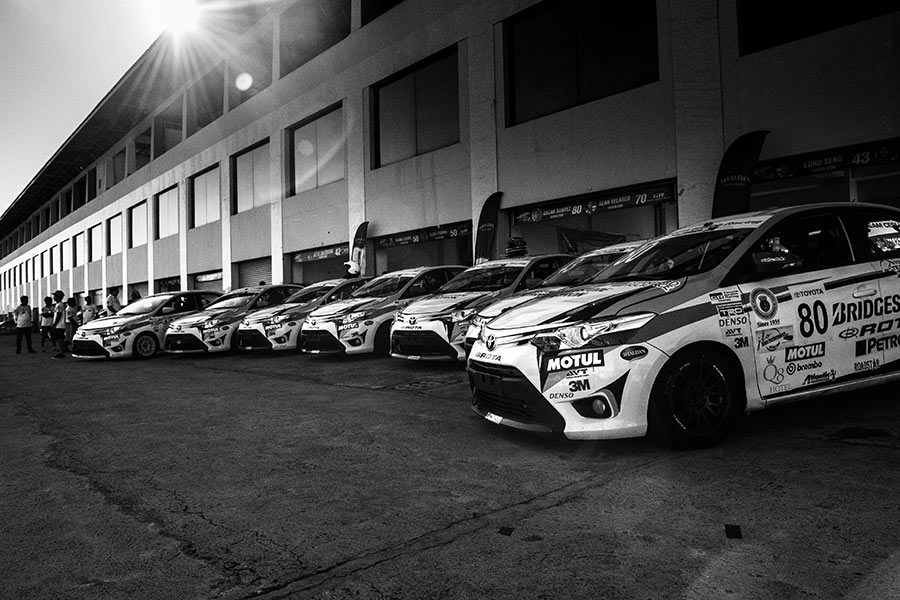 Meanwhile, their teammates Lord Seno and Oscar Suarez will have their hands full in the Bridgestone Sporting Class.

Lord’s #43 car is carrying an extra 50 kg in penalty weight for his 1st and 2nd place finishes in Round 1. The tight circuit layout further amplifies the handicap, specially under braking and acceleration. This will make it even tougher for TTC’s team captain to get ahead of his rivals in the championship race.

With 3 DNFs on his previous outing, Oscar really needs to pull off a miracle in Alabang to catch up. But despite the odds and challenges ahead, he’s confident that he can do well. 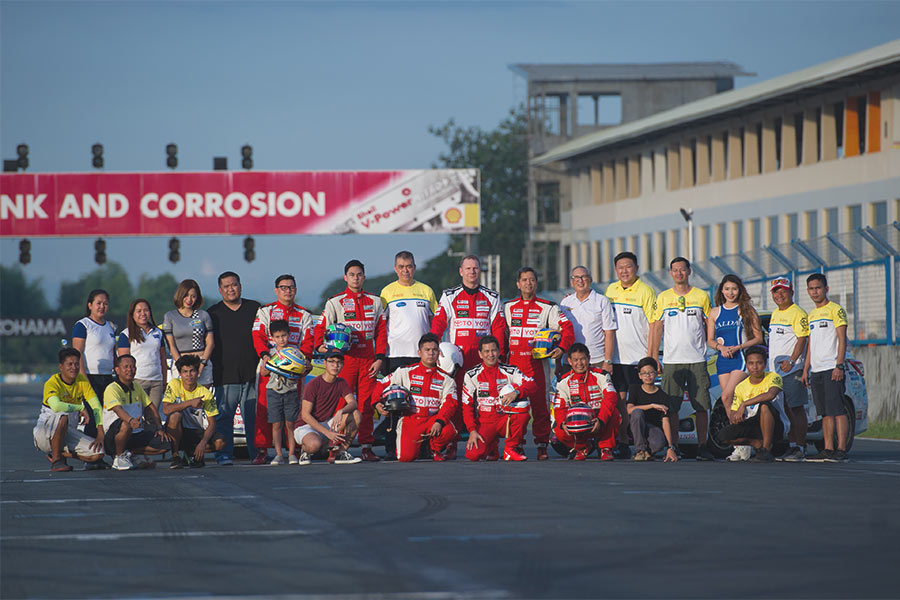 As for TTC’s assault in the ROTA Promotional Class, Clive Fermin, Bobby Pangilinan, and Brian Currie know that it won’t be easy racing with 22 cars on the grid on such a short, narrow circuit.

“One can’t really predict what will happen in a street race. The group I’m in have shown nothing but respect for each other on and off the track so I hope we can have a clean race. Bobby, Brian, and I will work together comparing setups and sharing notes, but there are no team orders once the visor is down,” said Clive.

Bobby, on the other hand, will have his hands full as he needs to start from the back of the grid. This was a technical penalty incurred from the previous round after the team opened his engine for repairs. And on a circuit where overtaking is near-impossible, his main goal is simply to collect as many points as possible for TTC.

Then there’s ‘Big Chief’ Brian Currie who believes that qualifying well and starting near the front will be key this weekend. But as far as teamwork goes: “I don’t think we’ll be able to help each other as teammates simply due to the nature of the track. We’ll certainly try not to get in each other’s way and score some solid points for the team.”

Round 2 of the 2018 Toyota Vios Cup will run on a 1.74 km non-permanent race track at the Manila South Circuit in Filinvest, Alabang. The route cuts through Promenade Ave, ASEAN Drive, Commerce Ave, Corporate Ave, and East Asia Drive. Free Practice and Qualifying are scheduled on Saturday (July 28) while Race 1 and 2 for all classes will take place on Sunday (July 29).