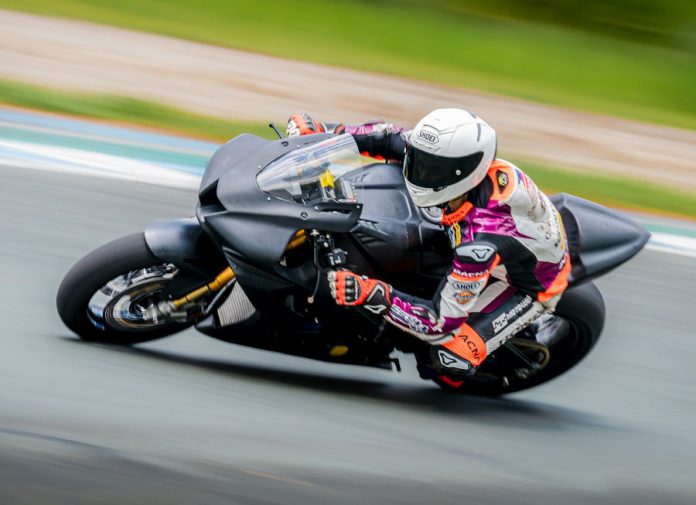 There will be a third Alberto on the Philippine Superbike Championship (PSBK) grid this weekend. Access Plus Racing-Okada Manila has confirmed that Troy Alberto will join the team’s lineup alongside his father Toti and older brother Timothy Joseph “TJ” as the series returns from a near four month-long break.

While he sports the same purple-and-white colors of Okada Manila, Troy is set to contest Rounds 3 and 4 onboard a Honda CBR1000RR unlike TJ and Toti who are campaigning Ducati Panigale V4Rs. It has been over a year since his last competitive outing in the region and would have made his PSBK comeback a lot sooner if it weren’t for a shoulder injury that he sustained earlier this year. The 20-year-old is eager to deliver strong results at the Clark International Speedway (CIS) and add to the team’s tally of trophies and race wins in the Expert Class.

His older brother TJ, on the other hand, enjoyed a dominant start to the season. He scored a hat-trick back in June followed by a very memorable 2nd place in frantic photo finish battle with BMW’s Marvin Mangulabnan. Likewise, family patriarch Toti was unchallenged in the Masters Class and had a clean sweep of the top step of the podium during the season opener. Both have been busy improving the team’s Panigale V4R and are set to further assert their dominance in the championship.

Tightening health protocols back in August forced PSBK organizers to move the original schedule to its new date in October. Qualifying will be held on the 1st October, followed by Races 1 and 2 on Saturday, and Races 3 and 4 on Sunday.

TJ Alberto: “I’m looking forward to this weekend’s races after nearly a four month break. The team has done a great job since our last outing in June to further improve on an already good bike and based on qualifying pace we’re confident we can repeat our success from the opening round. We currently have the points lead and the objective of Access Plus Racing-Okada Manila is to continue to increase the gap in the championship.”

Troy Alberto: “I’m so excited to be racing again this weekend. I haven’t raced in a year and a half and I also wasn’t able to race the last PSBK because of a shoulder injury. It’s going be a fun weekend getting back into it. After being on 250s and 600s since 2018, my aim is to improve as the weekend goes on and hope to see results at the end.”

Toti Alberto: “It brings me a lot of joy to be able to race alongside my sons once again and share our passion together. I’m confident that TJ and Troy are well capable of delivering strong results this weekend and looking forward to share this experience with them. But the family of Access Plus Racing-Okada Manila is more than just the three of us. Every single member of the team is part of our extended family and contributes to all our successes on track.”