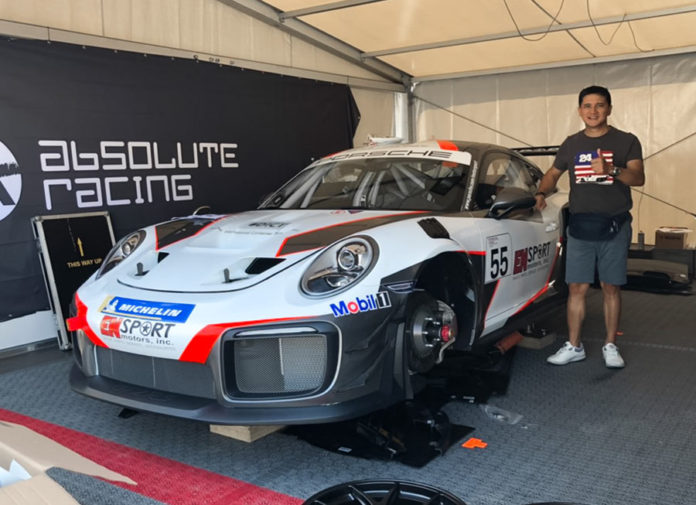 Having raced on the best circuits in Asia, Vincent Floirendo now turns his attention to the renowned Circuit de Spa-Francorchamps in Belgium where he’s scheduled to compete this July 25/27. There, he’ll be piloting a brand new 911 GT2 RS Clubsport in the Porsche Motorsport GT2 Supersportscar Weekend as part of the 24 Hours of Spa.

Vincent’s #55 EN Sport by Absolute Racing entry is 1 of the 200 limited edition 911 GT2 RS Clubsports built by Porsche. It’s the non-street legal, track-only version of the already-potent 911 GT2 RS. This one in particular packs a 3.8L twin-turbo flat-6 that sends 700 hp via an optimized 7-speed PDK to the rear wheels. It’s also 80 kg lighter than the standard GT2 RS, plus all the FIA-required safety equipment including a racing bucket seat, safety cage, fire extinguisher, and 115L safety fuel cell.

12 examples of this ultra-rare supercar from Weissach will take part in Porsche’s one-make race this weekend. But in a grid full of the rarest of the rare will also be a trio of Porsche new 935s, produced in an even more limited run of 77 units worldwide. 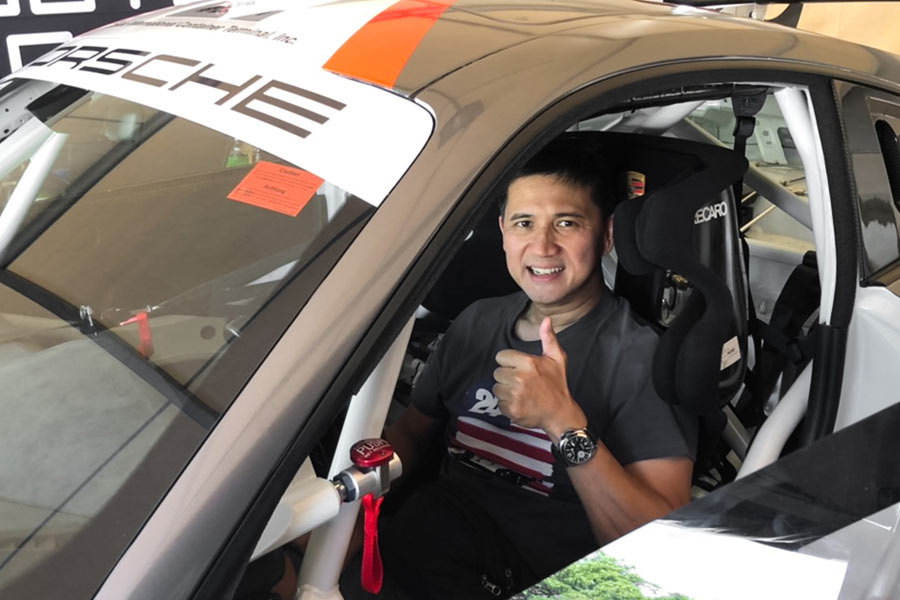 The 2-time Philippine GT champion, ex-Ferrari Challenge Asia Pacific, and Audi R8 LMS Cup driver is not just the lone Philippine driver on the grid this weekend, but is also the only one from Asia. He’ll be sharing the 7.004 km circuit with some of the best drivers from Austria, Belgium, Germany, Norway, Sweden, UK, and USA.

Qualifying will take place on Friday (July 26), followed by Race 1 in the afternoon and Race 2 on Saturday (July 27).

Vincent Floirendo: “This will be my first time to drive at Spa-Francorchamps and my first time to race a rear-engined race car. It’s definitely going to be wild weekend, but I’m looking forward to having a great time behind the wheel of the new 911 GT2 RS Clubsport on one of the most renowned circuits in the world. If things go well, we hope to join more GT2 races this year in the upcoming events by the SRO.” 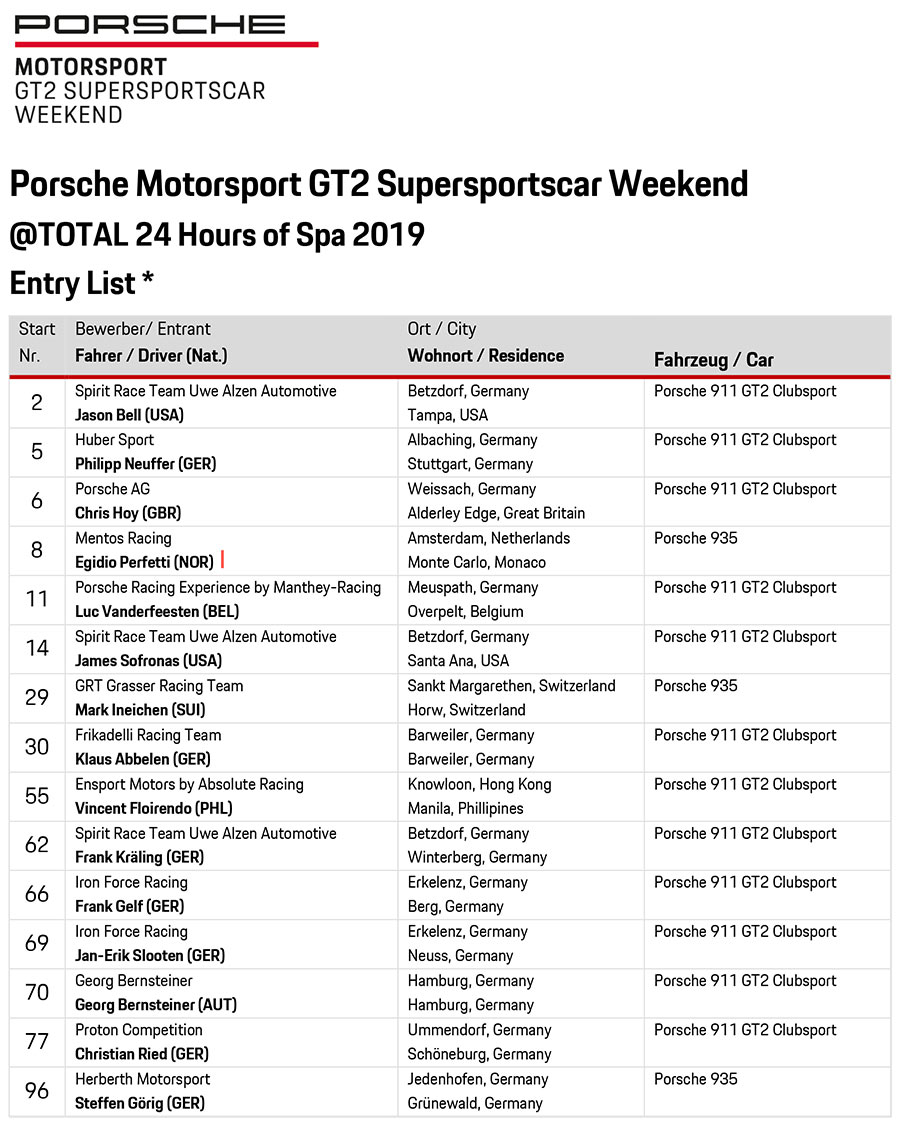