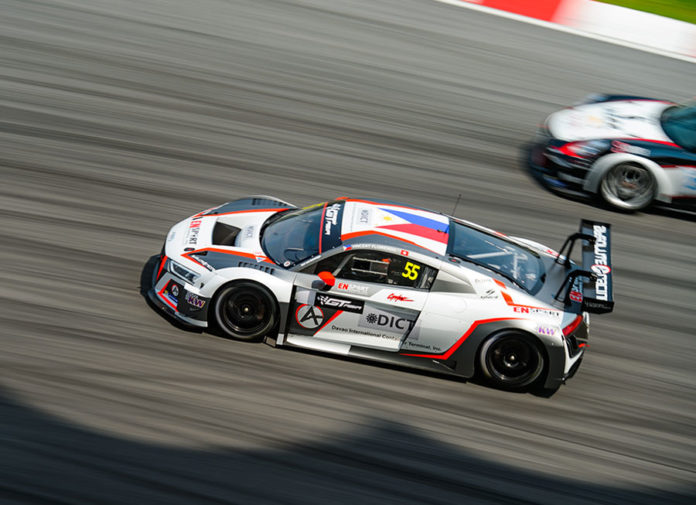 It’s been a over a year since his last race, but Vincent ‘Enteng’ Floirendo is finally being re-united with his Audi R8 LMS GT3 this weekend. That’s because the veteran Filipino driver is at the Sepang International Circuit (SIC) from March 30 to April 1 for the GT Asia Series’ 2018 season opener.

The 2-time Philippine GT champion, ex-Ferrari Challenge Asia Pacific, and ex-Audi R8 LMS Cup driver spent the last few weeks preparing for this race weekend. Most of the work took place at the gym since Vincent now has to run longer 1-hour races in GT Asia.

However, he won’t be taking on the challenge by himself.

Vincent will share the #55 EN Sport by Absolute Racing machine with Adderly Fong. The driver from Hong Kong brings with him years of experience racing in British Formula 3, GP3, LMP2, and also in the Audi R8 LMS Cup. He also had stints testing with Sauber F1 and was signed as a Lotus F1 development driver in 2015.

The duo will be competing in the full GT Asia Series’ 2018 calendar with 4 rounds scheduled this year. And it all starts this weekend in Malaysia as part of the Thailand Super Series. 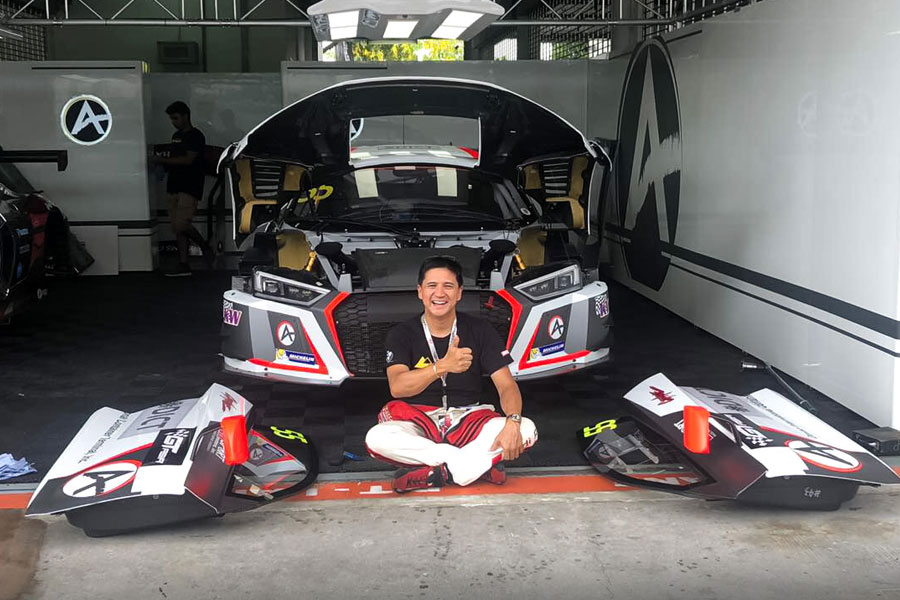 19-cars are entered for the opening round, which is a combination of GT3 and GTC cars. Vincent and Adderly will be in the GTA class with 12 other entries from around Asia. A 15-minute Qualifying session is scheduled on Saturday (March 31) followed a 60-minute race in the afternoon. Then, another 60-minute race will begin at 2:30 PM on Sunday (April 1).

Results from Friday practice shows that the #55 Audi R8 LMS GT3 ended FP1 in 9th and FP2 in 1st. This should be a good indication that Vincent and Adderly can put on a good fight in Sepang.

Vincent Floirendo: “It feels good to be back racing again in the Audi with Absolute Racing. Although I need more seat time to get back in shape, with my teammate Adderly, hopefully we can finish in the top 5 this weekend.”