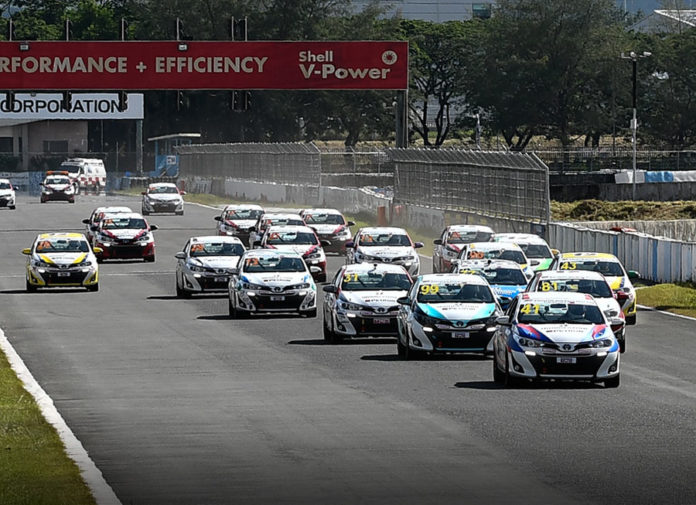 A total of 22 cars took to the starting line of the Clark International Speedway (CIS) last June 7/8 to welcome the new Vios Circuit Championship. Although the entry list has halved in 2019, the waku-doki action certainly has not in all 3 races that weekend with an epic fight now brewing for driver’s and team’s points.

The absence of the Super Sporting Class automatically elevates the Sporting Class as the new top category. A transmission problem was the only thing thing that prevented reigning champion John Dizon of Toyota Marilao-Obengers from dominating every race he started. However, a DNF was enough to drop him to 4th in the title race. Lord Seno of Toyota Team Cebu now leads the championship by 3 points ahead of Red Diwa of Growl Thule Racing / JBT Racing x Toyota Isabela.

Sim-racer turned race car driver Quattro Adriano, on the other hand, is the man to beat in the Promotional Class. He was able to score 2 wins on what was a dream debut with Toyota San Jose Del Monte-Obengers and now leads championship. His teammates Elysse Menorca and Julian Tang, on the other hand, lock out the top 3 positions for Obengers Racing.

Meanwhile, it’s shaping up to be a 3-car race in the Celebrity Class between points leader Gretchen Ho, Troy Montero, and Daniel Matsunaga with only 2 points between them.

Then there’s the Team Awards which is aggregated from points scored by the team’s Sporting and Promotional Class drivers. Toyota North EDSA-Obengers leads the way with 76 points from the combined efforts of Marc Soong and Quattro Adriano. Toyota Balintawak-Obengers is in a close 2nd with 72 points, while Toyota Team Cebu is in 3rd with 63 points.

Here’s how the Vios Circuit Championship’s driver and team standings stack up so far. 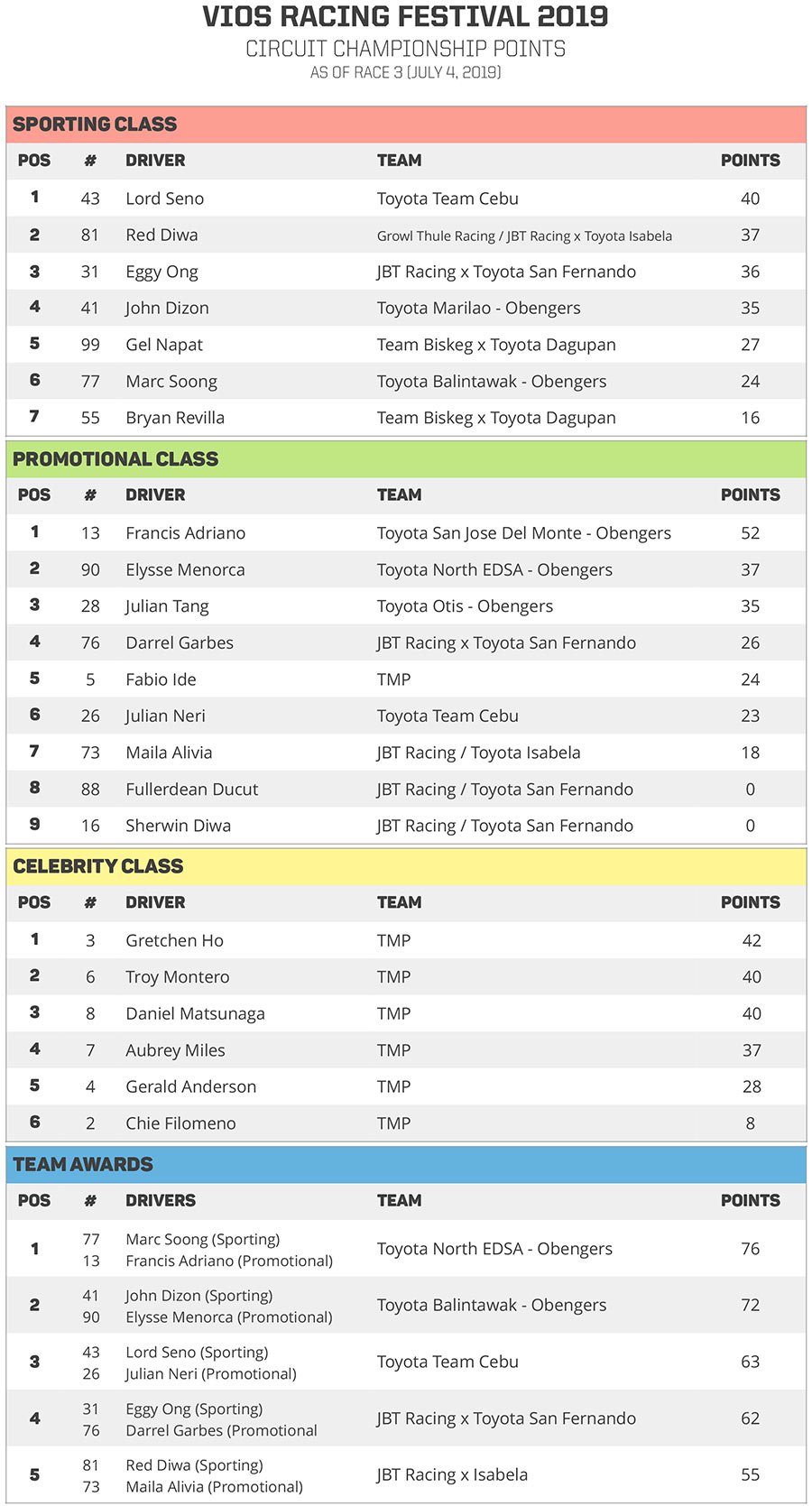