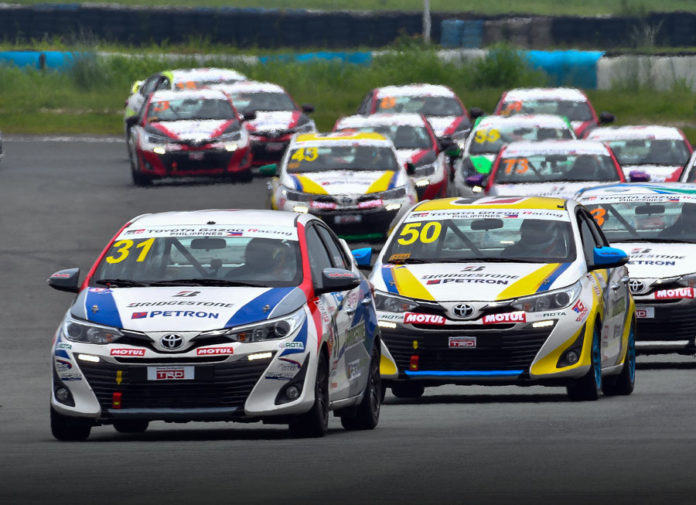 With 6 races in the bag and 3 more to go, the newly-renamed Vios Circuit Championship, which is part of the much bigger Vios Racing Festival, has certainly lived up to the hype of its predecessor. Its inaugural year has produced 8 different race winners, across its 3 categories, over 2 events with only the season ender left in the 2019 season.

This is how the Vios Circuit Championship’s driver and team standings stack up so far.

Series newcomer Eggy Ong of JBT Racing x Toyota San Fernando has shot up to the Sporting Class’ points lead fresh from his 2 wins during the second event last August 30/31. But his teammate Red Diwa in the #81 entry of Growl Thule Racing / JBT Racing x Toyota Isabela in only 6 points adrift in the standings. There’s also a big chance for Marc Soong, last year’s runner-up Lord Seno, and reigning champion John Dizon to steal the show, paving the way for an epic showdown in November.

Meanwhile, the top 7 drivers in the Promotional Class have maintained their rankings in the points race. The lovebirds Quattro Adriano and Elysse Menorca are now tied in the lead with 83 points each. Whether this proves to be an advantage or disadvantage for Obengers Racing depends if they’ll work together or against each other during the season finale.

As for the Celebrity Class runners, Troy Montero has won every single race he has started or finished in 2019, which should have made him the easy favorite for the championship. However, he has also failed to start and finish on 2 occasions, allowing Daniel Matsunaga to take the lead by 10 points. There’s also going to be a feud between Gretchen Ho and Aubrey Miles with only 6 points splitting the 2 ladies.

JBT Racing x Toyota San Fernando’s consistent results now puts Eggy Ong and Darrel Garbes on the top of the Team Standings. The pairing of John Dizon and Elysse Menorca for Toyota Balintawak-Obengers are in 2nd, while Marc Soong and Quattro Adriano of Toyota North EDSA-Obengers are 3rd.

The Vios Circuit Championship is set to wrap up its 2019 season on November 8/9, still at the Clark International Speedway (CIS). While double points are going to be up for grabs to ‘supposedly’ throw the championship wide open, it also spoils the mood for those who have worked hard to get to where they are now in the standings.