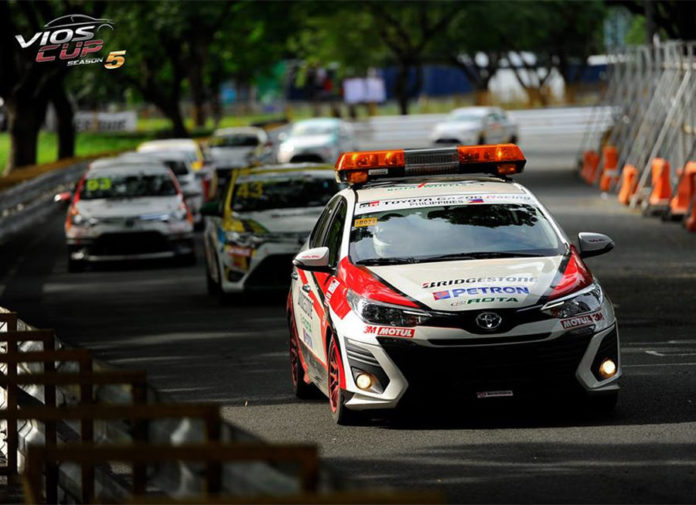 After 5 very successful seasons, the Vios Cup will sadly be no more. But that’s not a bad thing because come 2019, Toyota Motor Philippines (TMP) is rebranding its one-make-series as the ‘Vios Racing Festival’ and it’s poised to be even more ‘Waku Doki’ than before.

TMP has confirmed that there will be 3 rounds scheduled this year in the ‘Vios Circuit Championship’. Events will again have 3 races per weekend taking place in June, September, and November. Fortunately or unfortunately, depends on who you’re talking to, there won’t be any street races this time around as all legs are supposed to be held at the Clark International Speedway (CIS).

There will also be new machinery for 2019. Toyota is putting the all-new Vios up for race duty, which will see the competitive debut of the new 1.5L Dual VVT-i engine.

While it’s always good to race with the latest equipment, the rule change means that all previous gen. Vios Cup cars will no longer eligible for the upcoming championship. This in turn forces all dealer teams and privateers to put out a hefty sum to buy brand new cars. And if you need to ‘replace’ about 60 cars that were part of last year’s grid, TMP and race organizer Tuason Racing won’t be too surprised if the entry list is a bit shorter for the very first ‘Vios Racing Festival’. As a matter of fact, they’re still contemplating whether to run a Super Sporting Class based on the driver turnout.