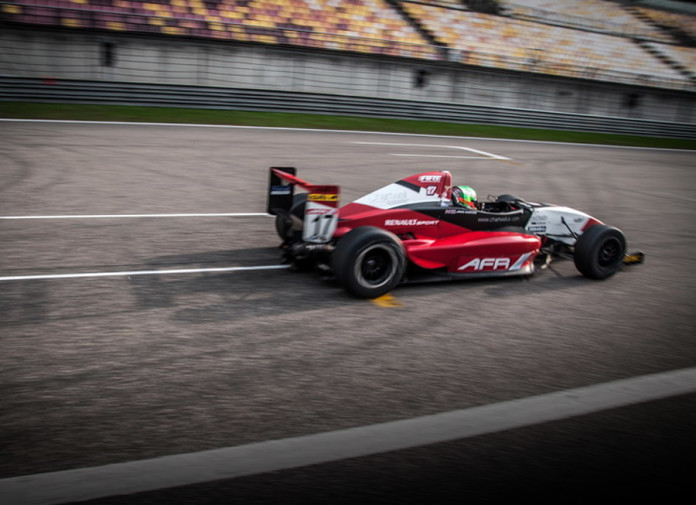 Making the big switch from touring cars to single seaters, we’re glad to share the news that our very own William Tan will be racing in the Asian Formula Renault (AFR) series this 2016.

He has signed a deal with Asia Racing Team (ART Motorsports) to compete in the 6-round/12-race championship. More specifically, he’ll run under the “AFR Master Trophy” which is reserved for drivers aged 35 years and above. When that happens, he’ll race alongside new his teammates Singaporean Ni Weiliang and Chinese driver Liu Kai.

The 2016 AFR calendar runs from March ’til October with races in China, Thailand, and Taiwan.

William is a veteran when it comes to closed-cockpit racing. He took the Philippine GT 300 championship in 2010, followed by the Philippine Touring Car Championship (PTCC) driver’s title in 2012, and was awarded as ‘Driver of the Year’ by the Automobile Association Philippines (AAP) on the same year. There was also a short, but successful stint in the Volkswagen Scirocco R-Cup China in 2013.

This, however, will be his first real attempt at single seaters and it looks promising.

Considering that he was up against much younger drivers and his experience (or lack thereof), William managed to qualify in P4 during the 2-Hour Formula Endurance Race in Zuhai, China last January 2016. Sadly, he damaged the back of his car early in the race and was forced to retire. Still, that’s not so bad for a debut.

William Tan: “I feel very happy and confident to join the series. My confidence grew up with the testing and now I am improving each and every time I jump in the car. This year, I will be patient and gather experience by finishing races.”

Driver Coach Rodolfo Avila: “William is clearly a talented gentleman driver and we are very proud to have him in the team. We have built up a great relationship over the last 6 months and we saw a lot of improvement since his first outing with this car.”