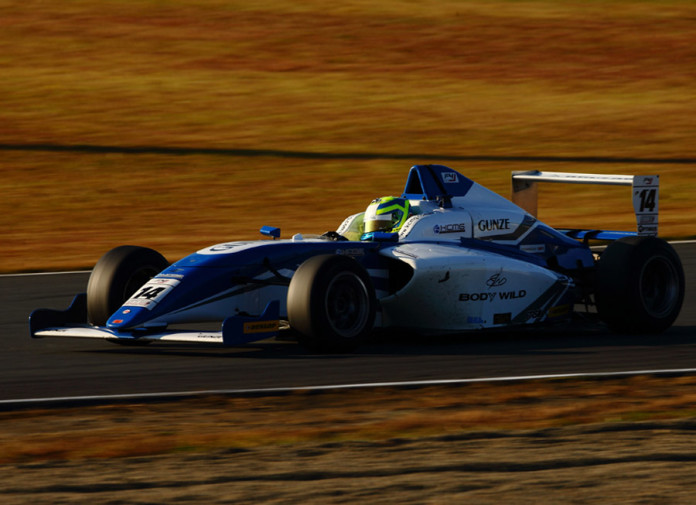 KC Motorgroup Ltd. (KCMG) has confirmed that Yuki Nemoto will once again compete with the team in the 2016 FIA F4 Japanese Championship. This make it his second consecutive season with the Hong Kong-based squad in what is considered as Japan’s most competitive entry-level Formula series.

Nemoto made his single seater debut in 2013 where he competed in S-FJ and Formula Challenge Japan. He moved up to the FC Class of Japan F4 a year later, then signed with KCMG in 2015 for his first season in FIA F4 Japan. In 12 races, his best finish was an impressive podium at the series’ last event at Twin Ring Motegi, ending the year 7th in the driver’s standings in a field of 50+ cars.

The Japanese driver is now looking forward to return in the blue and white Toyota-powered F4 Dome machine with hopes of winning the championship title this season.

Yuki Nemoto: “I am pleased to announce that I will once again compete as a team member of KCMG in FIA F4 Japanese championship this year. I would like to thank Tokyo Toyopet, GUNZE and all my supporters and fans. My objective is to deliver race-winning results and realize my maximum potential as a racing driver. I will do my best as I aim to challenge for the championship this year. I’m thrilled and looking forward to an exciting season ahead!”

Ryuji Doi, KCMG Head of Motorsport: “We are pleased to have Yuki as part of our second year competing in FIA F4 Japanese Championship. I’m confident that Yuki can challenge for the championship this year as he has proven himself as an asset to KCMG after a successful maiden campaign in the series in 2015. Once again, we will work hard to produce strong results throughout the season.”