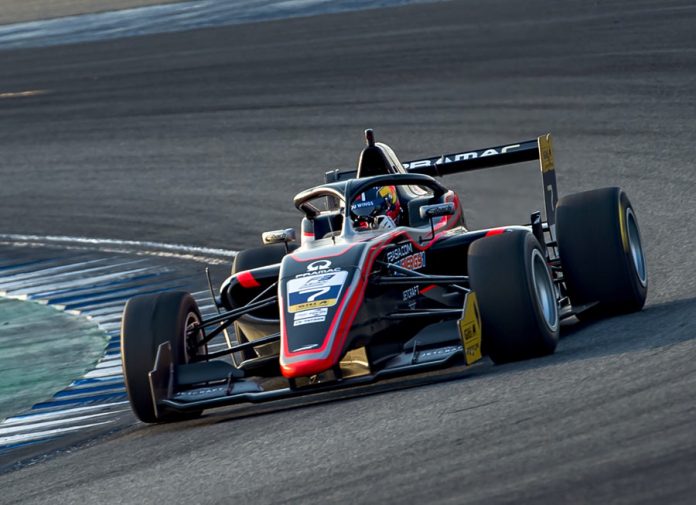 No thanks to this COVID-19 pandemic, the F3 Asian Championship Certified by FIA had to take a sabbatical leaving teams like Pinnacle Motorsport high and dry for the last 10 months. Well, all that’s about to end when the series gets its 2021 underway this weekend in the UAE.

The Motorsport Ireland-licensed team aims to make a bid for both the driver’s and team’s titles after finishing runner-up in 2020.

Their strong 4-car lineup is headed by Alexandre Bardinon who was announced back in December. The 18-year-old contested in the Euroformula Open Championship where he scored a best 8th place finish. He is then joined by fellow Frenchman, Pierre-Louis Chovet at Pinnacle Motorsport.

Chovet enjoyed a productive season in the Formula Regional European Championship securing a race win and landing 5th in the standings during his rookie year. He also made 2 appearances in FIA Formula 3 and delivered a 6th place finish in only his second race weekend.

Meanwhile, Alessio Deledda returns for another year in the F3 Asian Championship after making his series debut in 2019. The Italian was a full time entry in the 2020 FIA Formula 3 Championship and is poised to move up to FIA Formula 2 later this year. Matthias Luethen from Germany completes the team’s line up who only stepped up to single-seaters 16 months ago.

Due to travel restrictions, all 5 rounds in the 2021 F3 Asian Championship Certified by FIA will be held in the UAE in a condensed calendar that only spans over 4 race weekends. The much-awaited season gets underway this January 29/30 at the Dubai Autodrome with Qualifying and Race 1 scheduled on Friday, while Race 2 and Race 3 takes place on Saturday.

John O’Hara, Team Director: “We’re really happy to be back racing after such a long break. We have a strong line up and we’re positive going into the series. I’d like to welcome all four drivers and look forward to a strong season. “