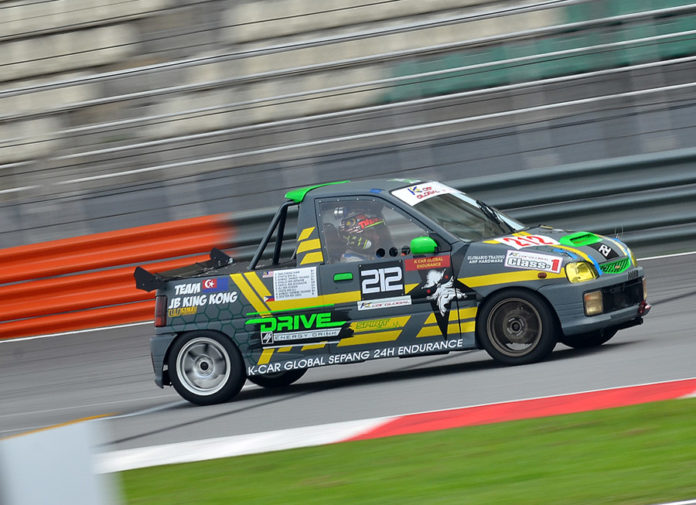 If you scale down Le Mans, move it to Asia, and let crazy Japanese people run the show, what you’ll end up with is the K car Global Sepang 24H Endurance. This is a miniature version of the famed twice-round-the-clock race where tiny 800 cc machines go racing. And last November 18/19, team JB King Kong from Malaysia crossed the finish line 3rd in the M1 Class. 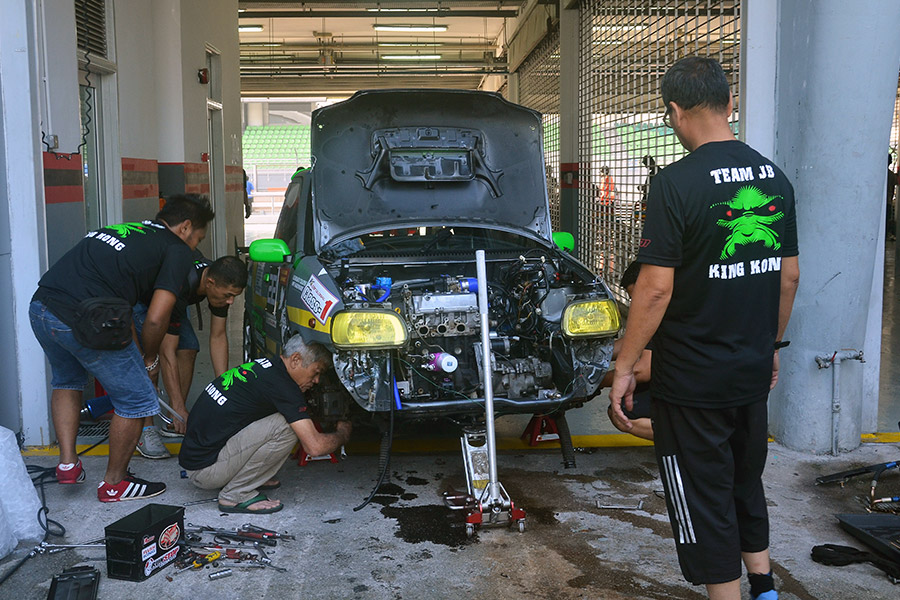 Since starting positions bares very little weight in an enduro of this length, P33 on the grid was not a disadvantage for the #212 machine. However, a blown engine during Free Practice, on the morning of the race, was.

JB King Kong rushed to install the spare engine and got the job done in time for the start at 12:00 NN. Although down on power, they managed to hold onto P4 in M1 Class and P33 overall at the end of the second hour, climbing up to P27 by 4:00 PM. 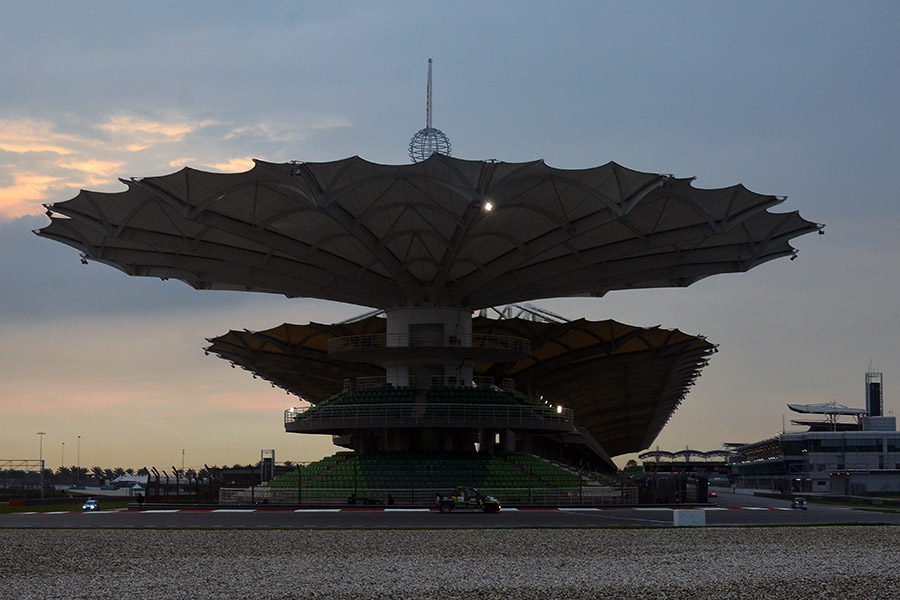 As night-time fell upon the circuit, so did their lap times. Dexter managed a fastest run of 3:09.774 during his second stint in the dark. His teammate Haziq Bin Ali went even faster with a 3:09.399 best, allowing JB King Kong to move up to P3 in M1 Class and P22 overall.

But the #212 machine’s run was not without its problems. A strong downpour at 5:00 PM drenched everyone and prompted the safety car to come out. It then lost a windshield after the hood accidentally opened on track. Electrical problems and a broken fuel pump also shortened Dexter’s third stint. Despite these hurdles, the team stayed strong and continued with its goal to finish the race. 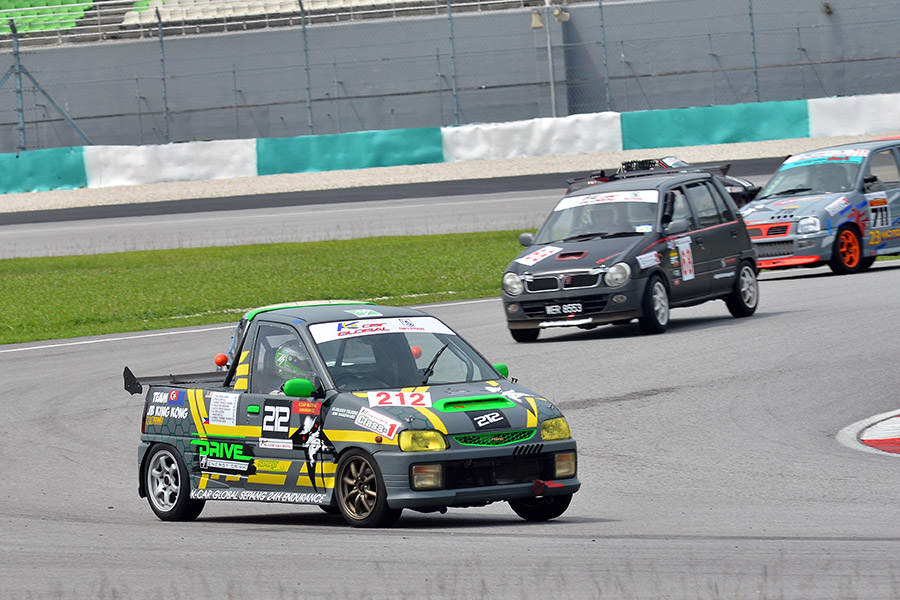 JB King Kong maintained P3 in M1 Class and P24 overall once the sun came out. That’s when Syafiq Bin Ali set the team’s fastest lap of the race of 3:06.784 with 4 hours to go.

Maintaining this pace, the #212 machine managed to make it to the chequered flag after 24 hours of racing. They completed 329 laps, covered 1,824 km, and finished a well-deserved 3rd place in M1 Class. Of this, Dexter drove 4 hours in total in 4 separate stints.

Dexter Daquigan: “It was an honor to be invited by one of the best teams in Malaysia, JB King Kong, and drive for them in the K car Global Sepang 24 Hours. I really enjoyed the unique experience, racing alongside champion karters Syafiq Bin Ali and Haziq Bin Ali, and to finish 3rd in class. Racing in Sepang at 5:00 AM in the dark is something I will never forget and I’d like to thank the whole team, specially to Ali Bin Hussin who worked 24 hours non-stop, for this opportunity.” 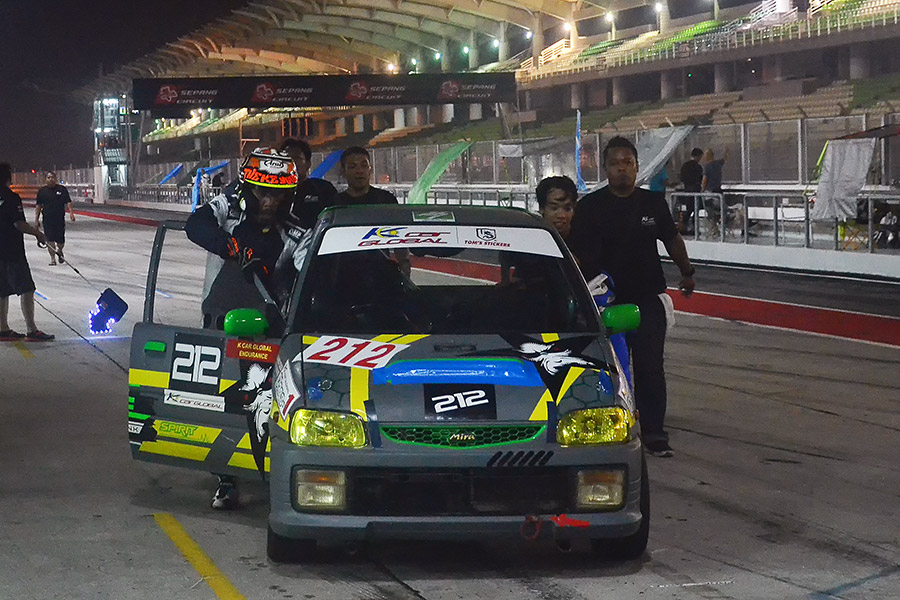 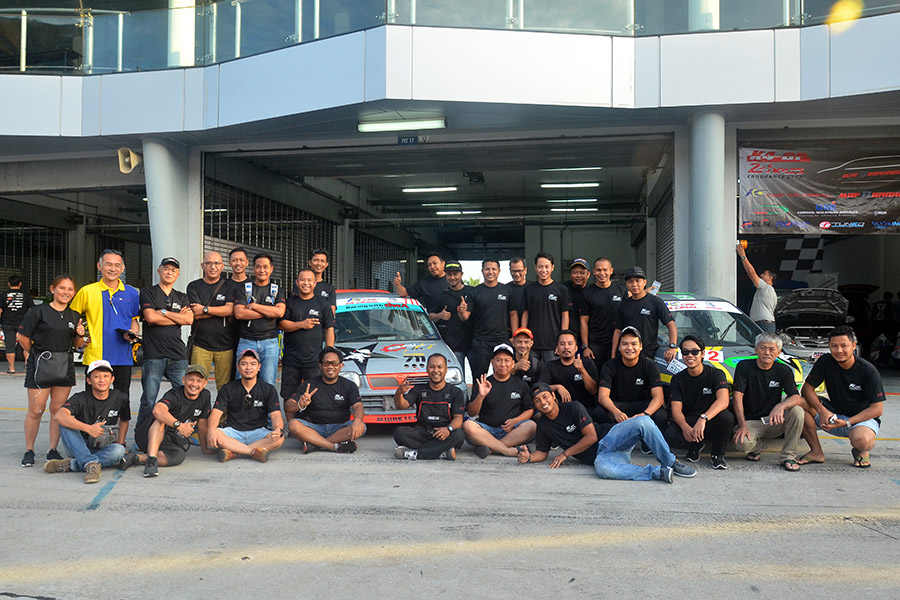 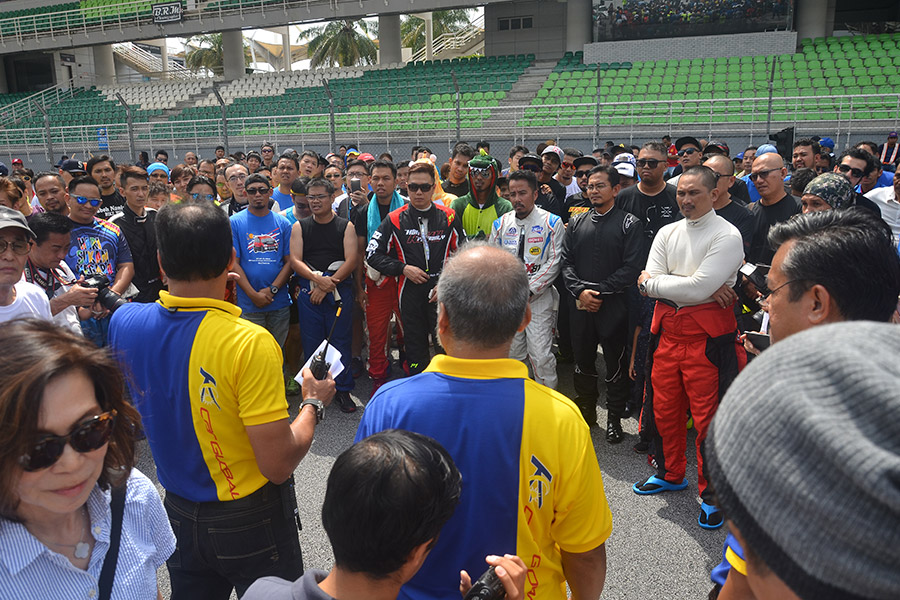 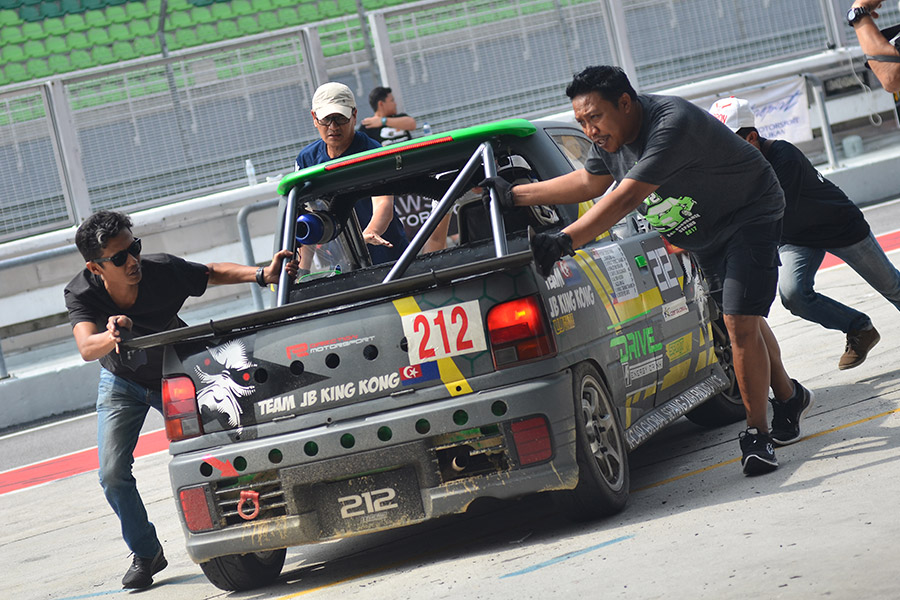 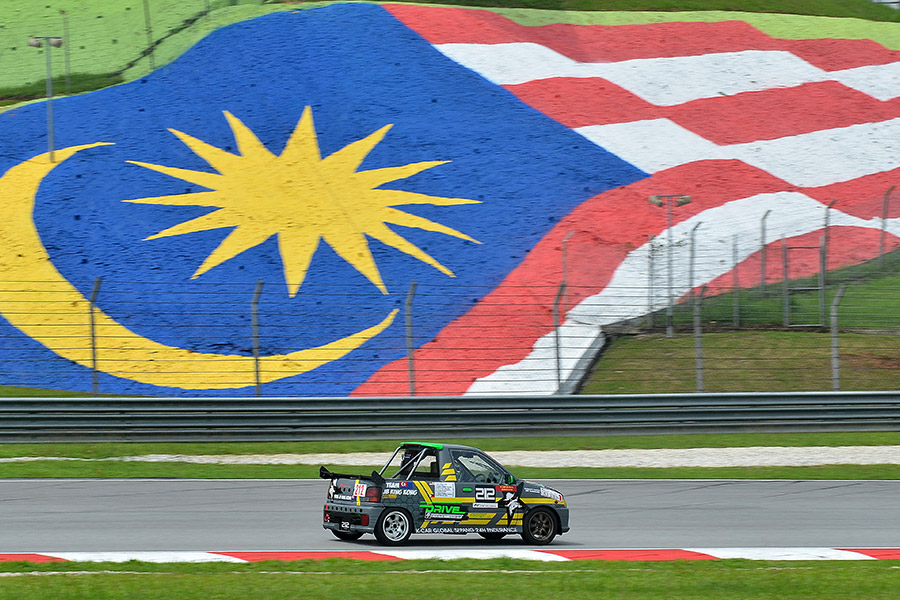 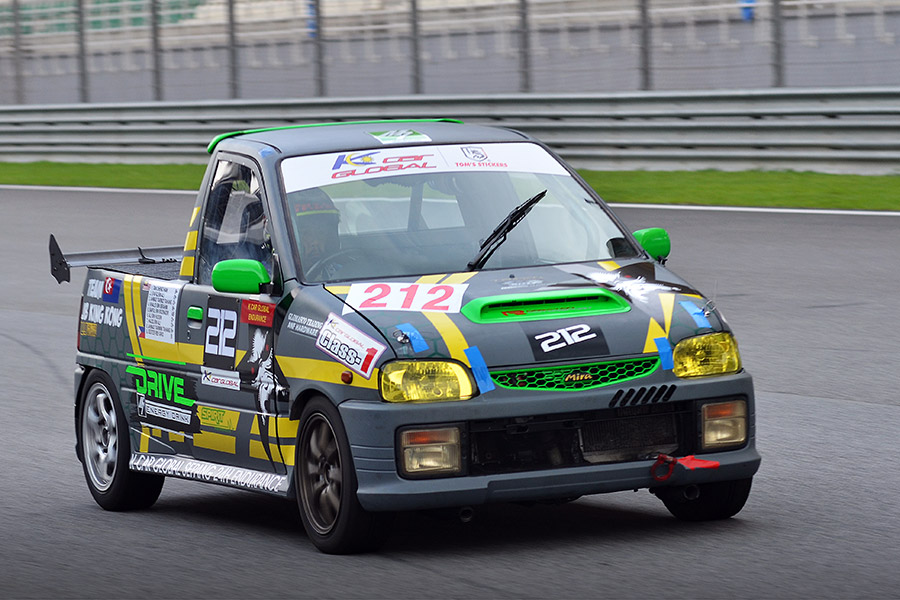 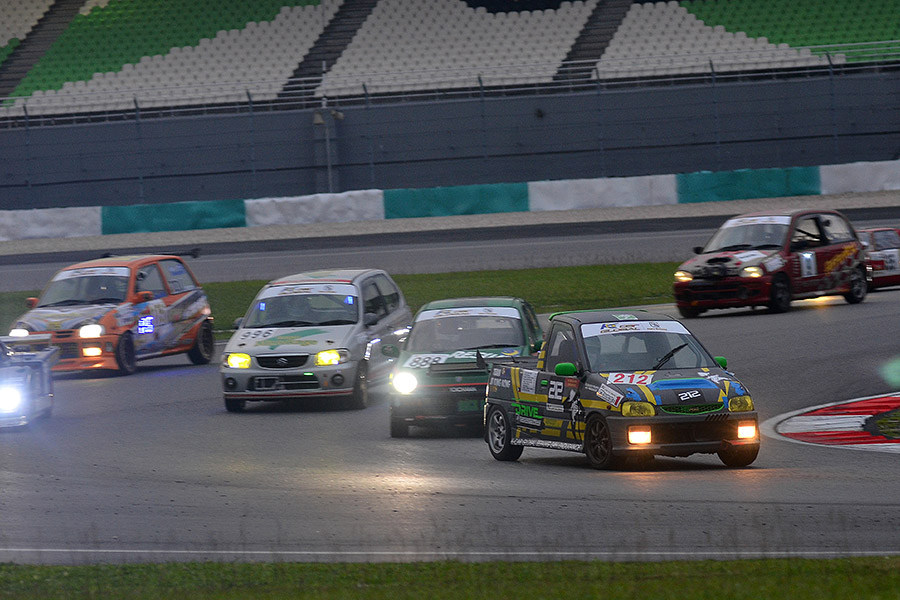 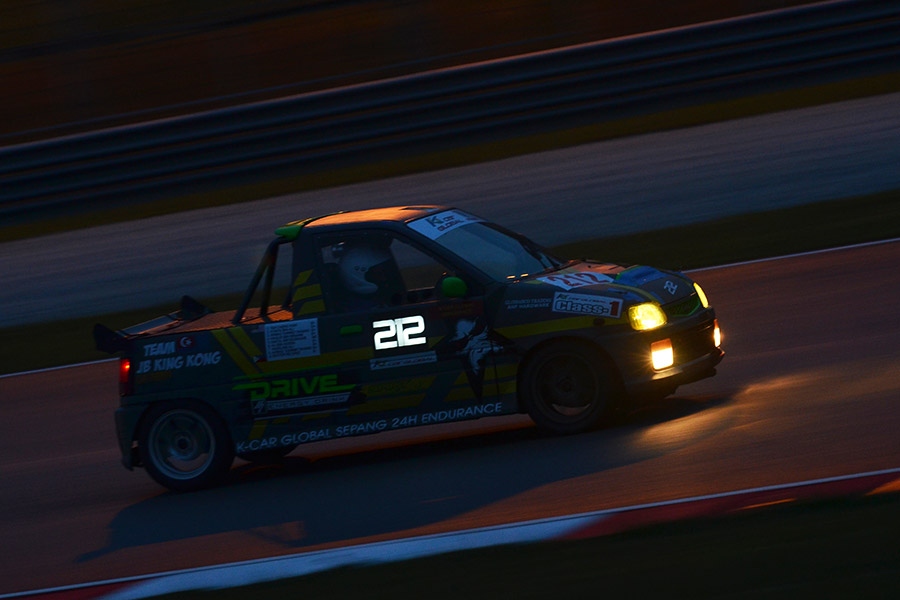 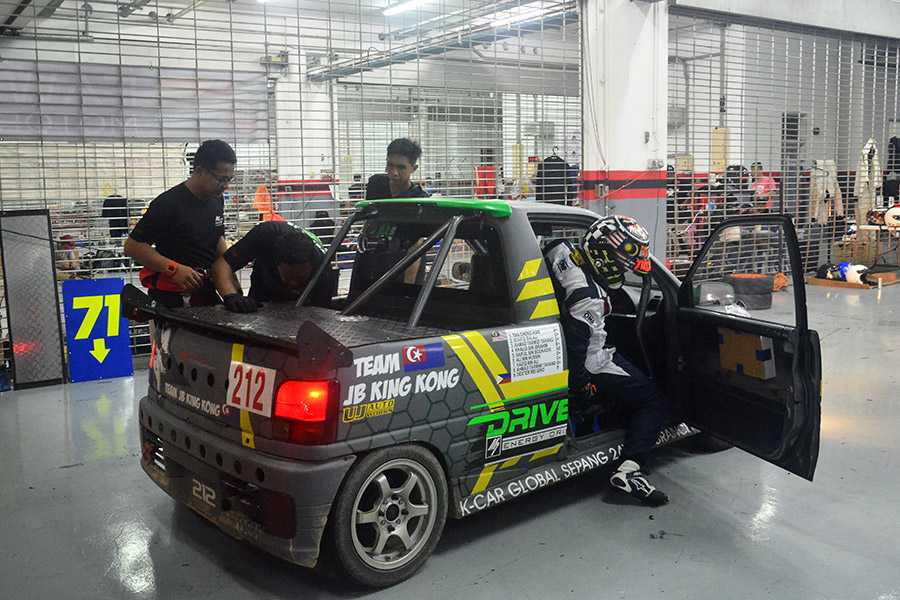 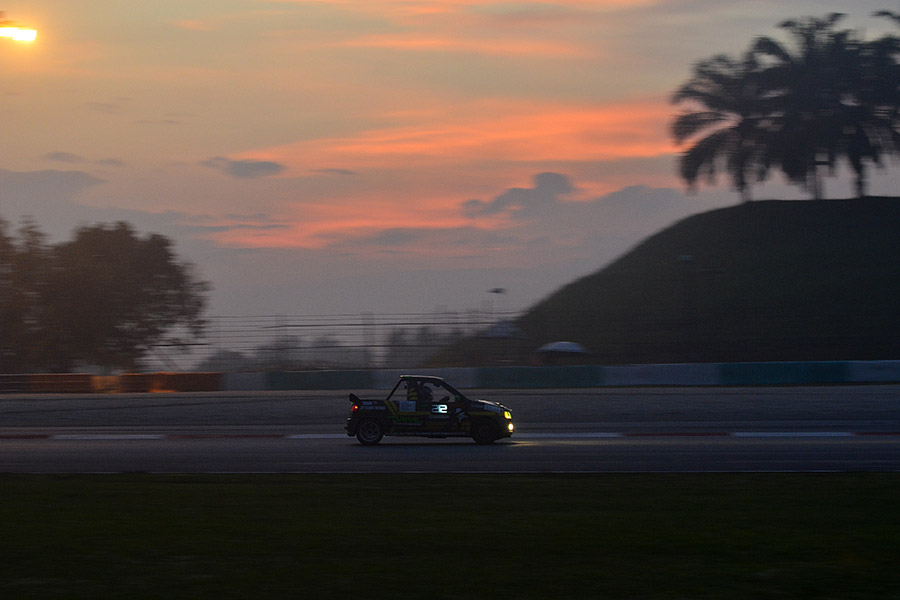 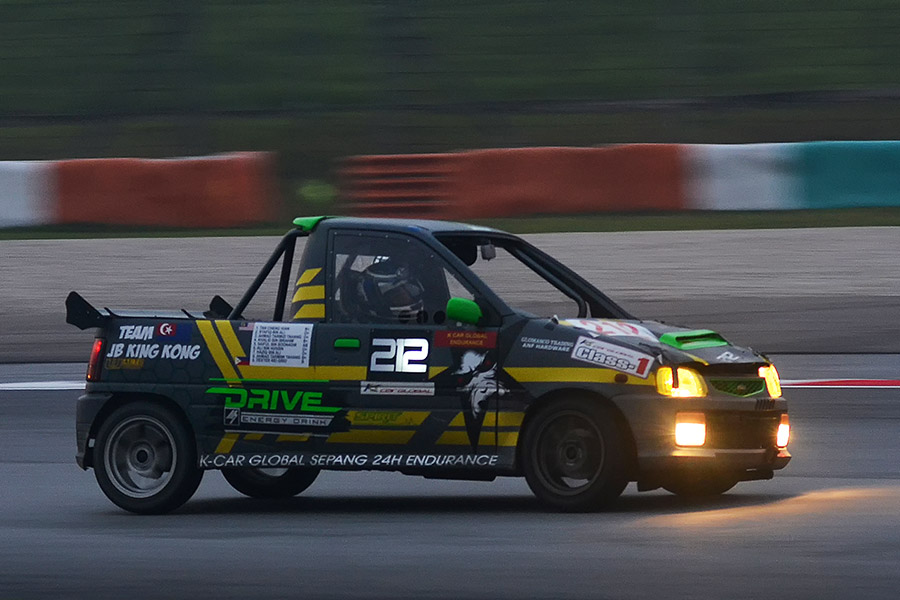 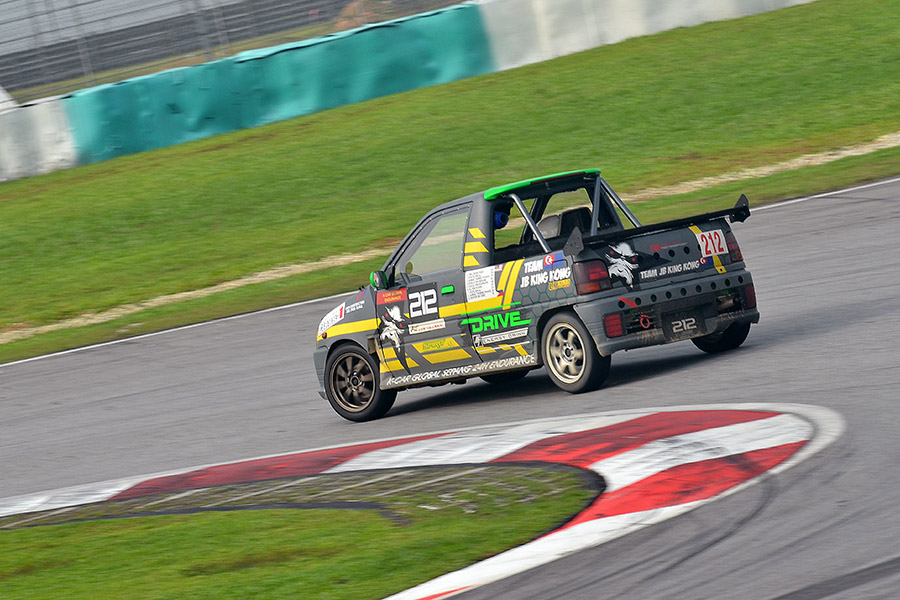