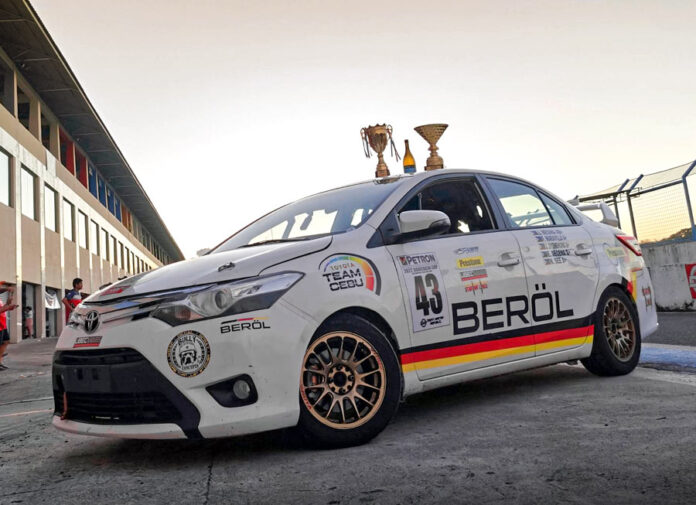 Sans for team coach Norris See, this was the very first time for Jarond Mesina, Francisco ‘Isko’ Maravilla, Ezra Decena, and Johndale Dy to all enter an endurance race. Yet, despite their lack of experience, they never lacked in speed, stamina, and spirit. This would ultimately allow Toyota Team Cebu (TTC) Beröl Racing to take a surprise class victory in the 8 Hour Endurance Challenge last November.

The squad was quickly put together by TTC Team Captain Lord Seno in a matter of weeks. Still fresh from the TGR Vios Cup, signing up Jarond Mesina was a no-brainer. Isko Maravilla, on the other hand, is an avid autocross enthusiast from Iloilo who organizes events back home since 2017. He is a product of the AAP’s Motorsport Development Program (MSDP) and has started dabbling in circuit events. Like Isko, Ezra Decena also got into motorsports thru autocross, then tried out drifting and rallycross with relative success. Then there’s Johndale Dy, who’s under the tutelage of Lord Seno, was called in last to complete the TTC Beröl Racing line up. 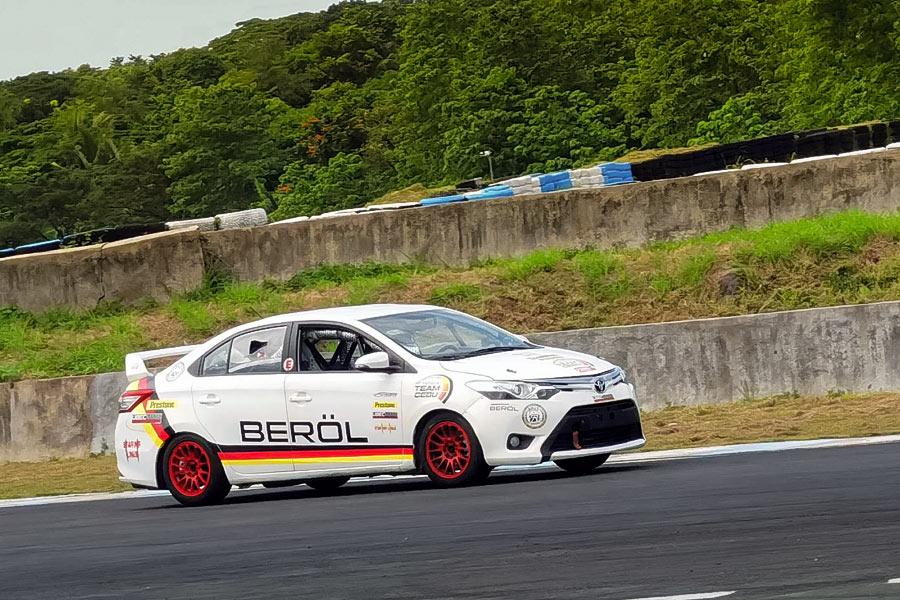 Fittingly, the most qualified of the 5 was in the driver’s seat during Qualifying. That role went to TGR Vios Cup Promotional Class driver Jarond Mesina who managed to set a 2:29.298 lap, putting the #43 Toyota Vios OMR Cup Car 22nd on the grid and 3rd amongst the C3 Class runners. But starting positions aside, the race strategy of TTC Beröl Racing was quite simple: aim for a consistent target lap time, make it to the finish, and most importantly have fun.

At exactly 8:00 AM on Sunday morning, 30 cars took off at the start of the 8 Hour Endurance Challenge. Jarond was first behind the wheel and drove the maximum allowable 120 minutes before handing the car over to Isko. The team was still in contention for both the 4 Hour and 8 Hour races after the first driver change with Isko setting quick, consistent laps for 90 minutes.

He could have stayed in the car for another half hour and challenged for victory in the 4 Hour race, but that’s not what they’re here for. TTC Beröl Racing wanted to give every driver equal opportunity and pitted him in so that Ezra could have more time on track. The decision ultimately cost them a lap to to Obengers Racing, but was still classified 2nd in the C3 Class for the 4 Hours.

Not bad so far.

No one could have guessed that this was Ezra’s first time to drive around the Clark International Speedway (CIS), especially how well he defended against their closest class rivals. It was just unfortunate that his stint was cut short due to a lengthy Safety Car period. TTC Beröl Racing was trouble-free up to this point, that was until Johndale encountered issues with his in-car radio. 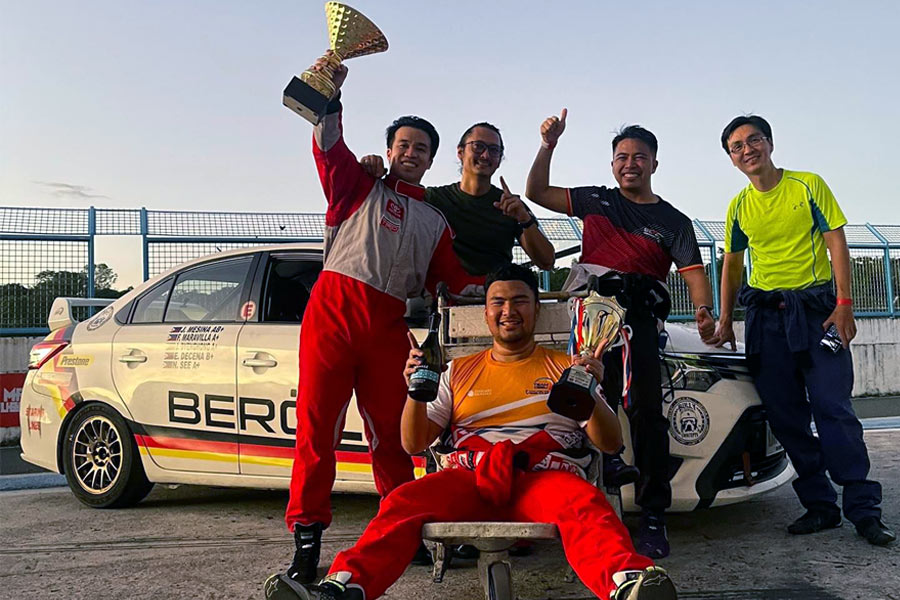 While he could hear the pit wall, he was unable to radio back what was going on inside the car. The confusion forced the team to pit him short of his 90 minute stint and send Norris out earlier than expected. With 140 minutes still left on the clock, their Team Coach couldn’t simply drive all the way to the finish without incurring a penalty.

Norris now had to push every single lap just to make up for lost time from the extra stop, which was not easy to do as he had to make sure that the #43 Toyota Vios OMR survived all the way to the chequered flag. It was a big sigh of relief when their closest rival Obengers Racing retired in the closing stages, allowing Jarond to simply cruise to a class victory when he hopped back in the car for their final stint.

At the end of 8 hours of non-stop racing, Toyota Team Cebu Beröl Racing would complete 172 laps to claim 1st place in the C3 Category and finish 7th overall with a bunch of rookie drivers.