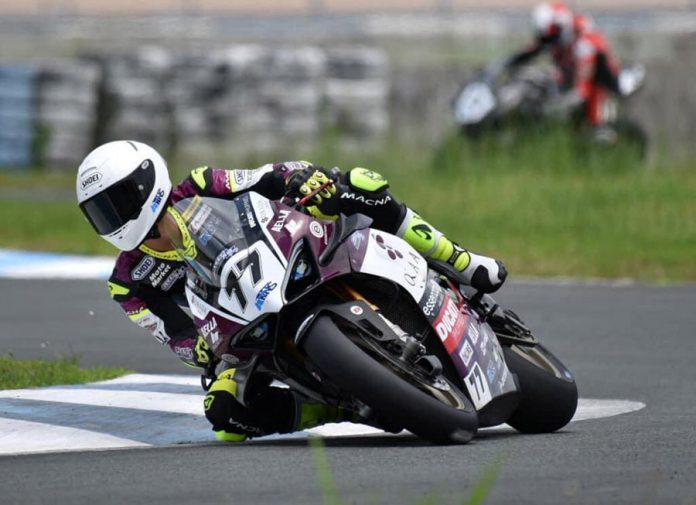 It was a near-perfect race weekend for Access Plus Racing-Okada Manila who marked their return to the Philippine Superbike Championship (PSBK) in dominant fashion. Father-and-son tandem Toti and Timothy Joseph “TJ” Alberto went on to collect 7 victories during the double header round at the Clark International Speedway (CIS).

Despite being away for more than a year due to the pandemic, TJ had no issues putting the purple-liveried #77 Ducati Panigale V4R on the front row of the grid during Qualifying. His father Toti, on the other hand, set the pace in the Masters Class and would line up from P9 overall.

TJ was able to take an early lead in Race 1 on Saturday, powering his way past Dashi Watanabe on the Kawasaki ZX10R. He then opened sizable 13.613 secs gap in as little as 10 laps to take a commanding victory on the team’s PSBK return. Toti also improved on his starting position and found a way past several younger foes. The Ducati Manila rider later crossed the line 1st in the Masters Class and 7th overall.

Race 2 saw a repeat performance from TJ in the Expert Class, enjoying a lights-to-flag win. Only a few places behind was Toti who further added to the team’s collection of trophies with another class win on the Panigale V4R. 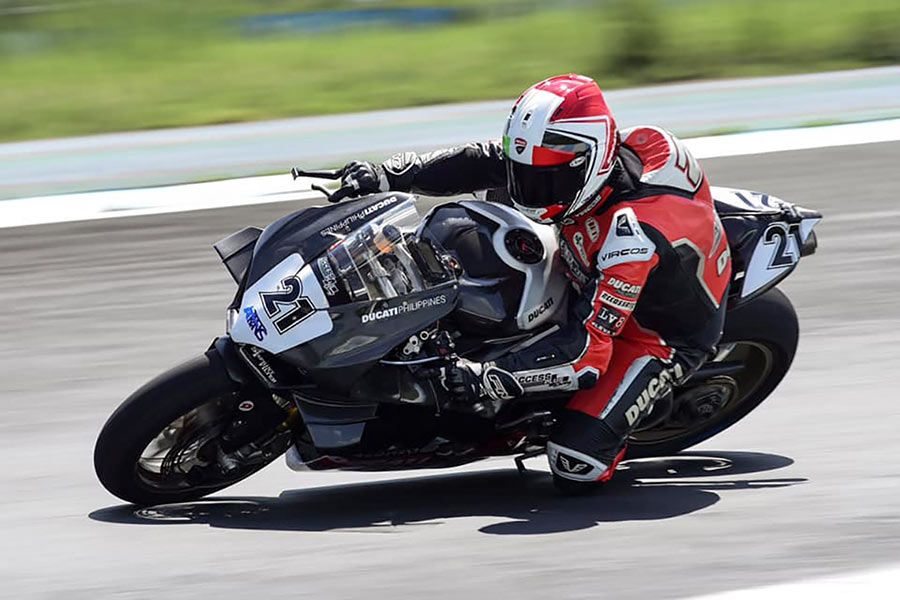 Access Plus Racing-Okada Manila then maintained their dominant form into Round 2 the very next day. TJ was again ahead of the field in the Expert Class, maintaining control of the 10-lap race to take a comfortable win in Race 3 with an 8.237 secs advantage. The elder Alberto also had a trouble-free run and take another Masters Class win right behind fellow Ducati rider BJ Ang across the line.

Things got more exciting in the afternoon’s Race 4 as TJ faced stiff competition from the other Expert Class riders. He did well to soak up the pressure and keep the lead until a last corner lunge from Marvin Mangulabnan on the BMW S1000RR had both riders dash to the finish line with TJ missing out on another win by a mere 0.032 secs. In contrast, Toti was on his own in the Masters Class after his rival failed to make it to the start. He took a cautious approach to ensure his #21 Ducati Panigale V4R safely made it to the finish and take another class victory.

TJ Alberto: “I’m still extremely content with the weekend as I didn’t expect to be able to take this much points home for the team. Everyone at Access Plus Racing-Okada Manila did a really great job in setting up the bike this weekend and they really gave me the tools in order to win. Thanks so much for all the support from our sponsors. We already have some ideas on how we can improve even further for the next races!”

Toti Alberto: “We got more than we wanted points-wise. This was a good test for us and we now know what to work on before the next race. It’s just unfortunate that the once hotly-contested Masters Class is down to just me and another entry this year. Still I enjoyed my time on track and placed as high as 7th overall ahead of younger riders in PSBK. Access Plus Racing is also happy that our Ducati riders did well this weekend with BJ Ang in the Intermediate Class, RG Romero in the Novice Class, and Jake Gomez in the Rookie Class all scoring wins.” 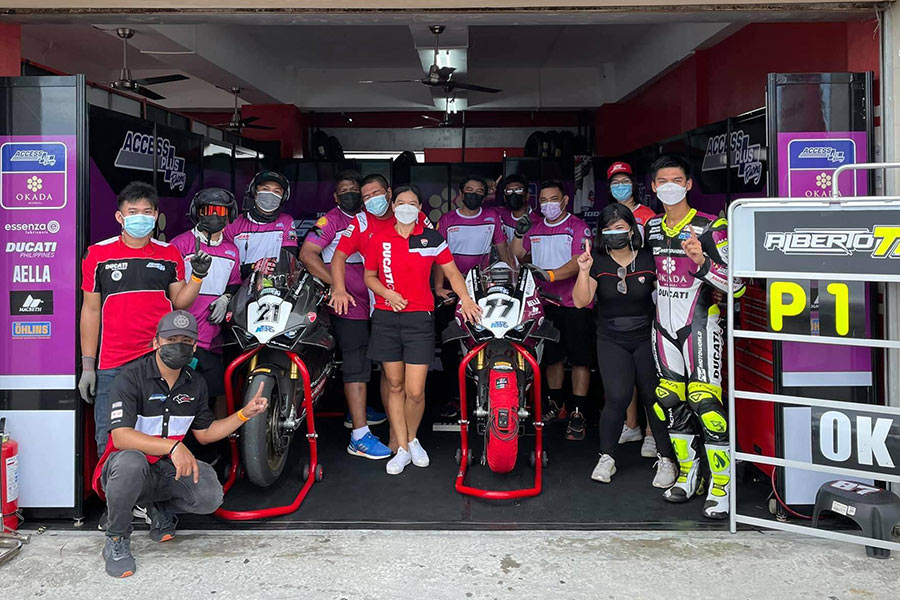 The Philippine Superbike Championship (PSBK) will resume the 2021 season on the 7th/8th of August for Rounds 3 and 4.