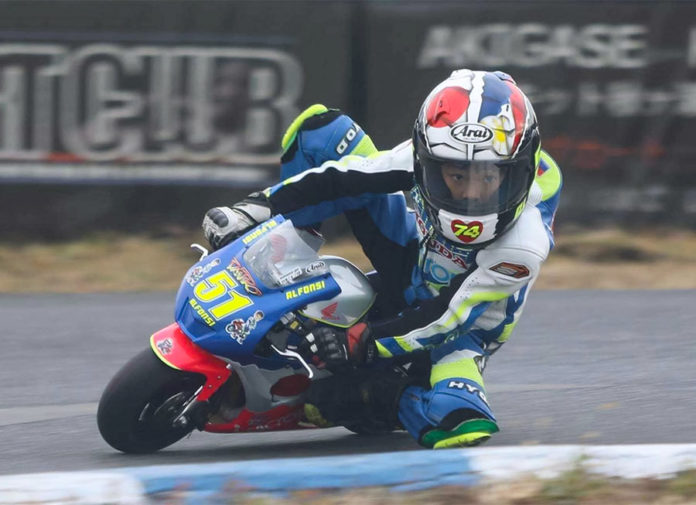 9-year-old rider Alfonsi Daquigan gave the 2018 season one last hurrah by entering Rd. 5 of the Daijiro Cup last December 23. With his dad, the newly-crowned Pirelli Cup Gr. 2 LWA Champion Dannie Daquigan, he flew all the way to Japan to face off 27 other young riders and went home with 2nd place.

Alfonsi was able to set the 2nd fastest time in Qualifying for the Immediate Class riders around the 608 m Akigase Circuit. He missed out pole by a mere 0.109 secs which was set by his nearest-rival Shuuta on the #99 bike.

Still, this gave him a good chance in the 8-lap QTT Race and shot into the lead right as the lights turned green. But disaster struck with 2 laps to go when he made a rare mistake, lost control, and crashed which forced him to retire.

The DNF meant Alfonsi had to start the final 10-lap race way back in P6. As luck would have it, several riders immediately collided on the run to the first corner. Shuuta was fortunate to get through unscathed and pulled away with the race lead. Alfonsi took evasive action and passed on the grass. Although this lost him a lot of time, he managed to recover in P5.

Riding the #51 i-FACTORY Jr bike, Alfonsi then put his head down and chased after Shuuta. He made up places lap after lap after lap ’til he reached P2 spot. Unfortunately, the Japanese rider was already too far ahead to catch. Alfonsi also had a great battle for 2nd place which went all the way down to the chequered flag. 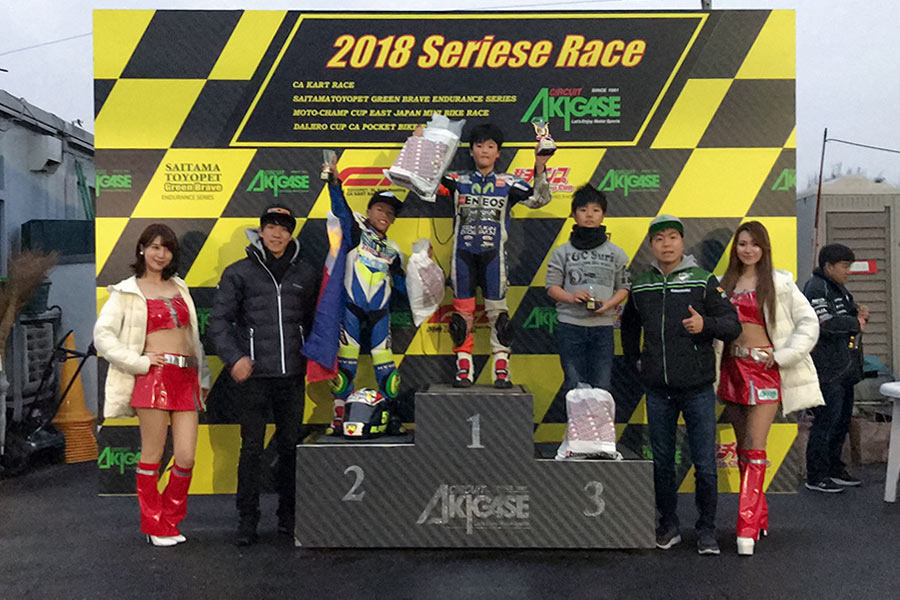 Alfonsi Daquigan: “Our original plan was to top the QTT race, get a holeshot in the Final Race, and win. But I crashed in qualifying so we had to fight even harder to finish 2nd. I would like to thank my i-FACTORY Japan family for supporting me and believing in me, my family from Dubai, America, and the Philippines who came to Japan with us to see me race.”

With the 2019 season fast approaching, Afonsi Daquigan plans to contest in all 6 rounds of the Daijiro Cup. The championship kicks off in March, followed by events in May, July, September, October, and December – all held at the Akigase Circuit in Japan.