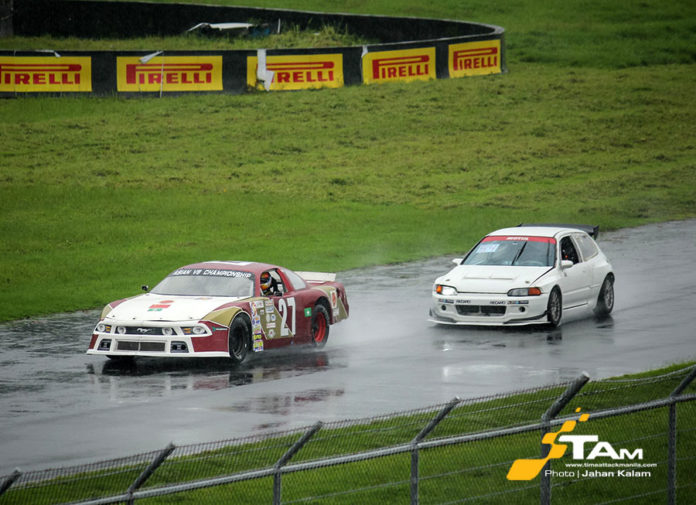 This has got to be the wettest season of the Petron FlatOut Race Series (FORS) by far. But with the last 3 events run under pouring conditions, all 104 racers that showed up at the Clark International Speedway (CIS) for Round 6 no longer feared the rain.

Their extensive wet weather experience from Round 4 and the 4 Oras ng Pilipinas how now grown them a bigger pair of balls, which translates into quicker lap times in both Time Attack and Grid Races. And while several drivers had misadventures off track in the poor weather, there were gladly no serious incidents last August 11. This is a testament to the organizer’s and Automobile Association Philippines’ (AAP) focus on maintaining a safe racing environment.

Petron also plays a key role in raising the level of competition in the FORS. As the official fuel and lubricant, Petron Blaze 100 Euro 6 and Petron Blaze Racing ensures that all the race cars perform at their maximum performance given the stringent requirements of motorsports. 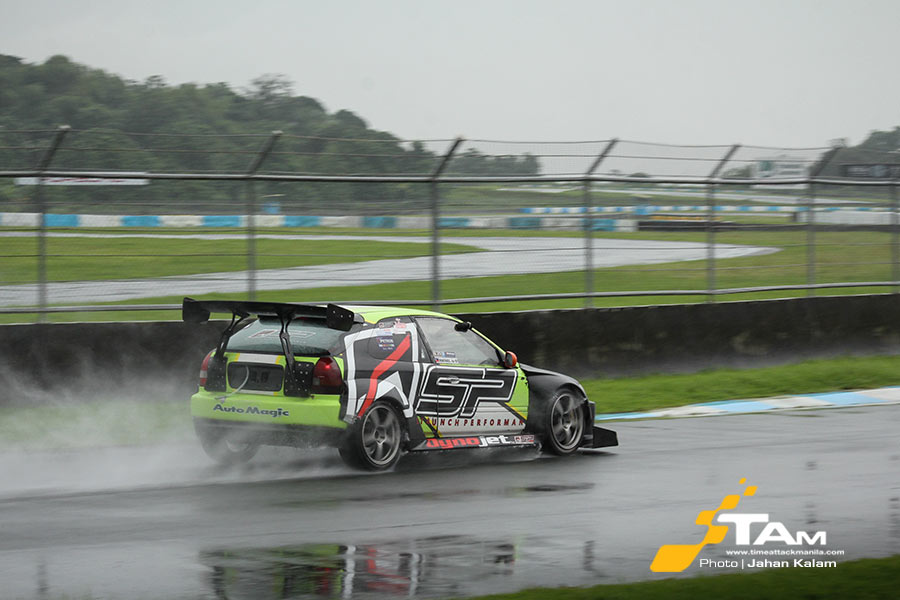 Time Attack
Rafael la O’ once again set the fastest time of the day with his Staunch Performance Honda Civic EK. He set a blazing 2.18.074 lap to win Bracket R. Meanwhile, Gabby Sohu of Nawna Racing was 2nd with his 2:21.700 time.

But after swapping out their race tires for Bracket A, the drivers traded places with Gabby taking 1st place and la O’ in 2nd. Jero Consing also did a brilliant job to end up in 3rd. Aaron Lao of Blanche Racing came out of a year-long hiatus to eke out a narrow 0.123 sec victory in Bracket B. Raffy Sohu had to settle for 2nd, while Ronn Catindig of Team BRE made it onto the last podium spot. 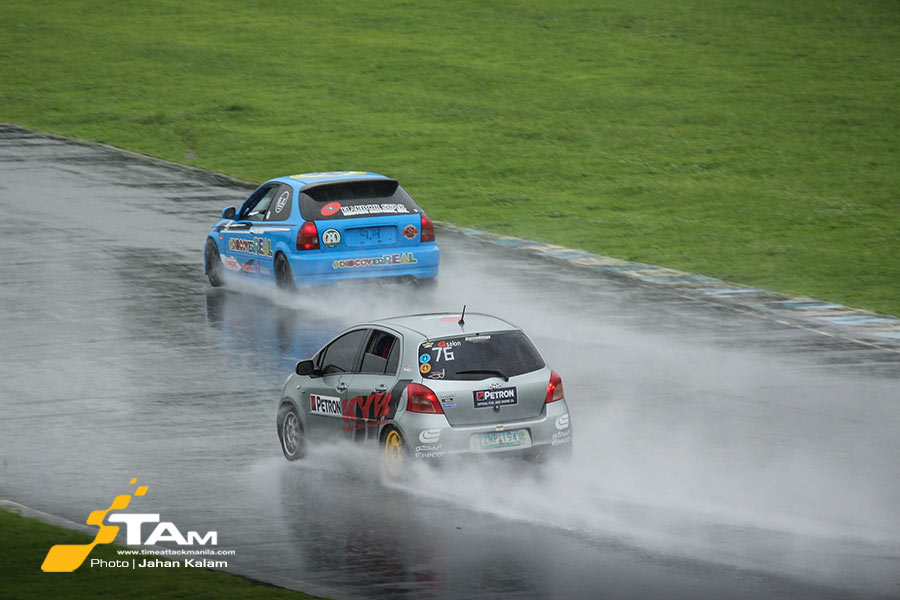 Michael Anthony Ocampo was nearly a second ahead of Royce Sarmiento and Sherwin Bargos to win Bracket E. It was a similar story in Bracket F with JC Alberto winning by a huge margin over Allen Escoto in 2nd and Anthony Raymond Santos in 3rd. AAP Motorsport Development Program (MSDP) finalist Paul Base bested the Bracket G competitors with a win on his very first Petron FORS weekend.

Adding to the excitement were the support races. The boys in the Supercar Class brought out their big guns with Marbel Bayombong setting the fastest time in his Staunch Performance Nissan GT-R R35. Raffy Rabe outran the 86 Class boys with his Subaru BRZ. Then, lady driver Gaby Dela Merced topped the time sheets in the Asian V8 Championship, besting Enrique Hormillo and Mark Bernardo. 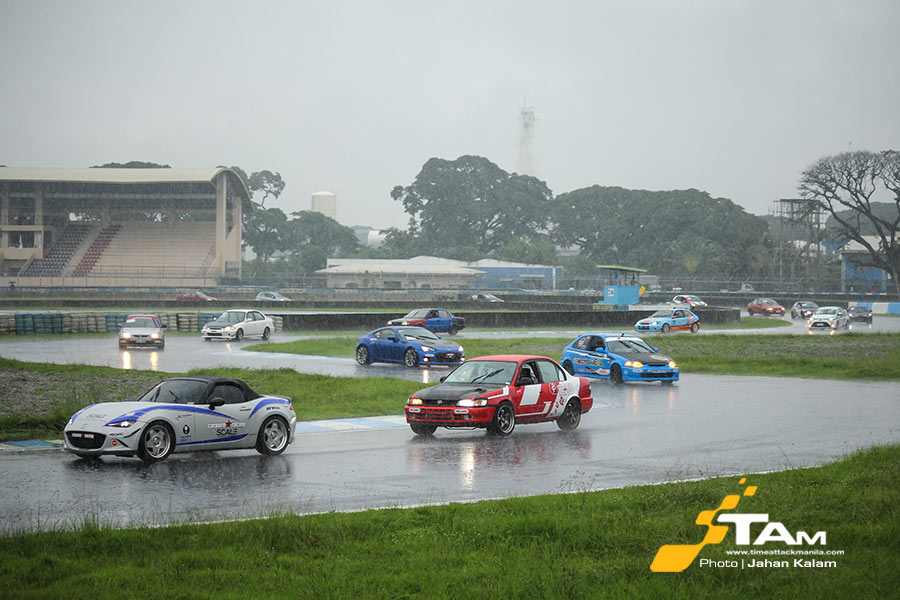 Grid Race
19 drivers roared down the start/finish line in the combined Staunch Performance Grid D and SmartFuels 2 Race Grid E race. Paul Ongcuangco and Errol Panganiban battled for the Grid D lead and swapped positions in the rain. But after 7-laps of racing, Paul eventually took the chequered flag to win with Errole finishing 4.864 secs behind. Adrian Lampano was a further 32.786 secs adrift to take the final podium spot.

Felix Chua, Kody Ng, and JC Alberto were locked nose-to-tail in Grid E. Kody and JC’s attempts to take 1st place proved to be unsuccessful with Felix holding onto his spot to the chequered flag. Kody ended the race in 2nd while JC did well to finish 3rd on his first FORS race. 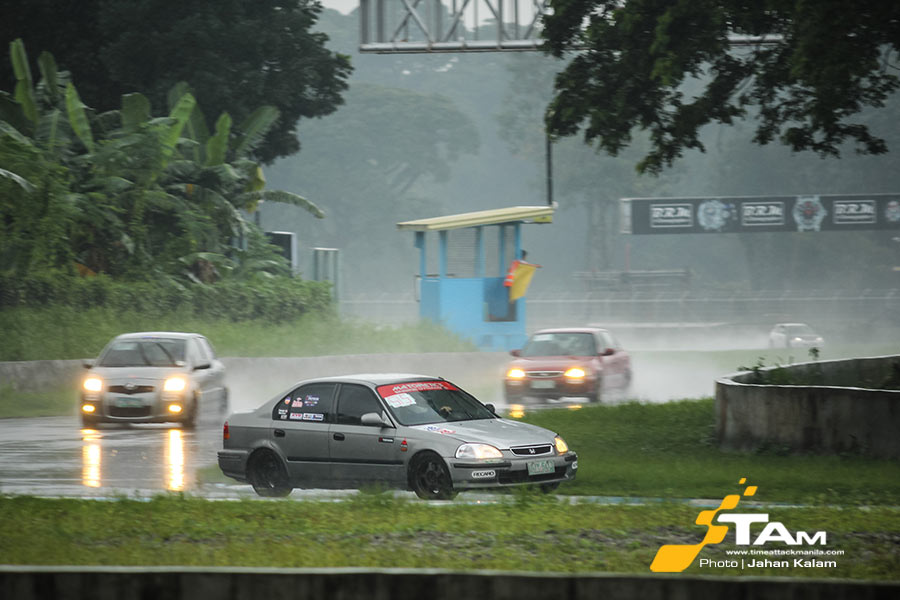 As the conditions only worsened in the afternoon, Grids A, B, and C had to be called off for safety. It will re-scheduled when the Petron FlatOut Race Series stages its penultimate round at the Batangas Racing Circuit on September 15. 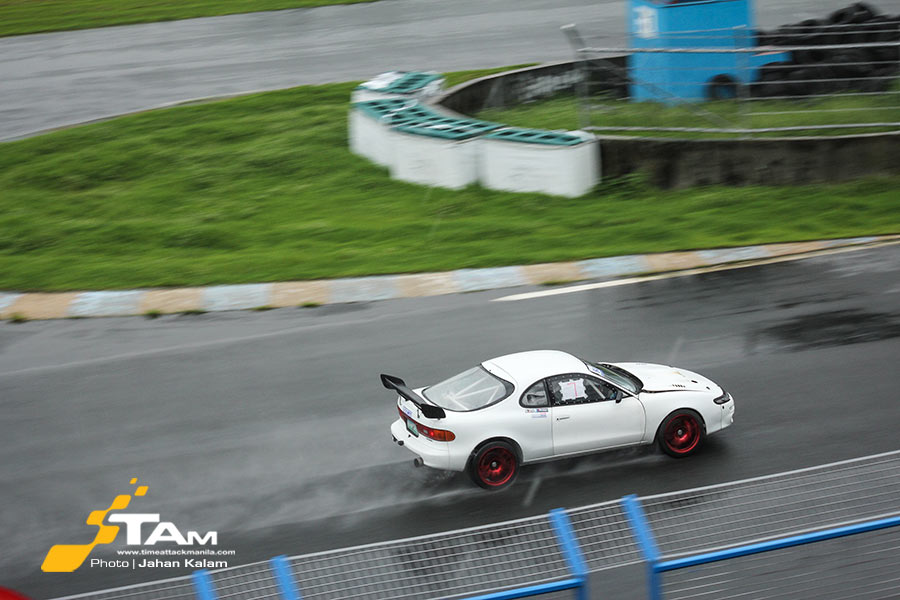 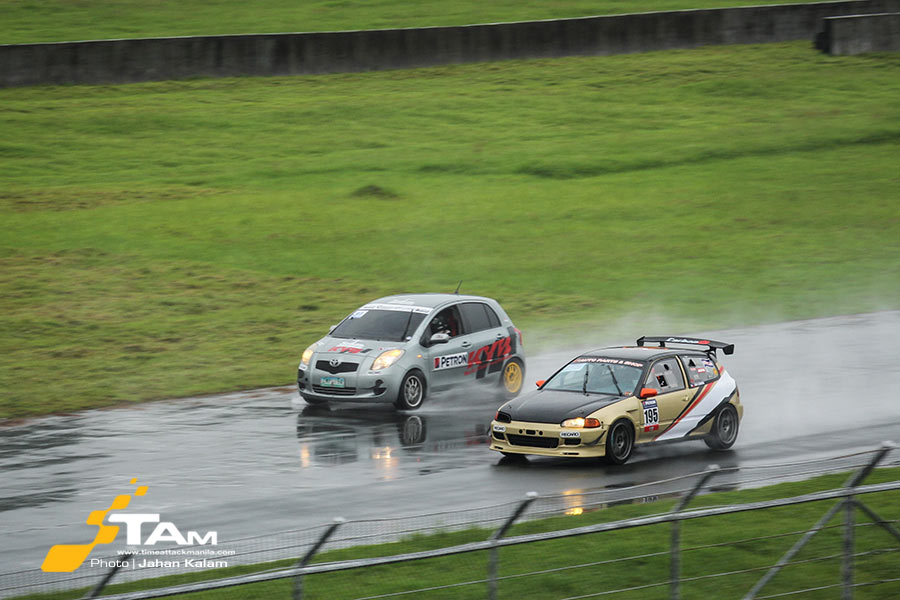 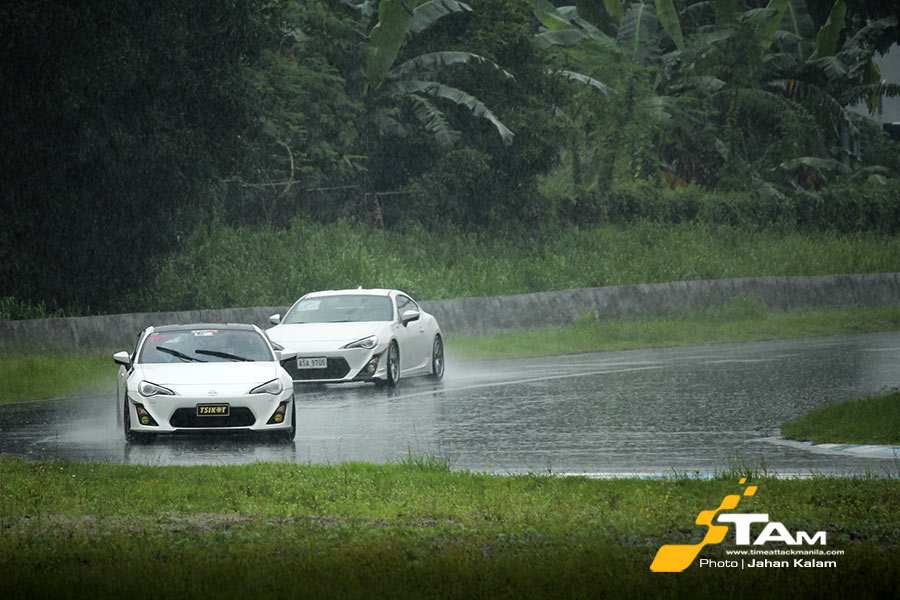 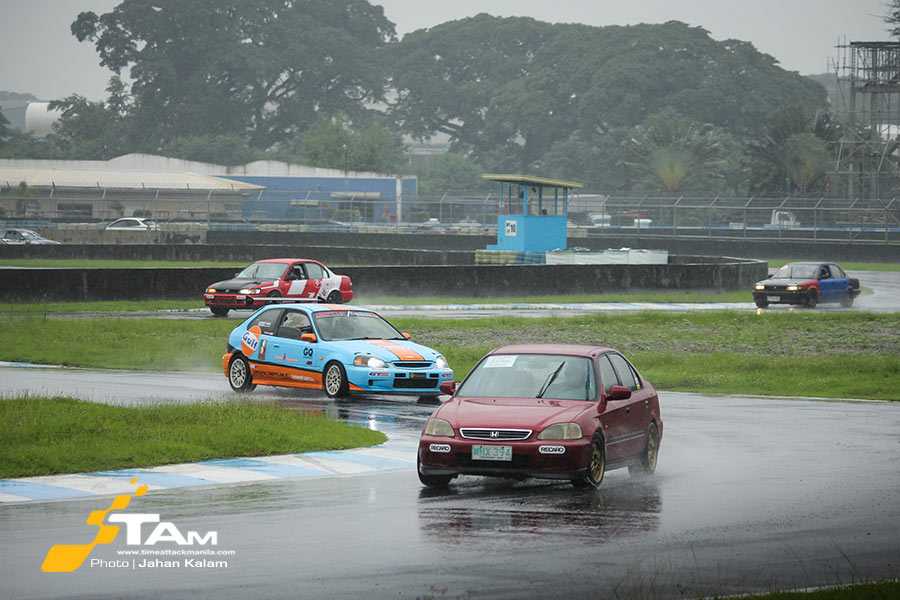 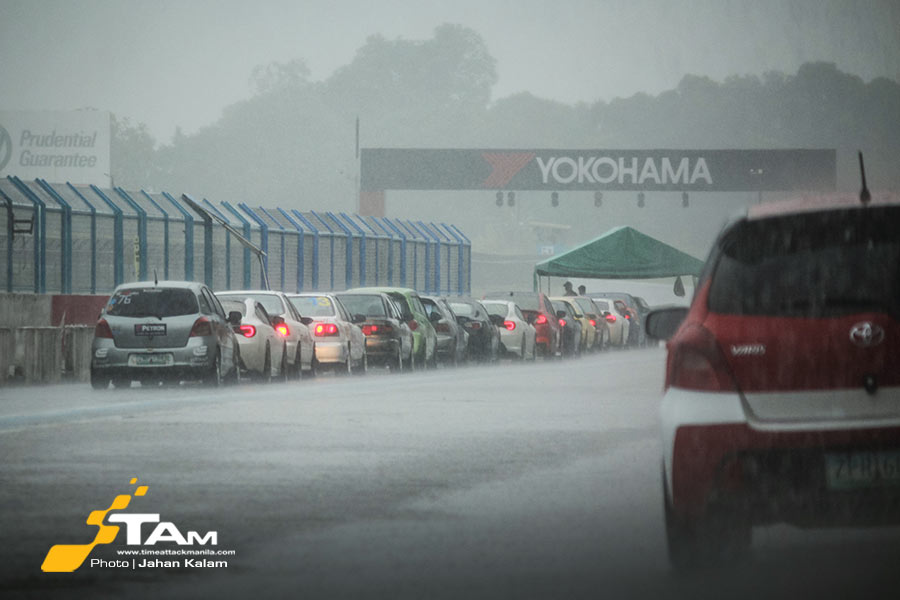