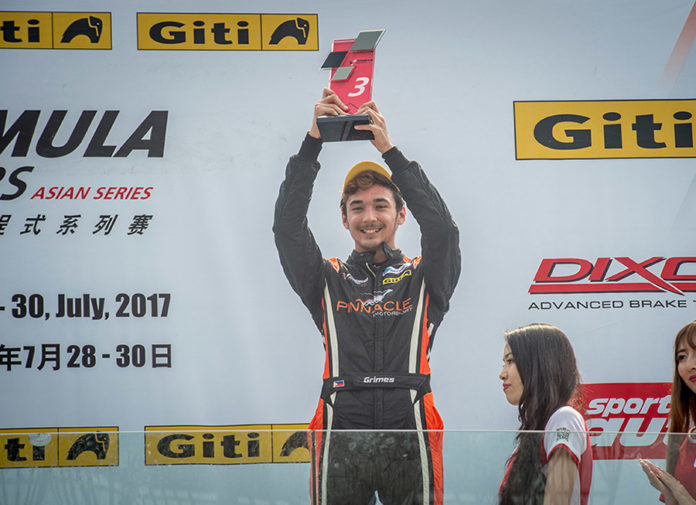 It’s turning out to be a awesome debut season so far for Ben Grimes. The 19-year-old made the big jump into single-seaters this year, driving for Pinnacle Motorsport in Formula Masters Series (FMS). He has shown improvements at every outing, and after a dozen starts, the Filipino-British driver has finally landed on the podium.

Not once, but twice last July 28/30 at the Zhuhai International Circuit. 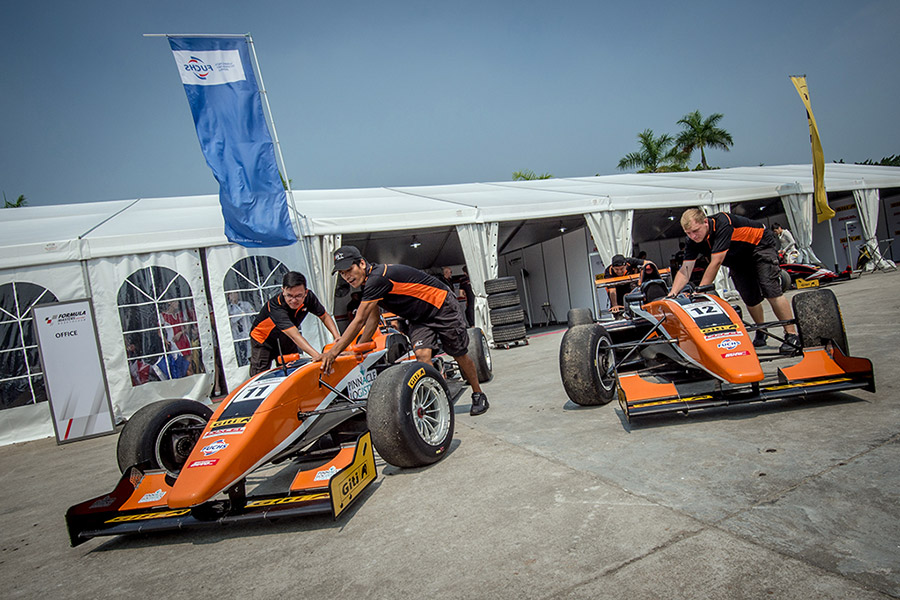 The weekend began with Ben managing a 1:37.781 best lap during the morning Qualifying session. This put him in P4, missing out on pole by only 0.394 secs. Luck wasn’t on his side though that afternoon, slowed down by traffic and an error, which put him down in P8.

On Saturday, he started Race 1 behind teammate Taylor Cockerton and gave chase to the leading Absolute Racing cars. The group eventually built a sizable gap from the field, but the pair struggled with oversteer in the closing stages of the race. Adding to that, Ben made a mistake that bumped him down to 4th in the 12-lap race. 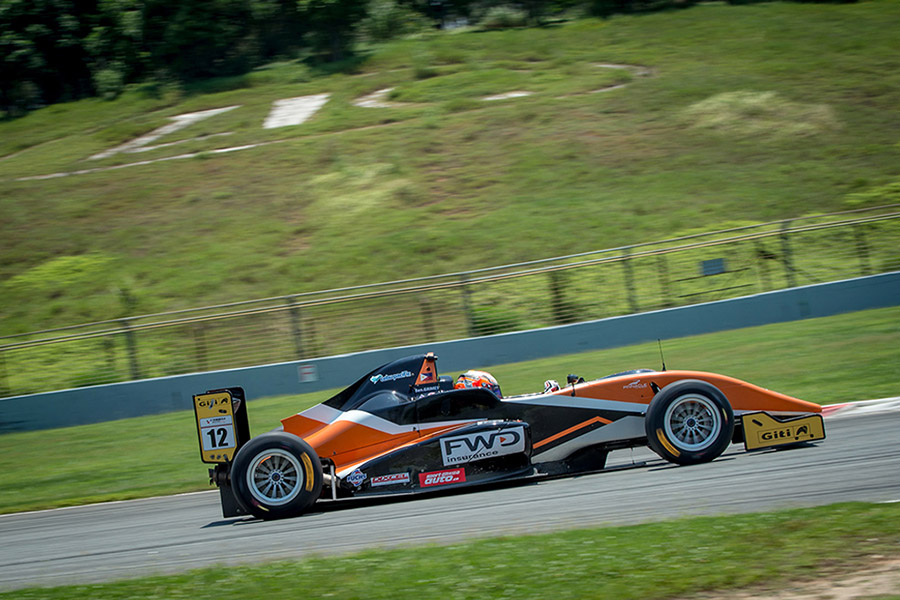 Things, however, improved later that day for Ben. Knowing that P8 on the grid isn’t the best place to start a race, he attacked right from the get-go in Race 2 and was up to P4 by the first turn. His heroic drive didn’t end there, picking up P3 from James Yu of Absolute Racing on lap 2. Ben would hold this position to the chequered flag and score his maiden podium finish in FMS.

As far as know, this makes Ben the first Filipino-blooded driver to make it to the FMS’ overall podium.

Now on a roll, Ben got off to a good start in Race 3 and quickly gained 2 places racing off the grid. He was up to P3 at the end of the first lap and challenged his teammate for another spot. Although he was unable to get past, the pair crossed the finish line with Taylor in 2nd and Ben in 3rd. 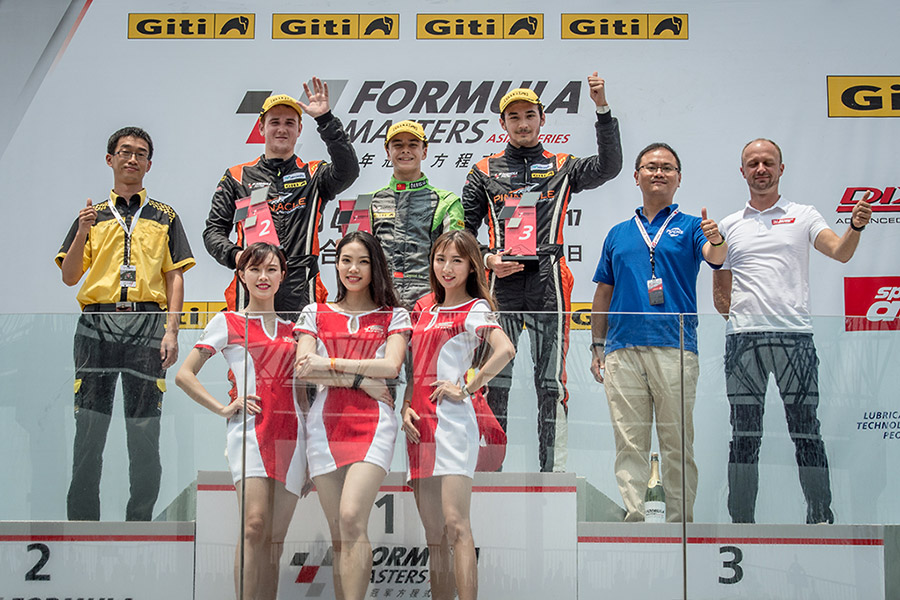 Thanks to his 2 podium finishes in China, Ben is now 7th in the Drivers’ Championship. It’s a long 2 month break ’til the next Formula Masters Series event in September where he’s now aiming for a race win.

Supporting Ben Grimes on his FMS campaign are FWD Insurance and Vanguard Hotels.

Ben Grimes: “What a weekend! The best of the season for me by far with 2 podiums and a 4th place. I’m incredibly grateful to Pinnacle Motorsport for their hard work all weekend. I’m also proud to have been part of the team’s best finish this year in a 2-3 finish in Race 3. Great job to Taylor and looking forward to more podiums in Shanghai.” 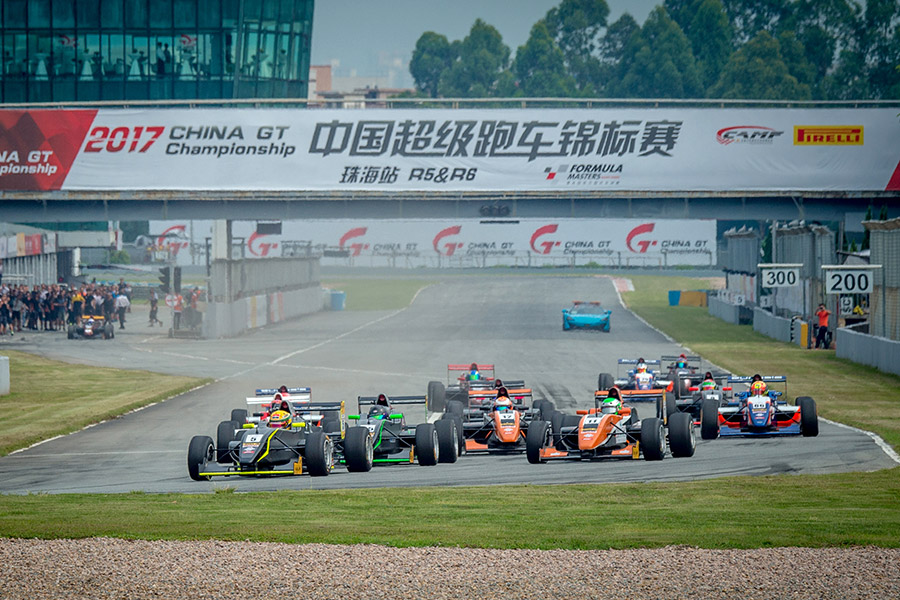 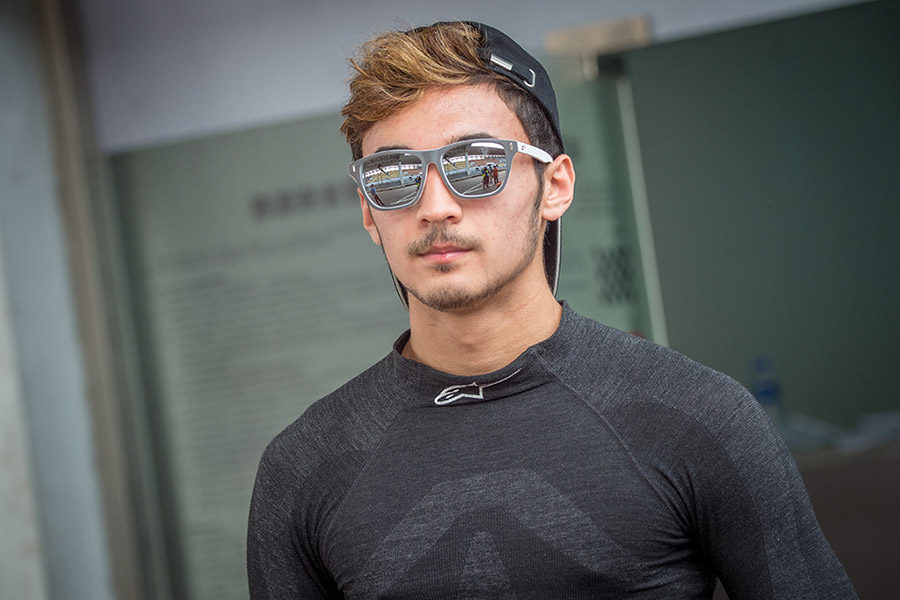 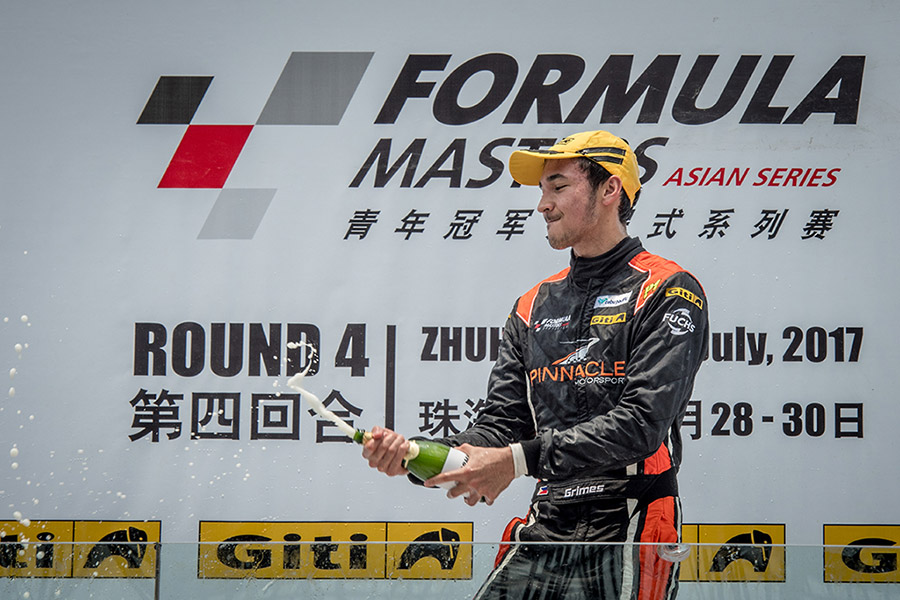