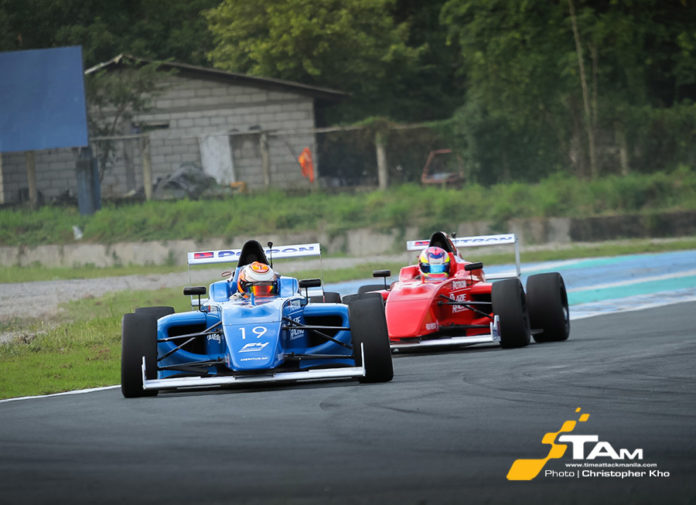 When the FIA Formula 4 South East Asia (F4 SEA) landed on the Clark International Speedway, they tagged along 8 young drivers with them last October 20/22. Some were from nearby Malaysia and Thailand, 1 from China, and another came all the way from Ireland. But the 2 most important names on the grid were of brothers’ Ben and Sam Grimes who raced the Philippine flag.

Ben, who drove for Pinnacle Motorsport in Formula Masters Series this year, started his weekend by setting the quickest time in Qualifying. His younger brother Sam, on the other hand, ended the session in P4 giving both drivers a good starting position on their home race. 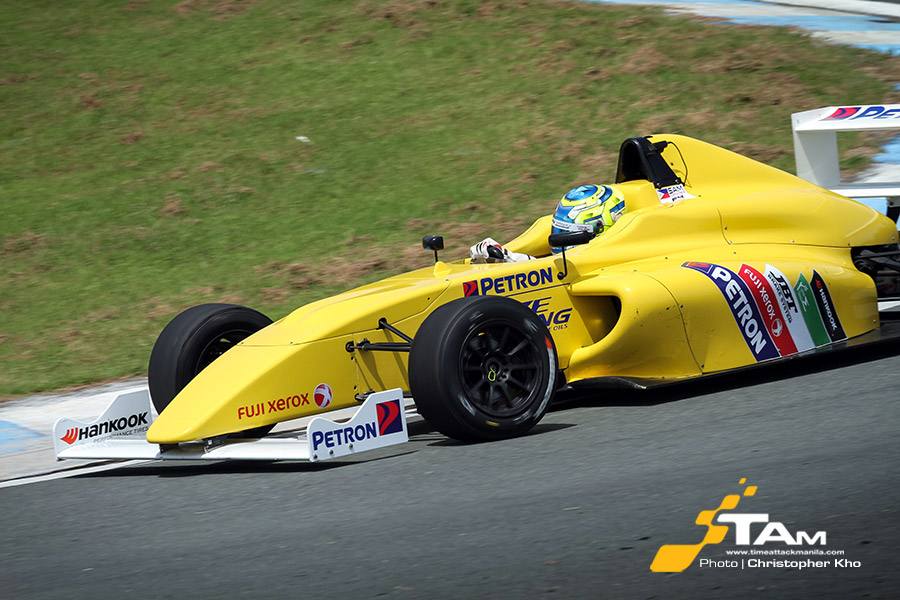 Fueled by Petron Corporation, Race 1 got underway on a clear Saturday afternoon with Ben starting from pole. The 19-year-old defended his lead against Daniel Cao from China for the entire 13-lap race. But Ben managed to soak up the pressure and cross the finish line in 1st, taking a win for the Philippines on the opening race.

Sam wasn’t as lucky, who suffered a DNF after spinning out on the very first lap.

It was a similar story in Race 2. Ben held onto P1 for most of the race ’til a crash on lap 7 ended his race. This allowed 17-year-old Sam to shine. He put on a solid performance to fight his way from last place to a well-deserved 2nd when the chequered flag came out, earning him a ‘Best Rookie Finisher’ trophy in the process. 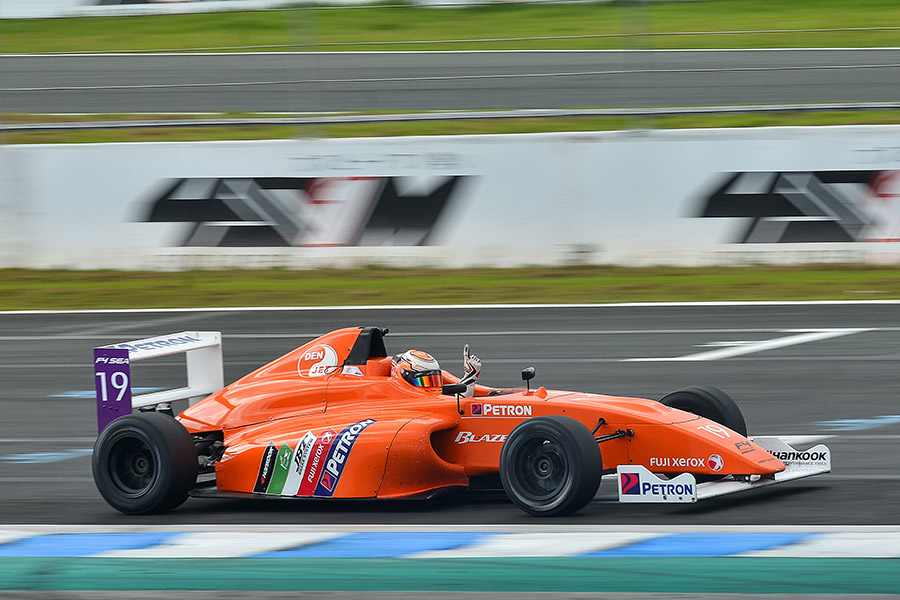 Despite starting from the back of the grid in Race 3, Ben worked hard to gain positions on every lap and eventually finished 2nd. He was able to repeat his success in Race 4 with another 2nd place. Unfortunately, it was another DNF for Sam on Sunday morning.

Race 5 was special for the Grimes brothers. Ben overtook Daniel Cao early on, moving him into the lead and won the race by a 3.955 sec margin. Sam also had his own battles on track, which saw him claim 3rd in the 13-lap race. This gave them a 1-3 finish with both Filipino-British drivers on the podium.

A heavy downpour meant that the final race of the weekend started behind the safety car. Everyone struggled in the rain, including the brothers. Sam spun out defending against Daniel Cao, while Ben pulled off 3rd place in a shortened Race 6.

In total, the Grimes brothers collected 7 podium finishes, 2 race wins, and a pole position for the Philippines. 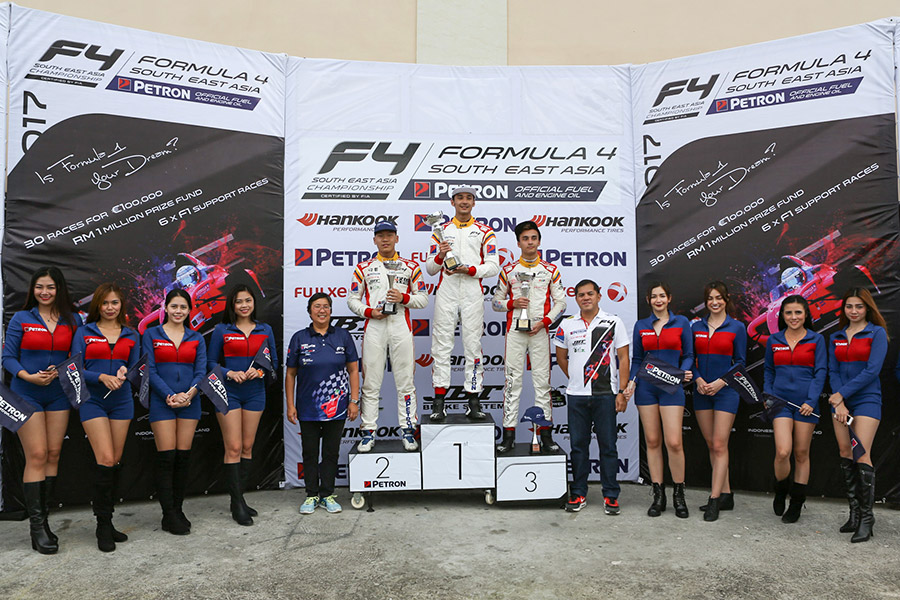 Ben Grimes: “The weekend went really well. Although I crashed out from the lead in Race 2, I won my first races and took my first pole in cars, plus set 3 fastest laps during the weekend out of the 6 races. It’s amazing to win in front of the home crowd, my family, and friends. Thank you to the team at F4 SEA, also to Petron for being a great partner for the series and for supporting us as the home drivers this weekend.”

Sam Grimes: “This weekend turned out far better than I expected, coming off a 1 year break and having practically no experience in single seaters. Ben’s experience and inputs helped me a lot and I’m happy to be on the podium twice representing the Philippines in our home race. With a bit more seat time, I could definitely start challenging for wins in the next few rounds.”

Fueled by Petron Corporation, the FIA Formula 4 South East Asia (F4 SEA) Championship is sponsored by Hankook, Fuji Xerox, RCE, and JBT. Its next event will be at the Sentul International Circuit in Indonesia on November 24/26. 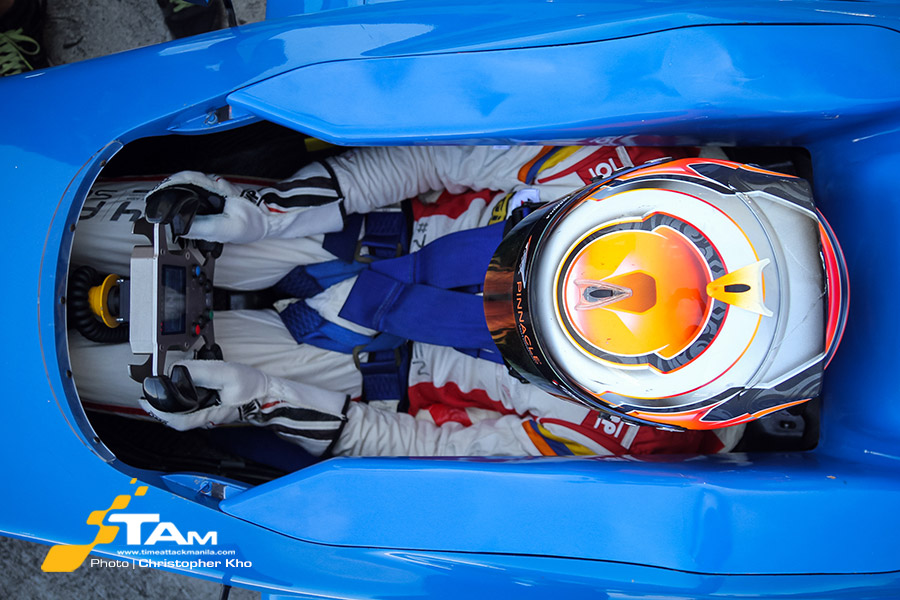 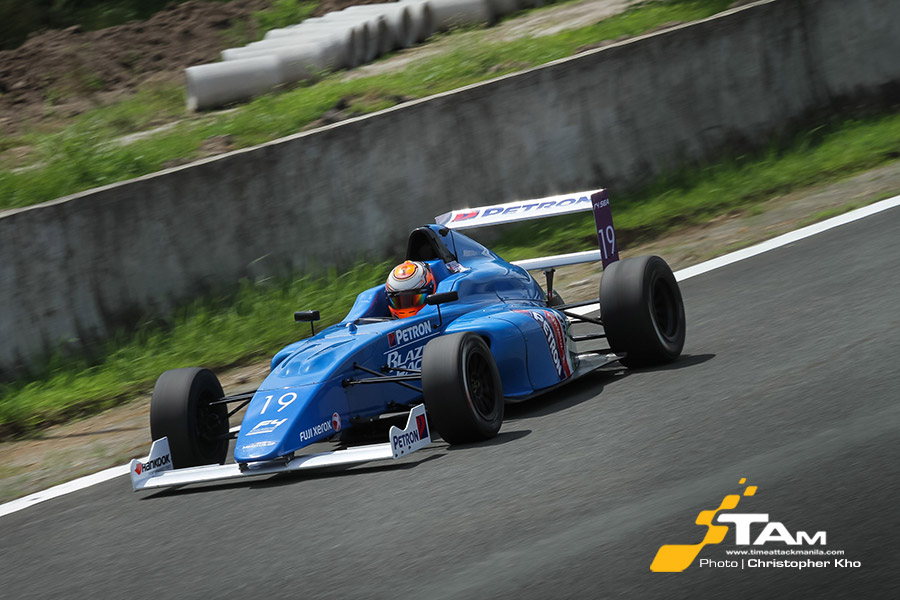 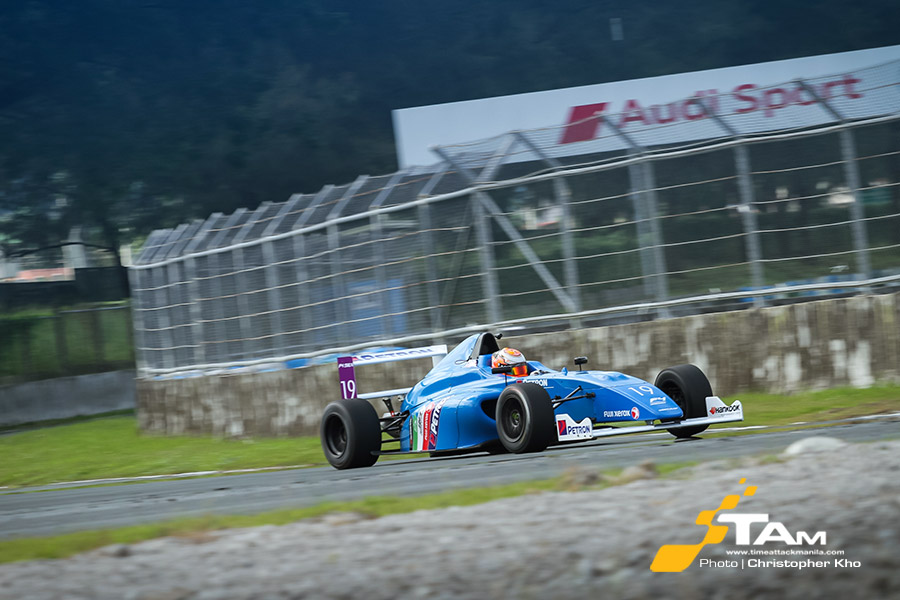 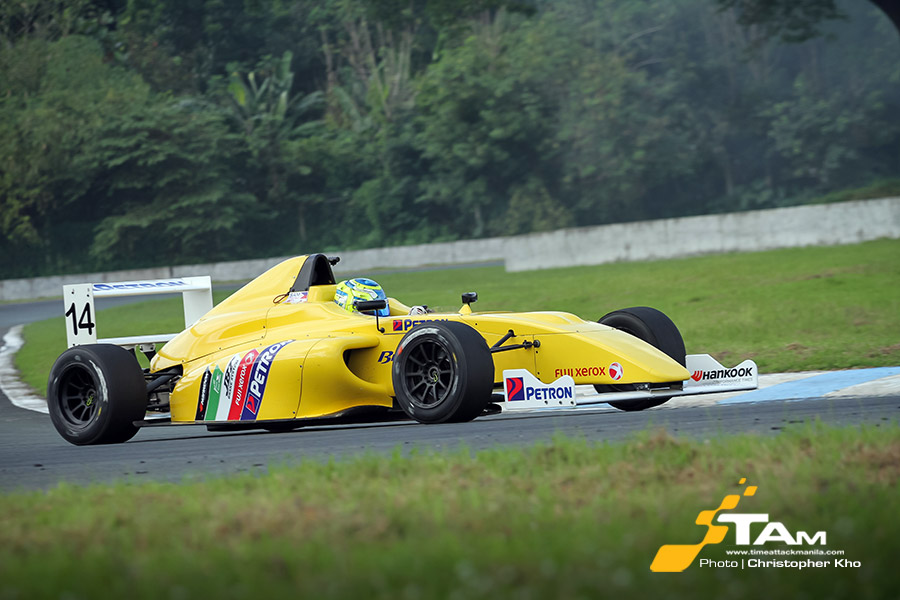 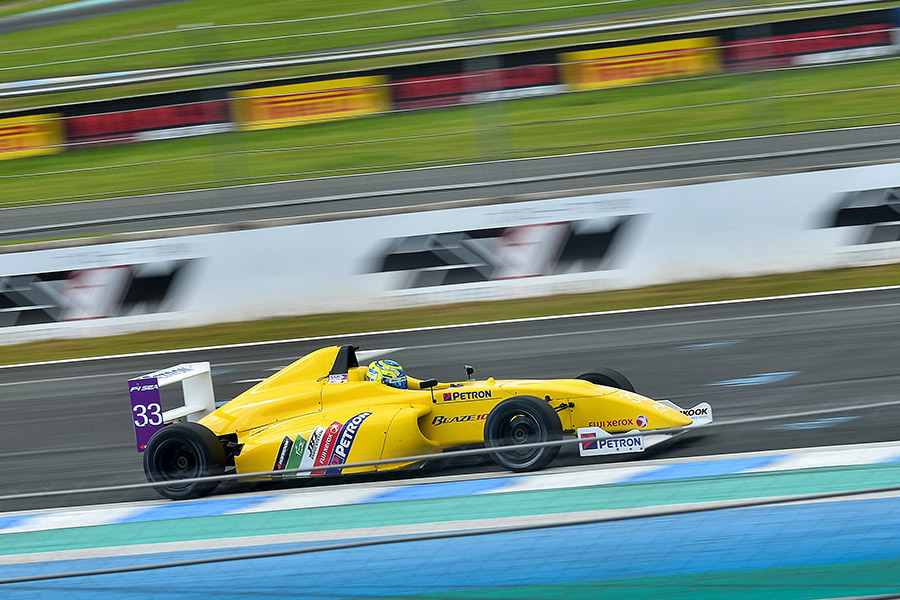