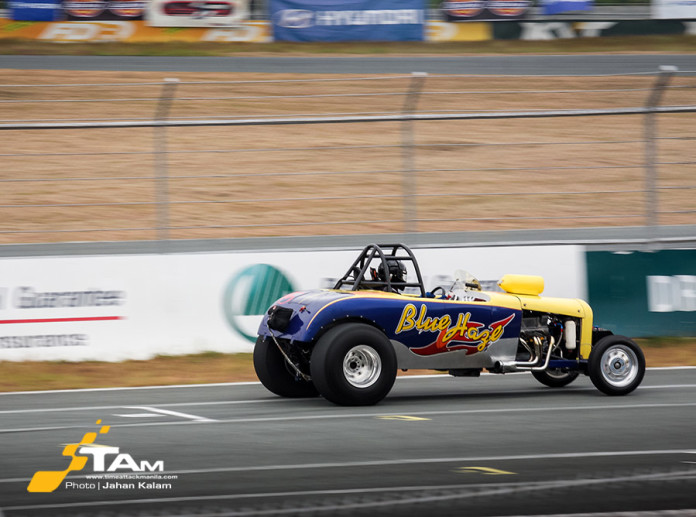 In racing and in life, there’s nothing harder than to say goodbye. But as fruit fall to sprout a new leaf, so too must the senior statesmen of Philippine drag racing decide to fade into the glorious, methanol-glazed sunset. But recede gracefully they most certainly did not.

Bill Hand and John Rizya of the Garage Power Racing Team are hanging up their racing overalls for the very last time. They chose the 4th leg of the 2015 National Drag Racing Championship (NDRC) Northern Series, held last November 28, 2015 at the Clark International Speedway, to announce their retirement from the sport. 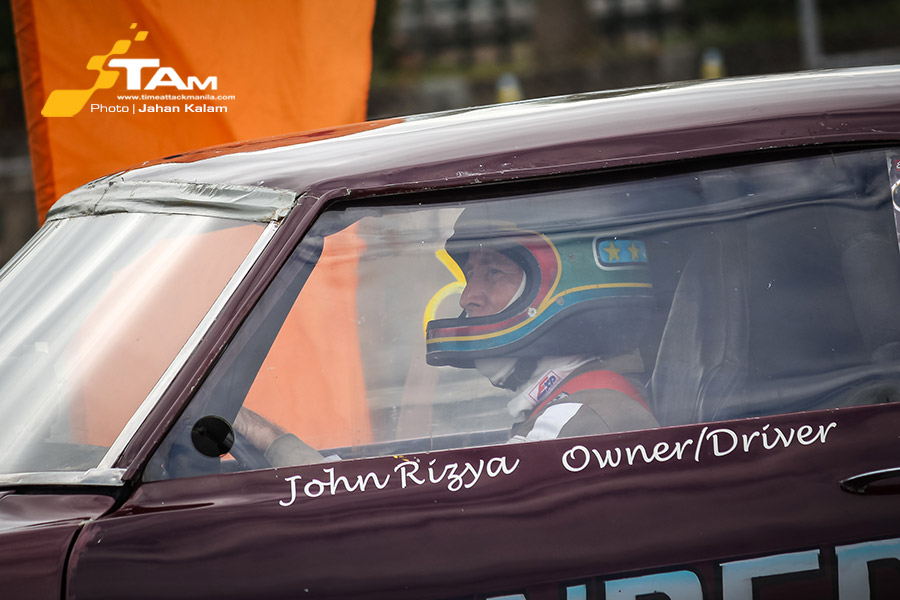 Hand, at 72 years old, is not young at all. But at age 75, “Big John” Rizya is without question one of the oldest participant of an Automobile Association Philippines (AAP) sanctioned event. Despite their ages, Race Steward Phil Gulfin notes that every time the AAP doctor gives them a medical check up, their blood pressure is very much normal, trumping many younger competitors. They’re still spry, as they should be, considering the beasts they ride on the quarter-mile.

We don’t know who will be piloting their iconic straight-line machines after their retirement. Surely younger jockeys would step up to the plate in piloting Hand’s ‘32 Ford “Blue Haze” Roadster and Rizya’s ‘67 Chevrolet “Thunder” Camaro in the upcoming years. 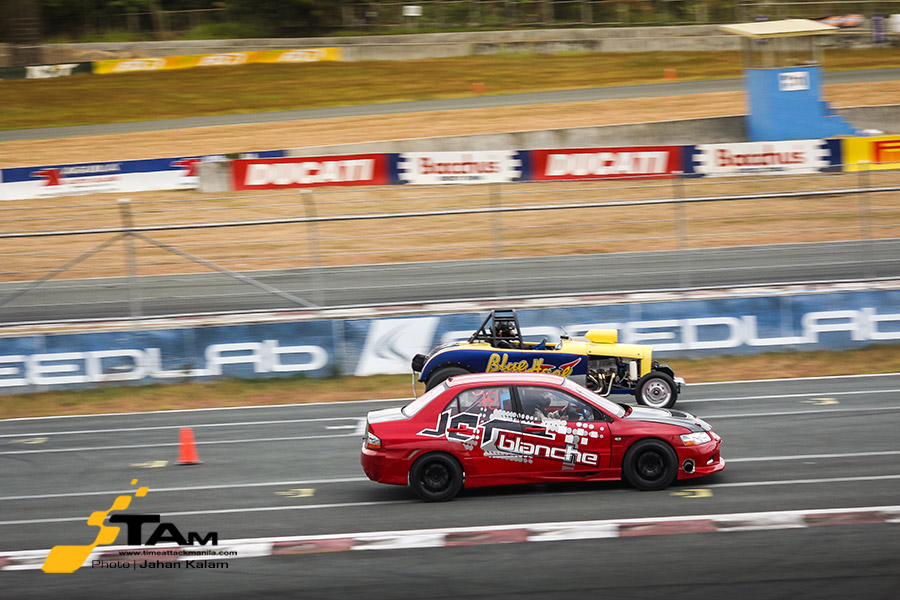 Before saying goodbye, Hand was poised to go against Jonathan Tiu of JCT-Blanche Racing Team for the Quick 8 and Super Pro crowns. This long-overdue battle between the two as the NDRC Northern Series was moved from its original schedule last May 30. Timing system issues postponed the event, a date set 6 months after to avoid the monsoon season.

But the JCT-Blanche ‘Tiunami 1’ Nissan GT-R suffered mechanical issues, so Tiu had to rely on his older Mitsubishi Evolution VIII for the day’s races.

The various Quick 8 heats whittled the field down to the 2 rivals. Hand was able to launch ‘Blue Haze’ perfectly to get ahead of Tiu ’til the finish line. However, a timing system glitch showed that Tiu won the match. The issue was later resolved by the race stewards, awarding the win to Hand as well as the Quick 8 championship for the 2015 NDRC Northern Series. 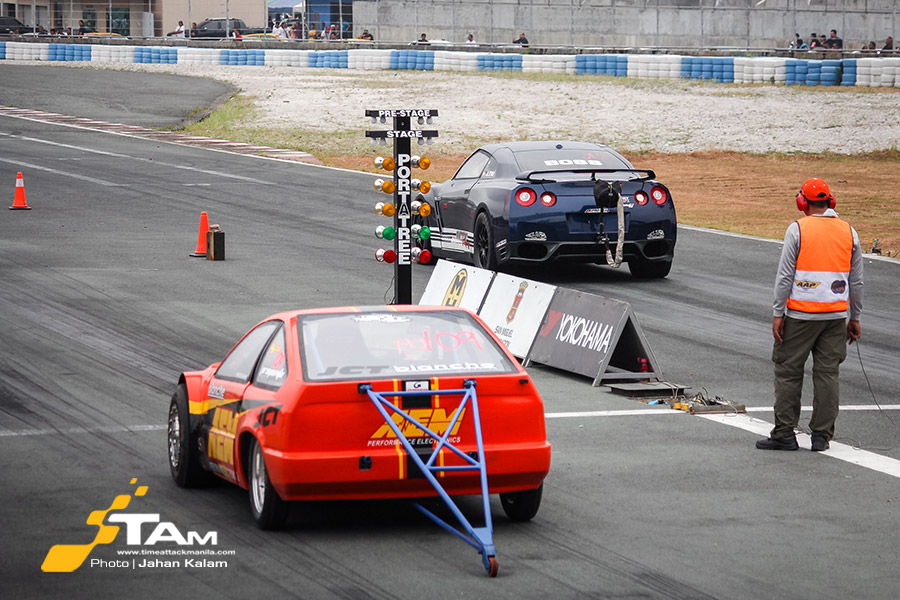 For the Super Pro class, it was Hand and Tiu again gunning for top honors as their cars were the only ones capable of registering a dial-in time of quicker than 10 seconds. Tiu got the best of Hand for 2 consecutive runs in a best-of-3 battle, netting him the Super Pro top spot.

In the Pro class, John Rizya’s Camaro was sadly not able to progress to the final heat. It was Arvin Jay Millet in the Temz Automart Honda Civic emerging victorious with 1st place. Castillo Bernabe in the No. 100 RSL Motorsports Honda Civic and Jojie Benedicto in the turbo rotary-engined SMDC Toyota Starlet took 2nd and 3rd places, respectively. 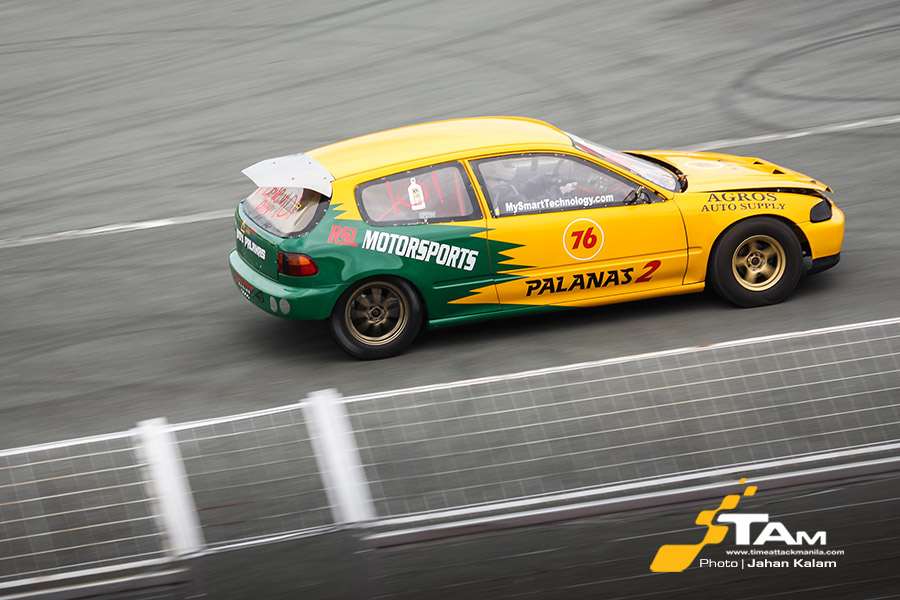 In the Expert Class, Arvin Jay Millet wrapped up his successful season with yet another win, while Angelo Chua garnered the 2nd place. Chris Jason Millet then went on to claim 3rd place.

With over 166 entries, people were taking advantage of the event’s unusual November date to scratch their racing itch and prepare for next year’s championship. Drag heats ran well into the night, but the enthusiasm of all competitors never wavered. 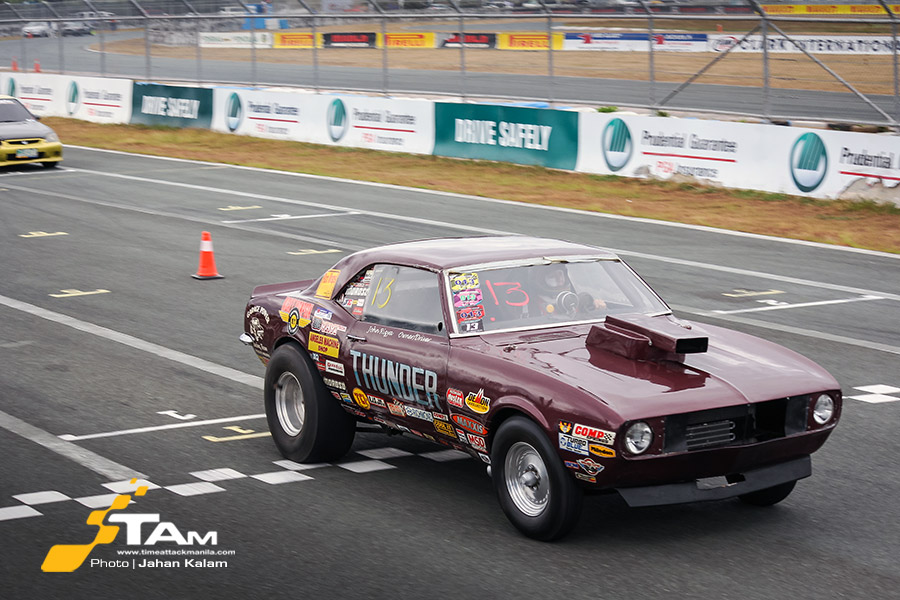 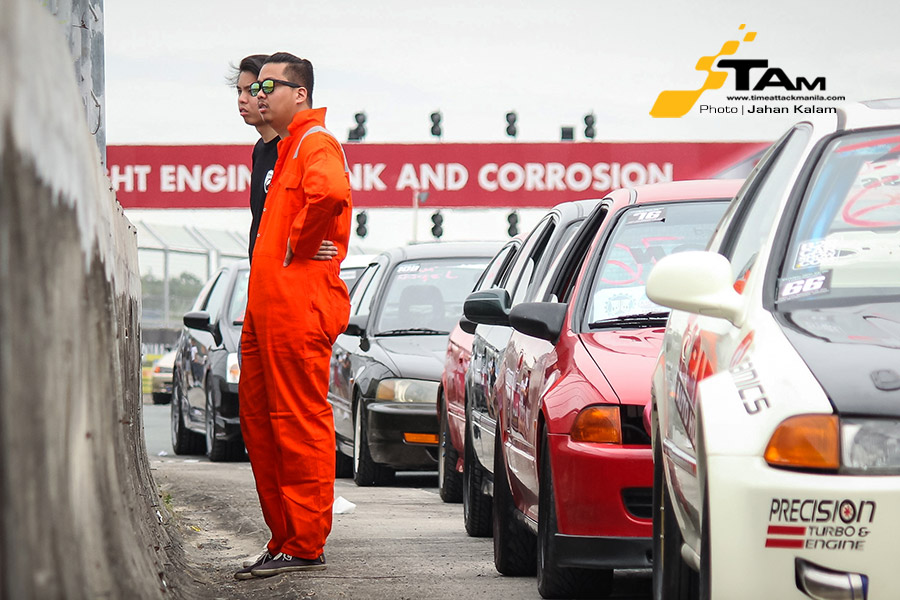 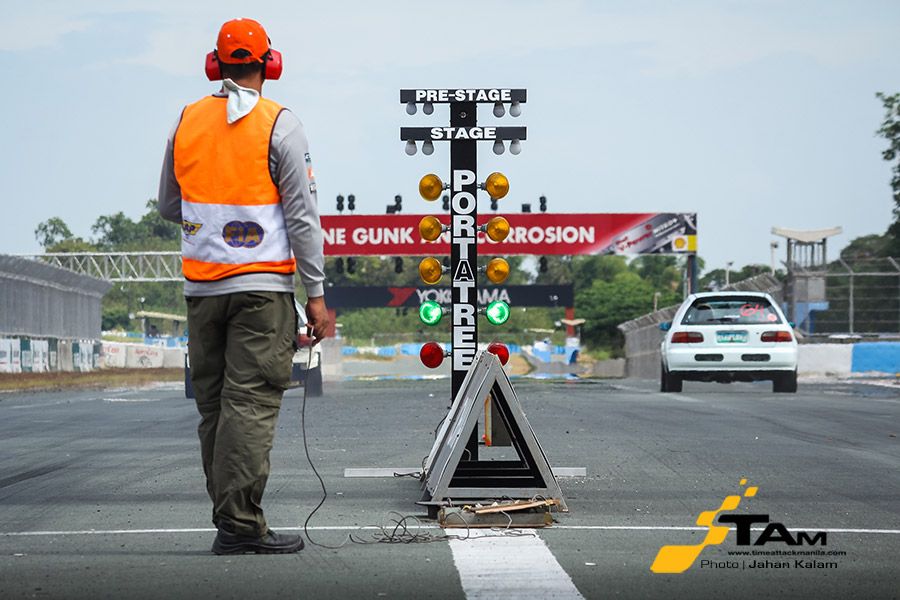 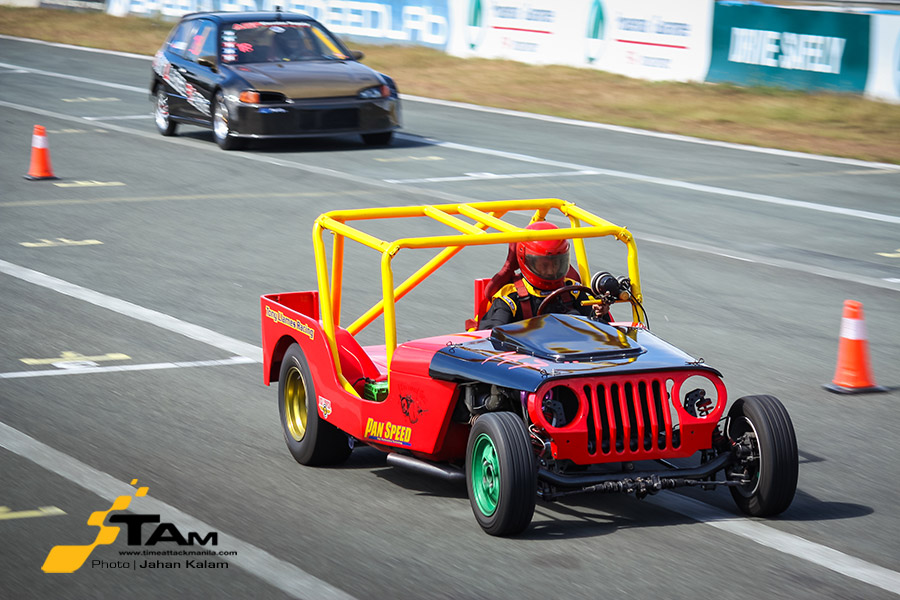 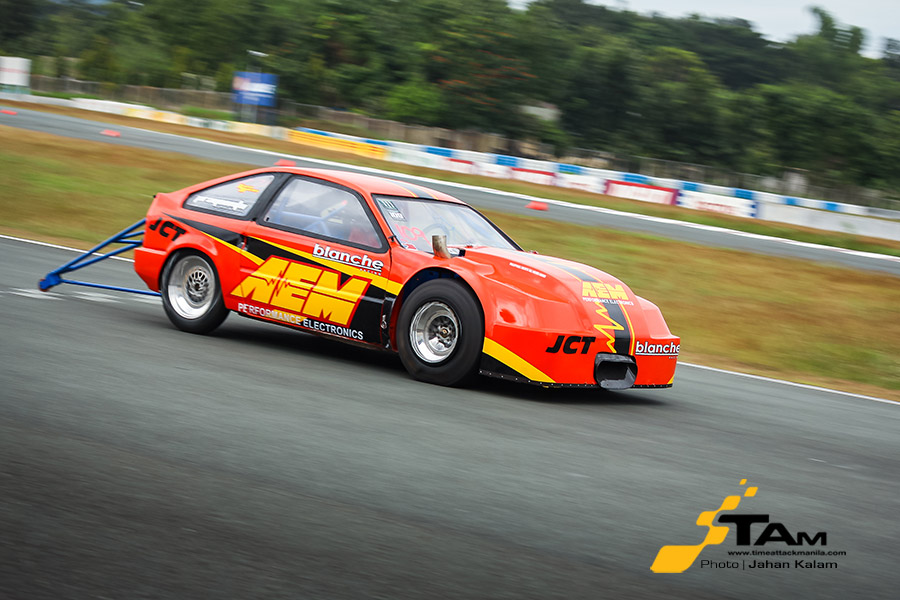 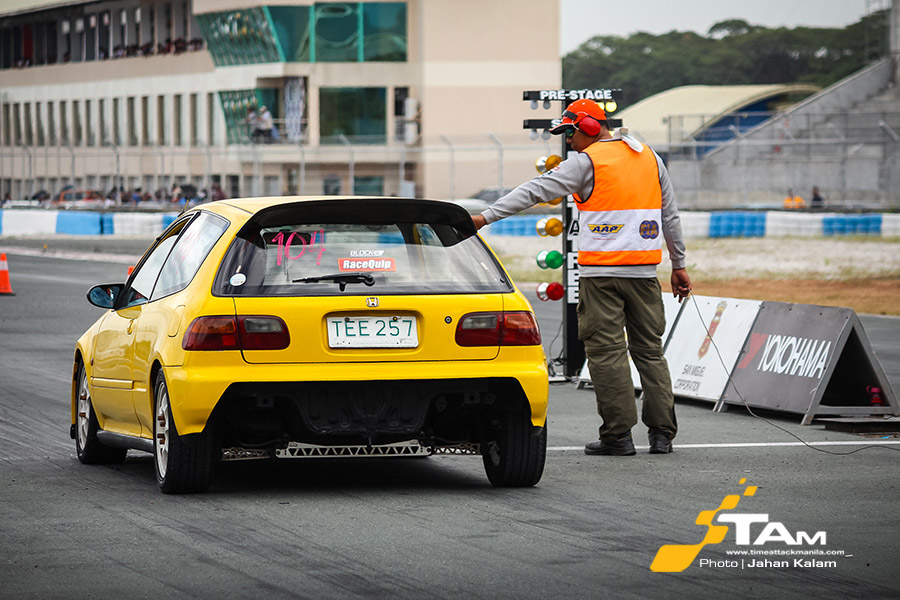