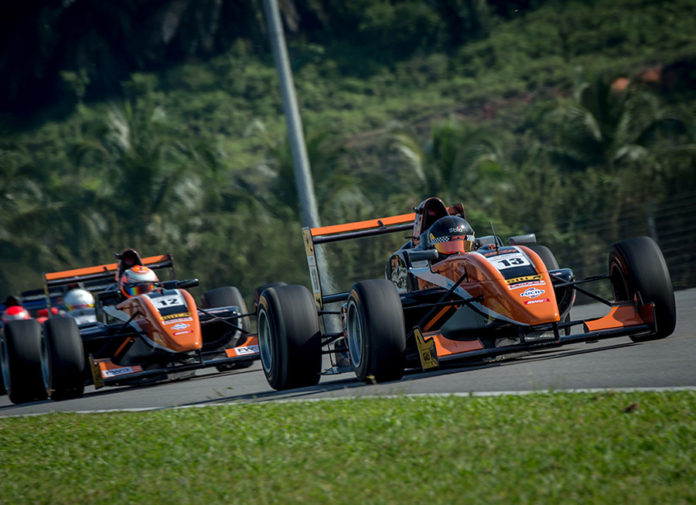 We just have to put it out there that, Taylor Cockerton, Ben Grimes, and Antolin Gonzalez are all rookies in the Formula Masters Series. Heck, Ben hasn’t even raced in single seaters before this weekend. That’s why their race win and 2 podium finishes at the Sepang International Circuit were quite a feat for Cebu Pacific Air by Pinnacle Motorsport.

The drivers from New Zealand, Philippines, and Spain made up the team’s 3-car lineup during the season opener last April 7/9. It was also the debut of Pinnacle Motorsport’s new black-and-orange livery which looks damn good. 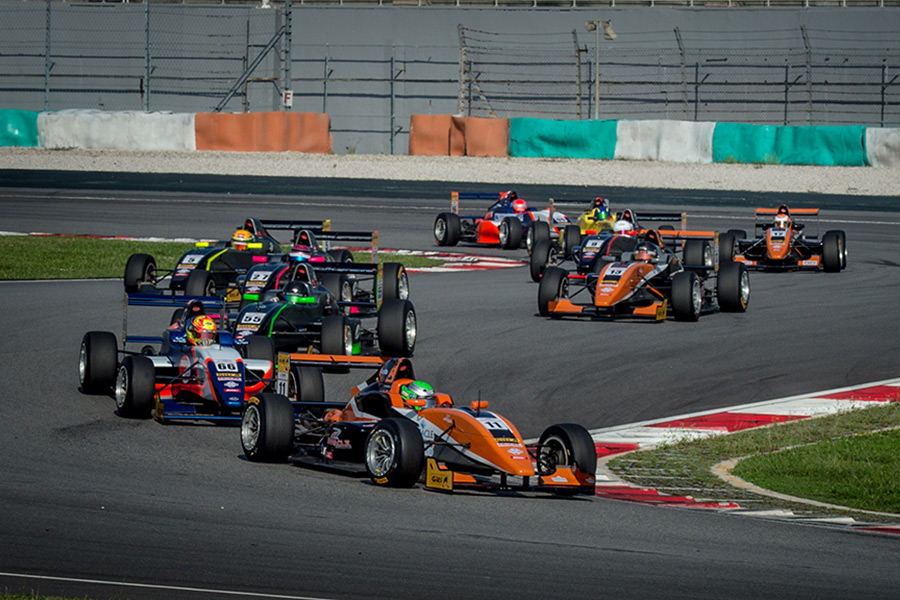 Taylor was fastest of the bunch, qualifying P2 and P1 in the wet. His teammates, on other hand, were 9th and 10th fastest.

This gave Taylor a front row start in Race 1 on Saturday. But as luck would have it, he was tagged by another car on lap 3 and retired. Antolin had a more incident-free race and claim his weekend’s best 4th place finish. Behind him was Grimes who made it to the finish line in 5th.

Undeterred, Taylor bounced back hard to take 3rd in Race 2 while setting the fastest lap. Ben also did a stellar job to end the race in 5th while Antolin had to defend his position to earn 7th. 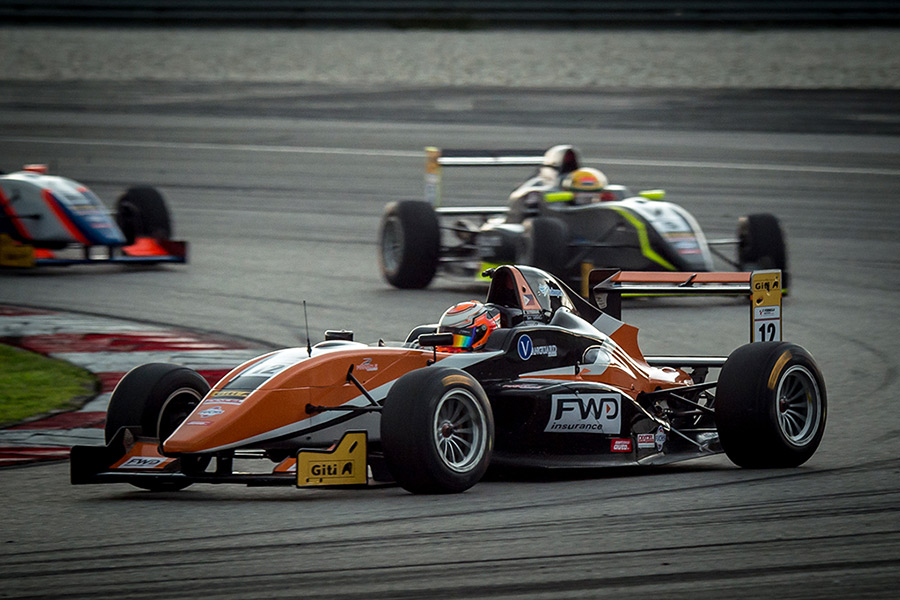 Starting from pole in Race 3 on Sunday, Taylor pushed all the way to the chequered flag in the 6-lap sprint, earning him 1st and giving Cebu Pacific Air by Pinnacle Motorsport its first win of the season. Antolin was also busy fighting for 5th, but dropped down to 11th after a spin. As for Ben, the 18-year-old fought his way from last place to finish 7th.

Taylor was once again heading the team’s assault in Race 4 where he scored another podium with 3rd. Antolin got another 5th, while Ben sadly ended his race with a DNF.

With all their championship points, the Philippine-licensed team now sits 2nd in the Teams’ Classification as they prepare for the next event in May. Accompanying Cebu Pacific Air by Pinnacle Motorsport on their FMS campaign are partners Cebu Pacific Air, Teng Tools, and P1 Racewear. 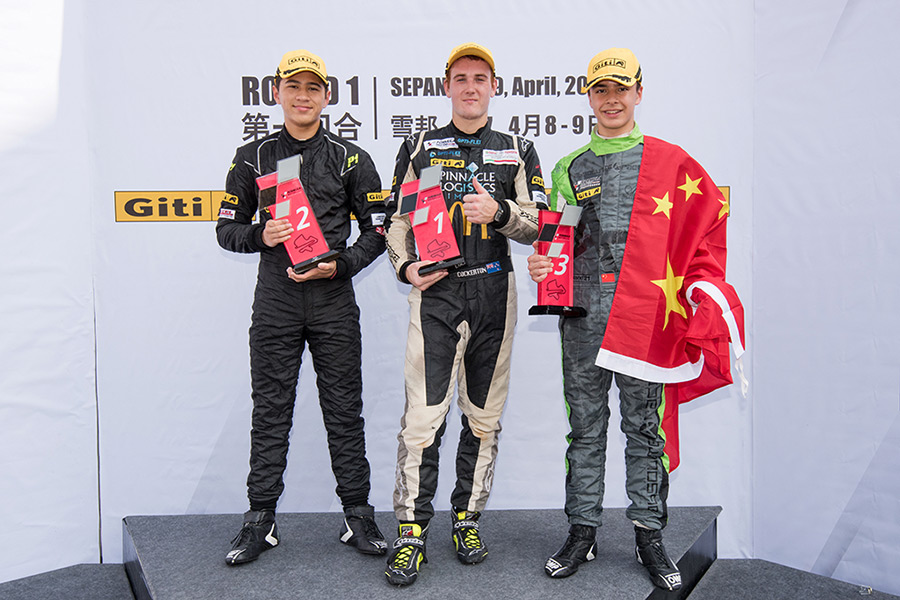 Taylor Cockerton: “It’s been a great weekend and a solid start to the championship. We had a great qualifying session which was good for the races. It’s a shame we had a DNF as we probably would have been second in the championship, but to get two thirds and a win is nothing to complain about. I have to say a huge thanks to Cebu Pacific Air by Pinnacle Motorsport for all their work over the weekend. I’m already looking forward to the next one!”

Ben Grimes: “I’m pretty happy with the weekend considering it was my debut in single seaters. Thanks to everyone at Cebu Pacific Air by Pinnacle Motorsport. The whole team worked very hard with many late nights to give me a competitive car. I am glad to score points in the first three races, with a 5th, 6th, and 7th place finish, not only for myself but also towards the team championship.”

Antolin Gonzalez: “It was a good start to the season. We made a lot of progress over three days and I enjoyed racing in Sepang. There were some challenging moments during the race, but I managed to score good finishes and collect points for me and the team. I’m really looking forward to the next race here where I aim to make it onto the podium.” 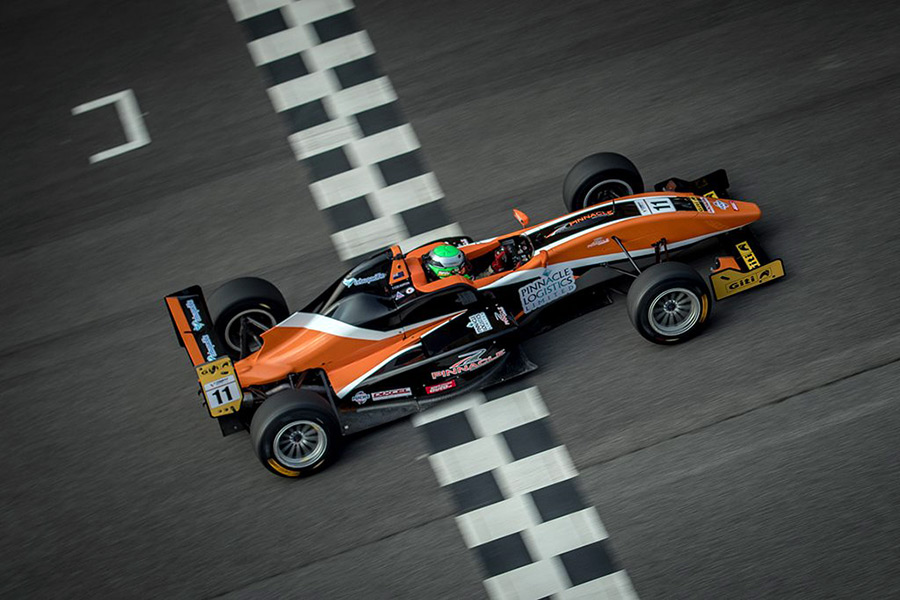 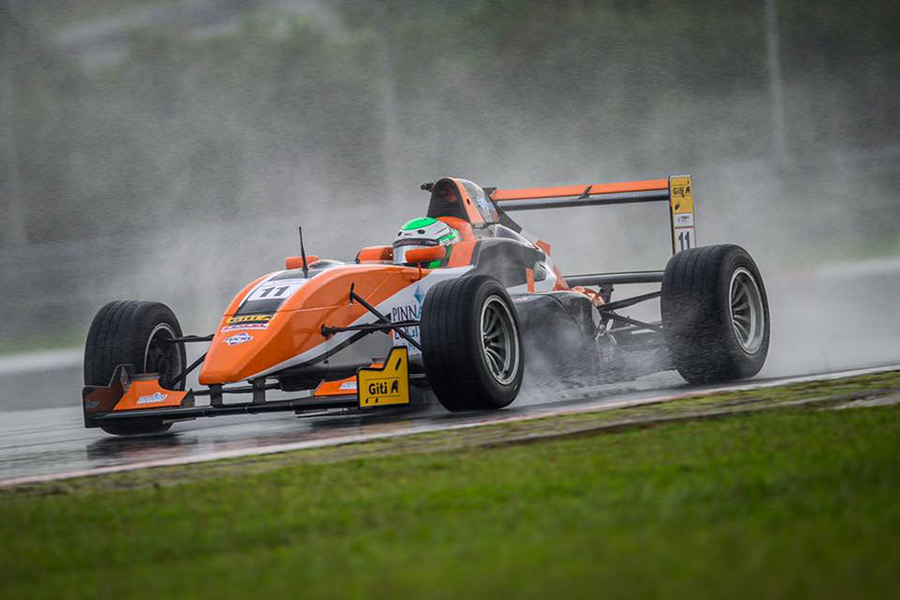 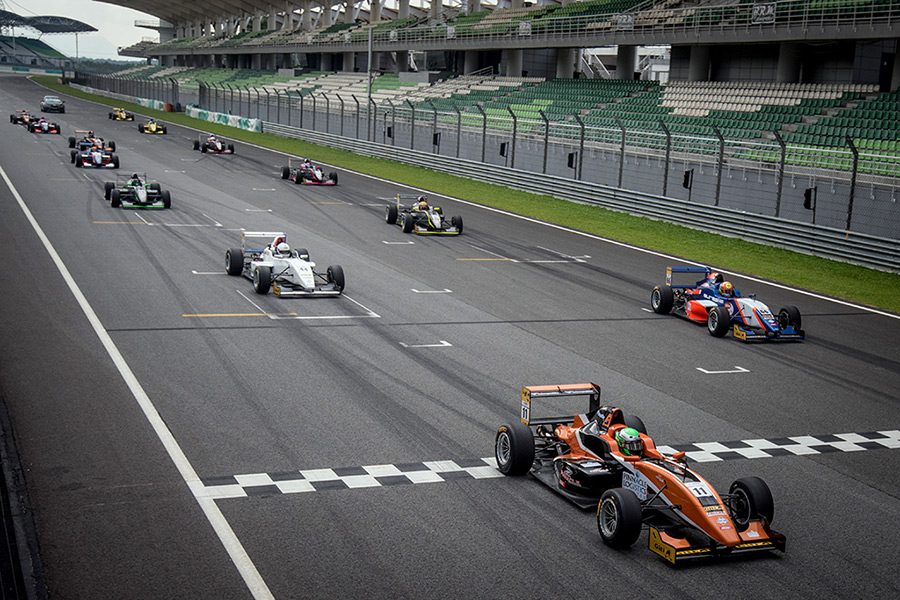 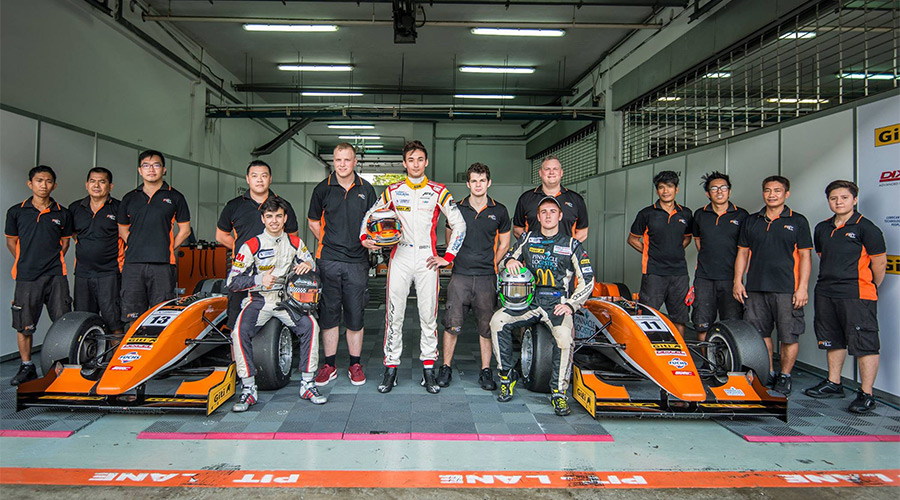