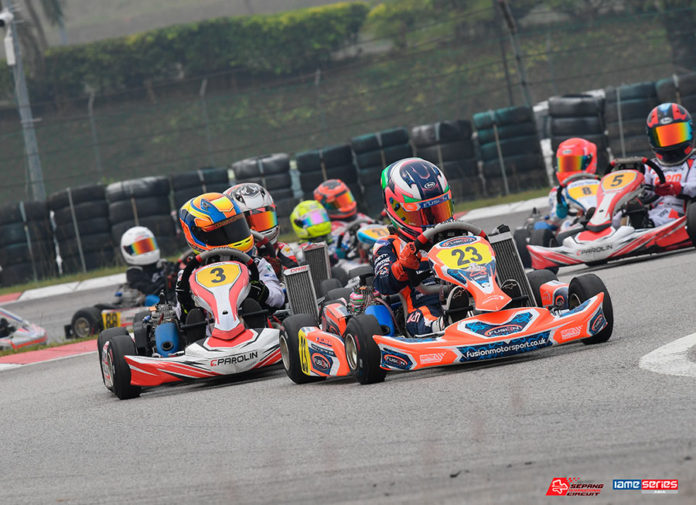 All-in-all 97 of the best karters from around Asia came to the Sepang International Kart Circuit (SIKC) last September 14/15 with the goal of taking the SIC IAME Series Asia’s 2019 championship. In the end, only 4 would ever get that prestige for the Cadet, Junior, Senior, and Master categories.

Adding to the challenge was a new official tire that was introduced for the weekend. Supplied by MG Tires, teams were required to adapt to the new compound by adjusting their setup and driving style accordingly. Hazy conditions then plagued the racers early on, followed by a light drizzle on Sunday morning. But the weather eventually cleared up allowing the karters to fully exploit the grip of their new racing slicks.

The SIKC was also a fitting venue for 2019’s season ender as the circuit, if all goes according to plan, will be closed starting December for a major overhaul. 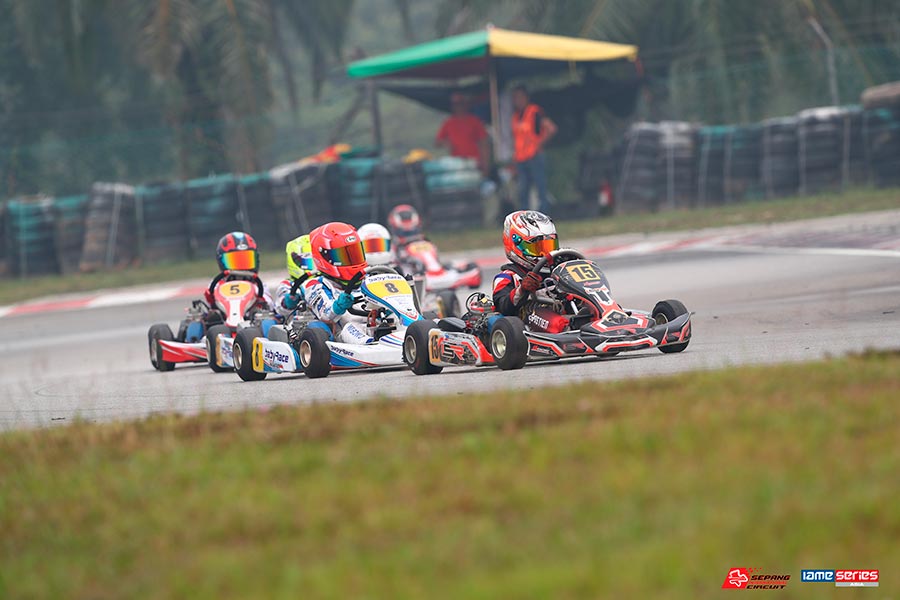 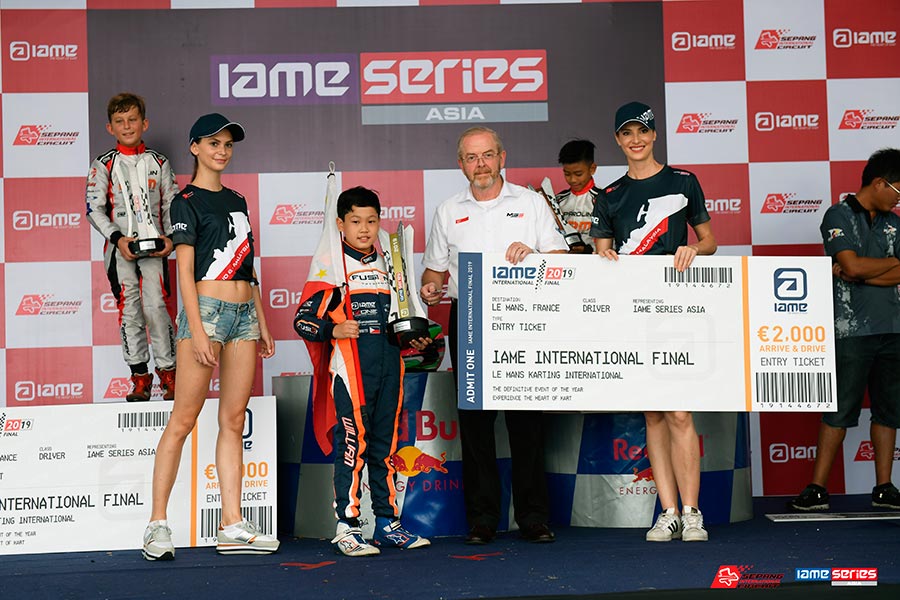 Cadet Category
DRM Racing Team driver Travis Teoh was the star of the weekend. He drove flawlessly to take the chequered flag for both Heats 1 and 2, placing him on the front row of the grid for the Pre-Finals. Unfortunately, all his hard work was undone when a first lap tangle forced him into a DNF. Travis, however, bounced back hard for the Finals. The Malaysian youngster charged his way from the back of the 20-kart grid to take a dominant win after 15 laps.

Meanwhile, points leader William Go of AutoInc Racing made sure he was consistently inside the top 3 in all sessions. He may not have matched Teoh’s pace but a 3rd place in the Finals was enough to earn the Filipino karter the Cadet Championship. 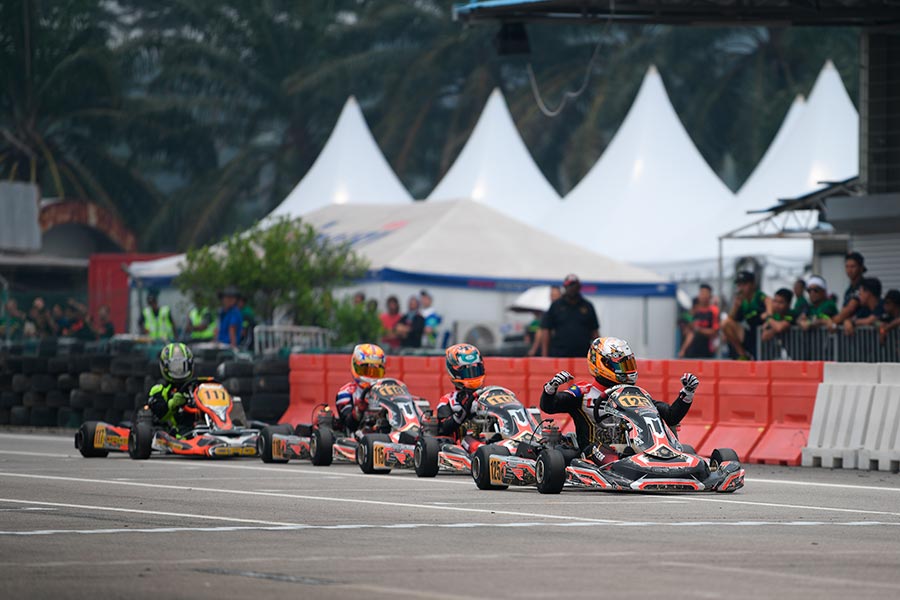 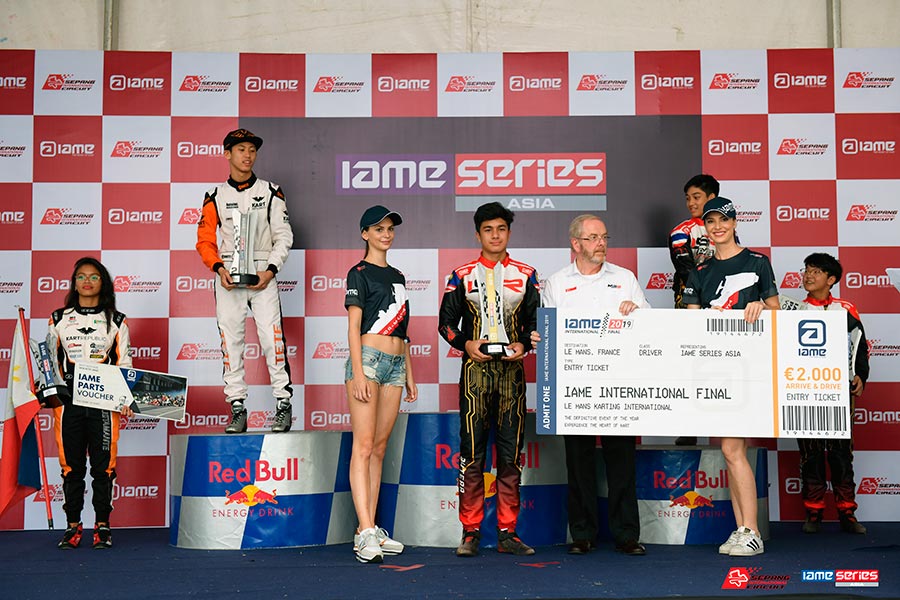 Junior Category
All the 18 drivers in the Junior Category qualified within a second of each other, showing the competitiveness of this group. The quickest were the I.S. Racing trio of Christian Ho, Putera Adam, and Tasanapol Inthraphuvasak who dominate all sessions, eventually taking 1st, 2nd, and 3rd places in the Finals. The flawless performance also allowed Adam to claim the overall title in the Junior Category, capping off a perfect weekend for the team.

As for Bianca Bustamante, the lone Filipina karter on the grid fought hard to finish 8th in the Finals and secure 4th in the championship race. 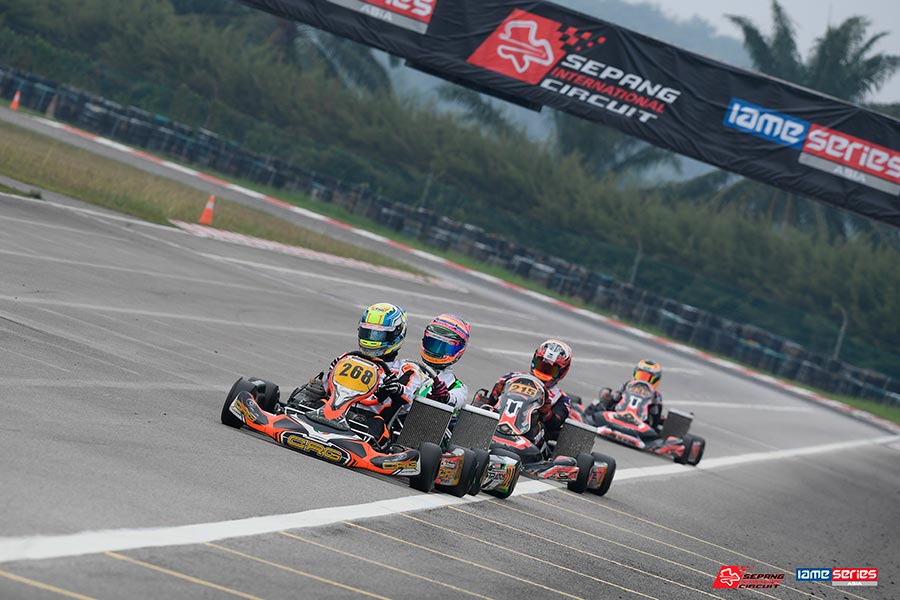 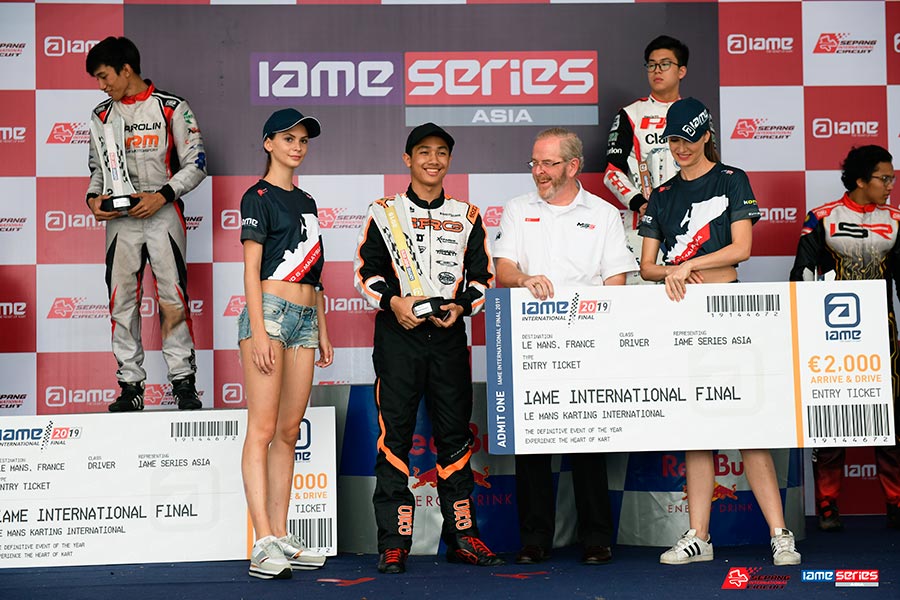 Senior Category
Once again attracting the biggest turnout with 27 entries, the Senior Category saw some of the closest action of the weekend. The usual suspects would top the results, but there were also several returnees such as Jarute Jonvisat of Maxima Motorsports and Thanakrit Metheevuttikorn of CRG Thailand.

Amer Harris Jefry of DRM Racing Team would go on to win the Finals with a massive 7.863 secs, followed by Alex Huang of Stratos G51 in 2nd, and Nikhil Bohra of I.S. Racing in 3rd. But a 4th place finish for Prassetyo Hardja would prove to be enough for the Indonesian driver to secure the Senior Category title. 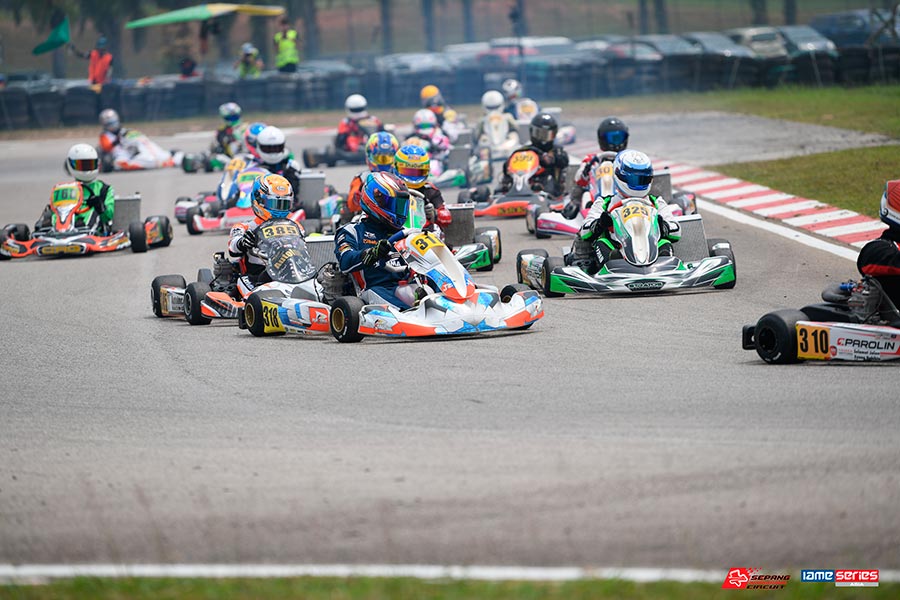 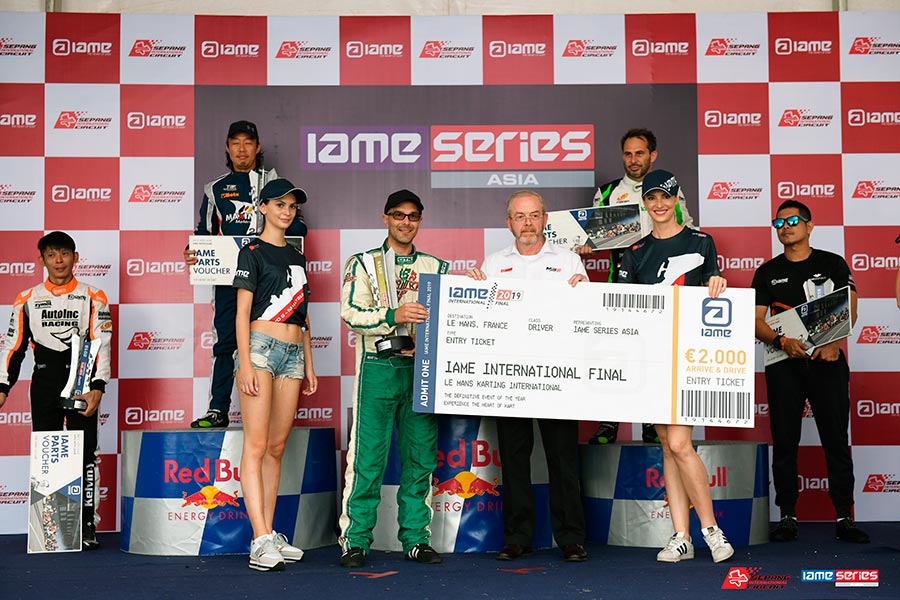 Master Category
Mark Domaschenz has pretty much dominated the Master Category and rightfully won the overall championship with another near-perfect race weekend. He qualified on pole, won Heat 1, and took 2nd in Heat 2. The driver from Singapore then went on to win both the Pre-Final and Final race to claim the title by 37 points.