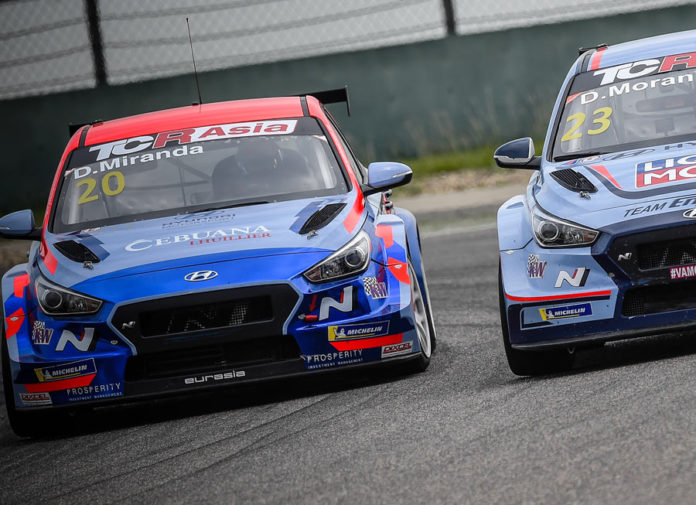 Eurasia Motorsport is on a roll in TCR Asia Series as they’ve racked up podium finish after podium finish so far in 2019. This is largely thanks Daniel Miranda who came out as the top Asian driver yet again during the championship’s third event at the Shanghai International Circuit.

It was, however, not all smooth sailing for Miranda and his team. They struggled with car setup early on, while Miranda needed several sessions to fully acquaint himself with the 5.451 km F1 circuit. But once everything came together, the Cebuano was finally able to push the #20 Hyundai i30 N TCR with full confidence enough for him to Qualify P8 out of a combined 21-car grid of TCR Asia and TCR China.

Backed by Cebuana Lhuillier, Miranda would get off to a good start off in Race 1 and slotted into P6 by the end of the first lap. He then had a good scuffle against his hard-charging rivals to maintain position, but at the cost of his tires. The lack of grip eventually slowed him down in the closing stages of the race where he ended up 9th overall and 2nd in the Asian Drivers’ classification.

Miranda made up for the missed opportunity with a brilliant drive in Race 2. This time starting from P3 on the grid, he shot up to P2 on the run to the first corner. The Hyundai Motorsport Customer Racing Junior Driver then battled with the top TCR drivers from Europe and South America and even made several attempts for the lead. But in all the chaos, he inadvertently left the door open for his competitors to get past. Despite the slight misstep, Miranda continued to fight and crossed the finish line 5th overall to land on the podium with with 1st place in the Asian Drivers’ class. 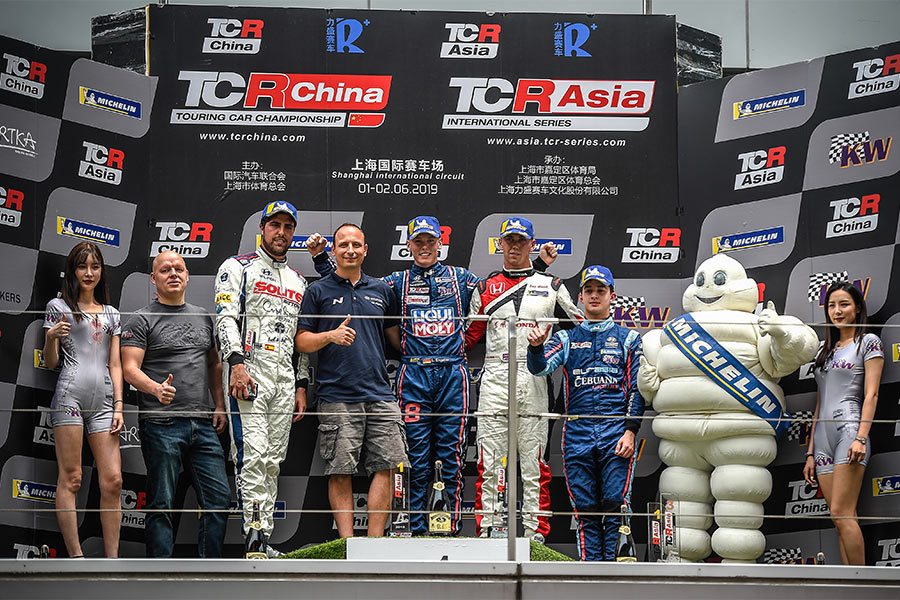 With his strong performance, Daniel Miranda maintains 4th overall in the championship and extends his lead in the Asian Drivers’ standings to 29 points. After a short one month break, the TCR Asia Series will resume on July 5/7 at the Zhejiang International Circuit for the penultimate event of the 2019 season.

Daniel Miranda: “Although we encountered some challenges over the weekend, I’m very happy to be able make it onto the podium in Shanghai. This is only my first year in TCR Asia and it feels amazing to be able to compete on the same level as the top three or four drivers on the grid who have more racing experience around the world. I learned a lot from them and hope to continue on learning for the next two races in Zhejiang and Bangsaen which I have never visited before.”

Roland Hermoso, Driver Coach & Manager: “Daniel is showing a lot of improvement at every race and he continuously gets better. There’s still a lot of work to be done, but it’s good to know that he’s already knocking on the doors of world class TCR drivers. It’s amazing what he has already achieved on his debut season and we’re looking forward to see him on the podium again in the final two rounds in 2019.”

Jean Henri Lhuillier, Cebuana Lhuillier President and CEO: “I’m so elated and proud of Daniel’s strong performances. Cebuana Lhuillier will continue to support him as I strongly believe that he has what it takes to become one of the best drivers not just in Asia but in the whole world.”