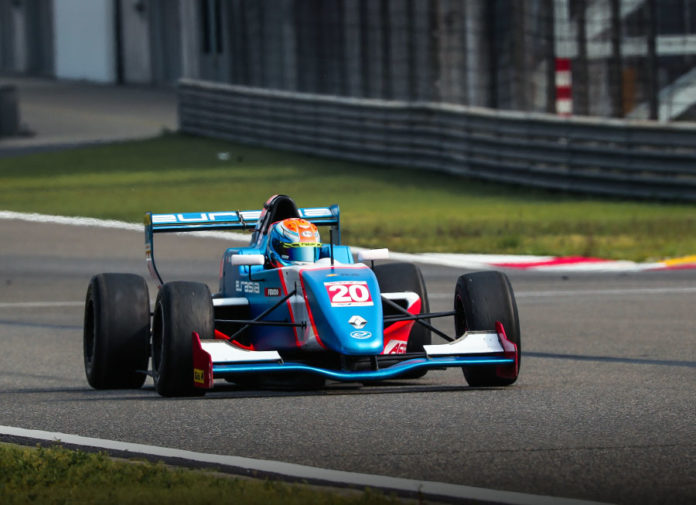 Still a rookie in Asian Formula Renault (AFR), Daniel Miranda of Eurasia Motorsport has quickly emerged as one of the front runners in 2018 after his performance last April 28/29. Not only did the driver from Cebu out-qualify his teammate, but also scored a top 3 finish at the Shanghai International Circuit on only his second outing.

The Formula 1 track, however, presented new challenges to the 21-year-old. Its high speed layout puts more emphasis on aerodynamics, precision, and physical fitness. This also happens to be Daniel’s first time at Shanghai. 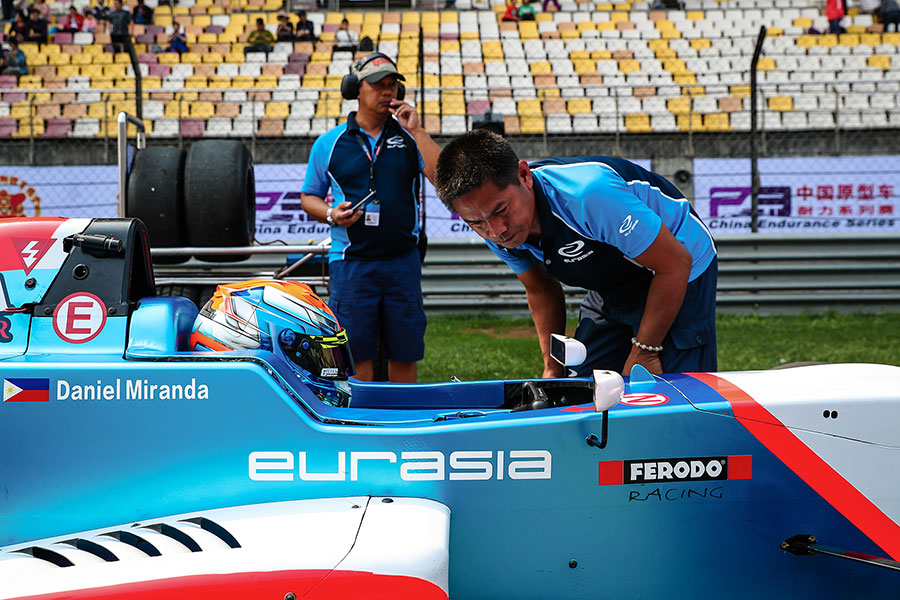 “The track is really high speed, which is something I’m not used to. We don’t have these type of corners back home,” he commented. “But every time I go out I make sure to find places to improve on. I was also able to adapt easily with help from the team’s engineer.”

Driving the #20 machine, Daniel set the 5th fastest time in Qualifying 0.011 secs ahead of his more experienced teammate. This boosted his confidence leading up to Race 1.

He got a good start off the line on Sunday morning and gained a position when a rival spun out. A brave overtaking maneuver then moved him up to 3rd by lap 5. From this moment on, he simply focused on maintaining position until the chequered flag dropped on lap 14, scoring his very first podium finish in AFR. 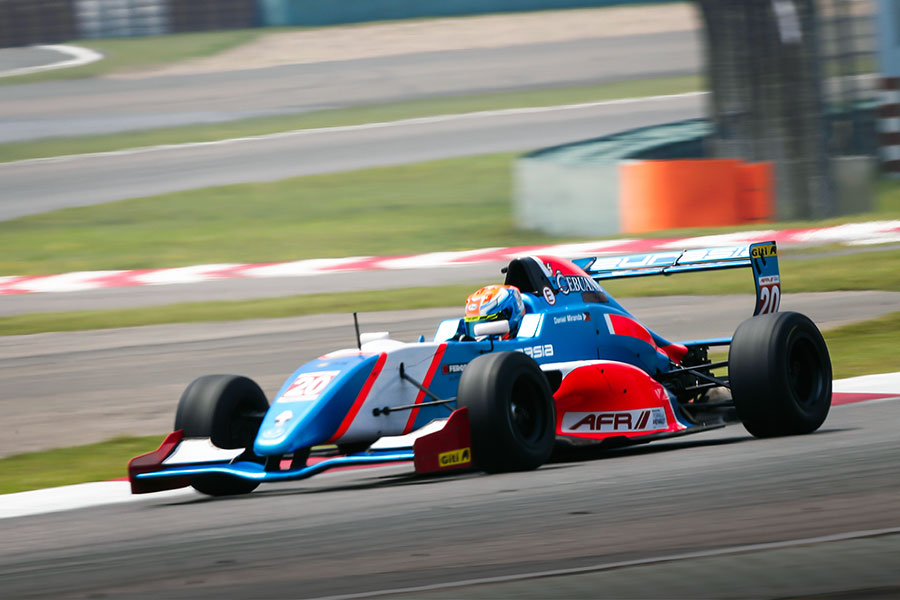 Now starting from P6 on the grid in Race 2, Daniel unfortunately got squeezed out and lost a spot during the first corner chaos. The next few laps were then spent dicing for position where he managed to climb to 5th. Although he would have wanted to gain more positions, 4th place was already too far away so Daniel simply kept his cool cap his weekend with another strong finish.

Daniel Miranda is supported by Cebuana Lhuillier on his Asian Formula Renault (AFR) campaign. The next event will take place at the Ningbo International Circuit, China on May 26/27. 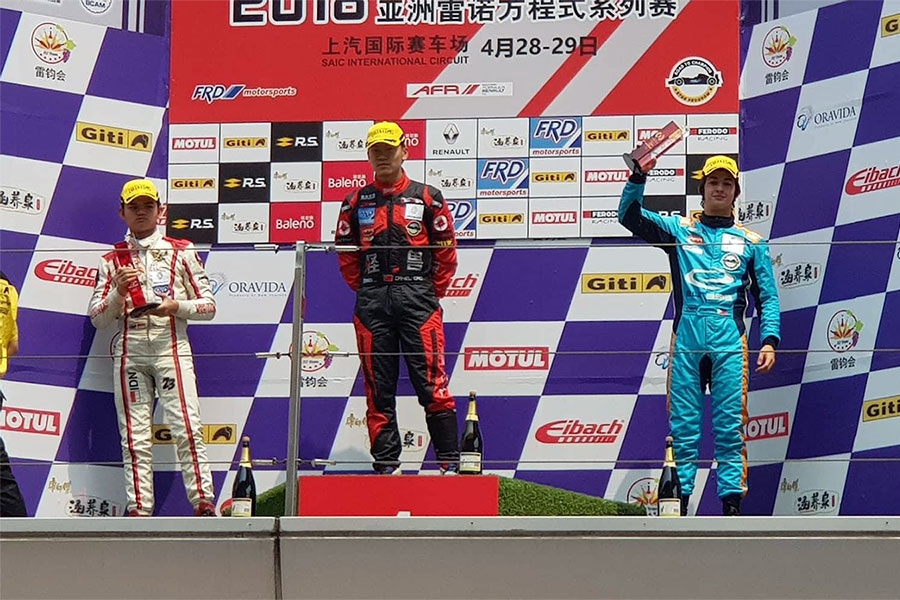 Daniel Miranda: “I’m really happy with our results and I didn’t expect to finish 3rd on only my second event. With better physical and mental preparation, hopefully I can get on the podium again at Ningbo this May. Of course, I’d like to thank everyone at Eurasia Motorsport, our mechanics, and Cebuana Lhuillier for the support. This wouldn’t be possible without them.”

Roland Hermoso, Driver Coach & Manager: “Daniel has really impressed the whole team at Eurasia with his performance in Shanghai. He showed big improvements at every session and was on the same pace as his more experienced teammate. But his best achievement so far in AFR is to finish on the podium on only his second race weekend. It was more than what we had hoped for and we’re excited what Daniel can achieve in the next event in a month’s time.” 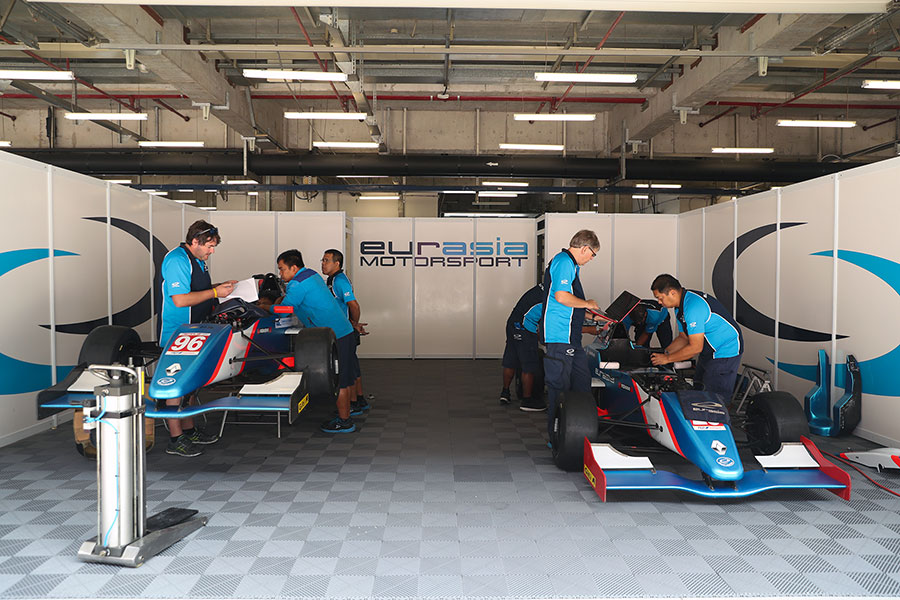 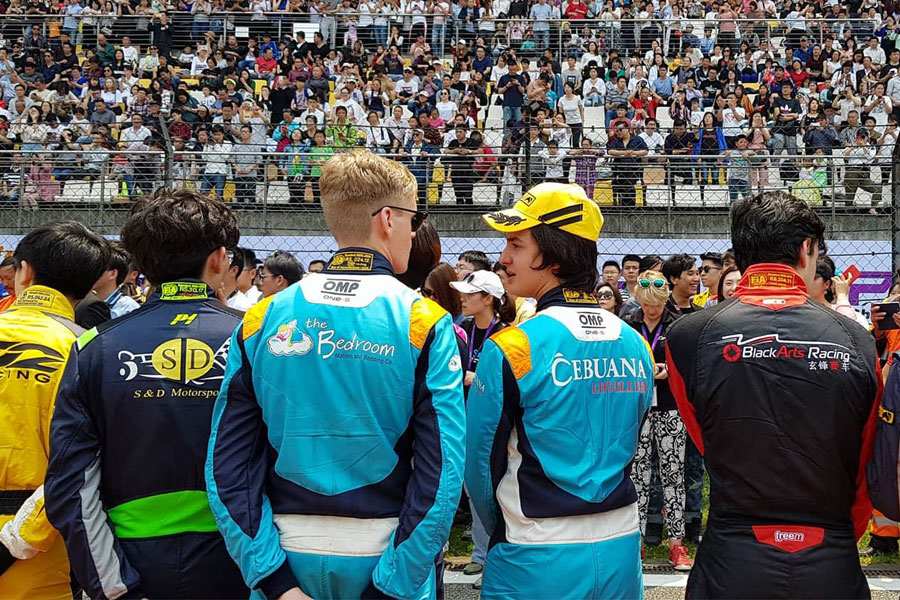 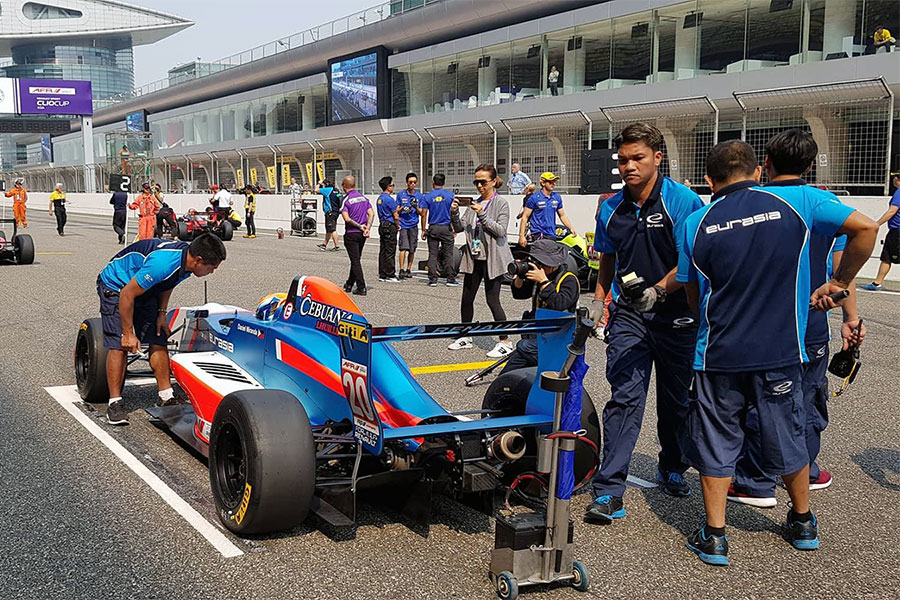 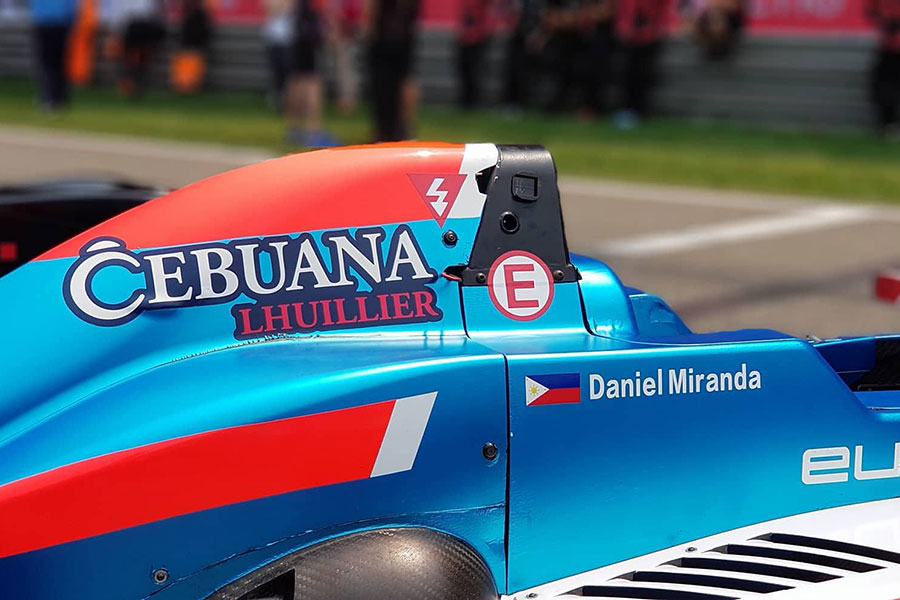 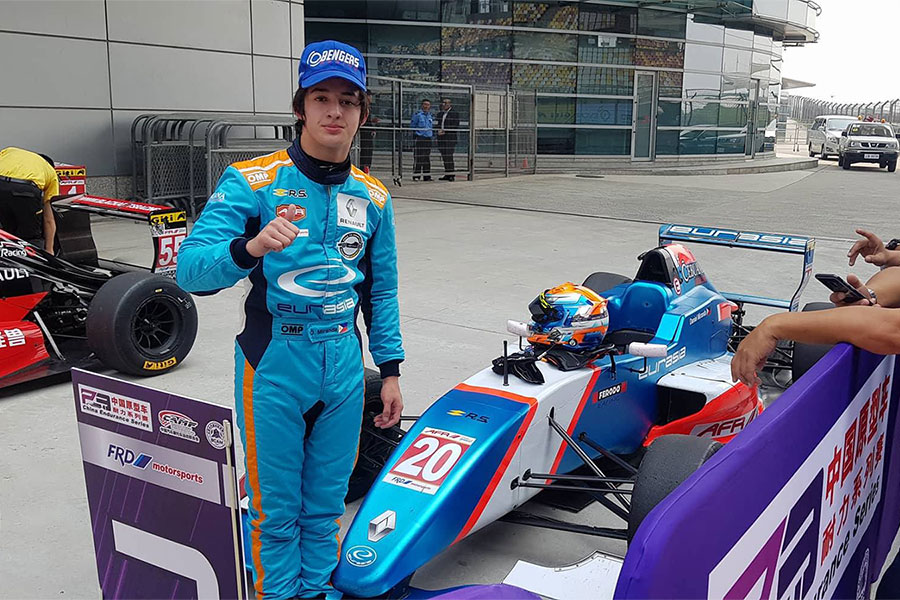