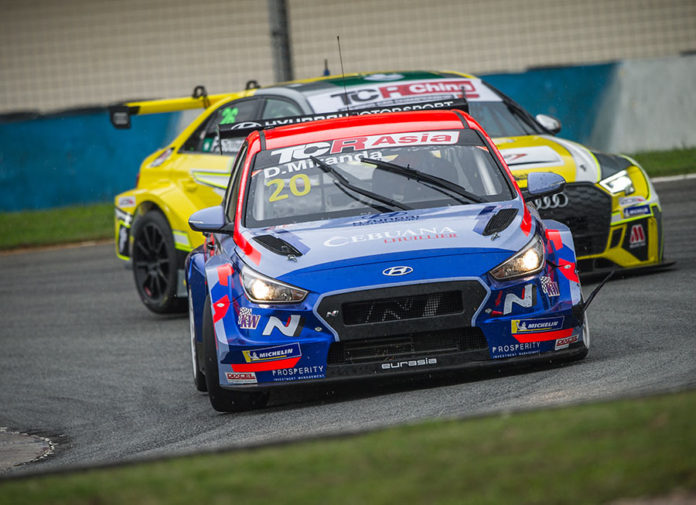 Daniel Miranda may still be a TCR Asia Series rookie, but he certainly doesn’t race like one. This 22-year-old already finished on the podium on only his first event last month. He was then snapped up by Hyundai Motorsport as one of its Customer Racing Junior Drivers a few weeks later. And now, he’s done it again this time finishing 3rd on a wet Zhuhai International Circuit whilst driving on slicks.

Supported by Cebuana Lhuillier, Miranda was back behind the wheel of the #20 i30 N TCR of Eurasia Motorsport last May 2/4, which he effectively placed P5 on the grid in Qualifying. 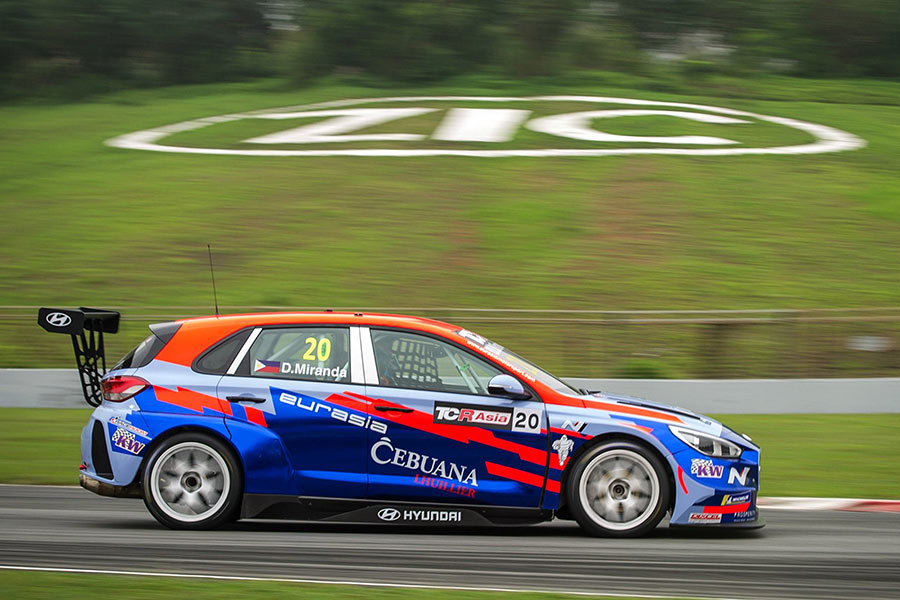 He would rocket off the starting line in Race 1 and picked up several places straight away for a possible spot on the podium. Unfortunately, his race ended only a lap later after clutch issues put his hunt for the championship on hold.

Miranda would get another shot in Race 2 the following day where he took a more cautious start as not to damage the clutch on his i30 N TCR. Although a slow getaway dropped him several places, he had no problems regaining the positions back as he fought his way through the field. It then began to rain on lap 6 which caught out even the most experienced drivers. Miranda capitalized on the opportunity to move up the standings as he tip-toed around the wet 4.319 km circuit on slicks. Eventually the Safety Car was called out to pick up those stranded in the gravel. After the restart, the Eurasia Motorsport driver carried out one last attempt to get onto the podium and successfully slotted into 3rd Overall putting him 1st of the Asian drivers. 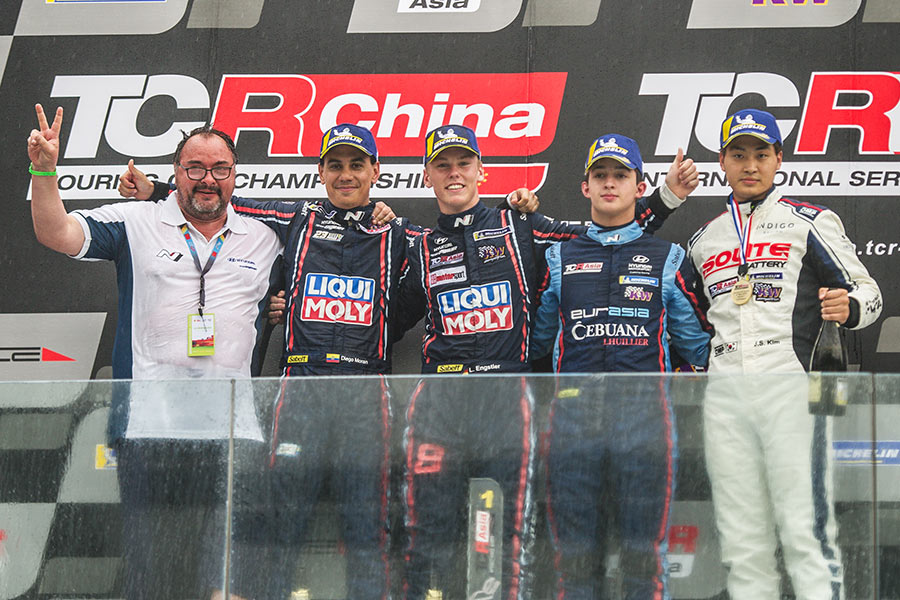 With his string of podium finishes, Daniel Miranda is now 4th in the Overall Drivers’ Championship just 6 points behind the nearest European driver. He also leads the Asian Drivers’ Standings by 22 points. There’s now a short break until the TCR Asia Series resumes on June 1/2 at the Shanghai International Circuit.

Daniel Miranda: “Really happy with my performance all weekend and to be able to race alongside TCR champions. I learned a lot from them in Zhuhai and hope that I can use this for the upcoming races. Thank you to everyone at Eurasia Motorsport as well as the Hyundai Motorsport engineers for giving me a great car. It was just unfortunate that we had a problem in the first race, but feels good to be on the podium again. Now looking forward to our next race in Shanghai this June.”

Roland Hermoso, Driver Coach & Manager: “After a dismal DNF on Friday, we’re very happy with Daniel’s results as he fought from the back of the grid to finish 3rd despite all the safety car periods and driving in the wet on slicks. His car control was on top level and even outclassed some of the pro drivers on Saturday. Really proud of his maturity driving in these conditions.” 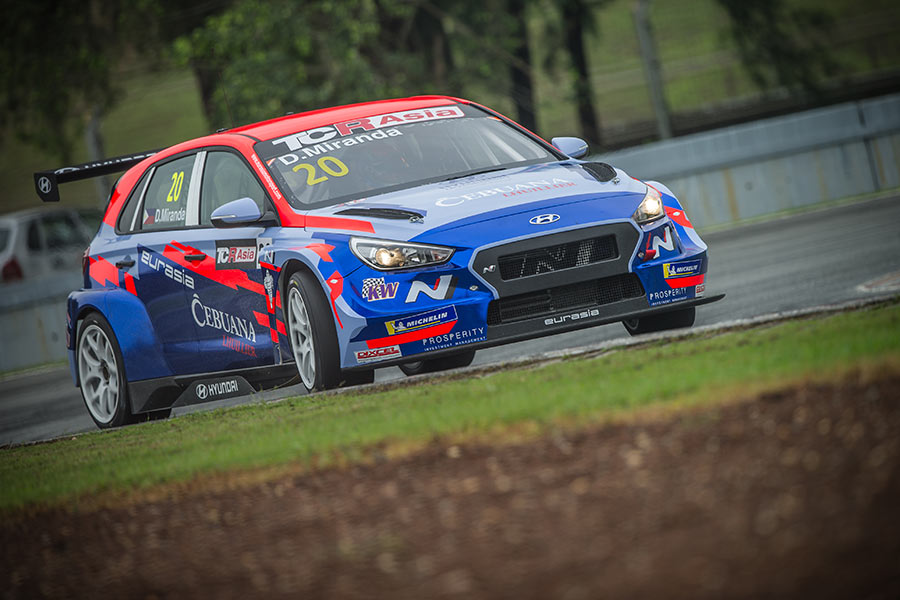