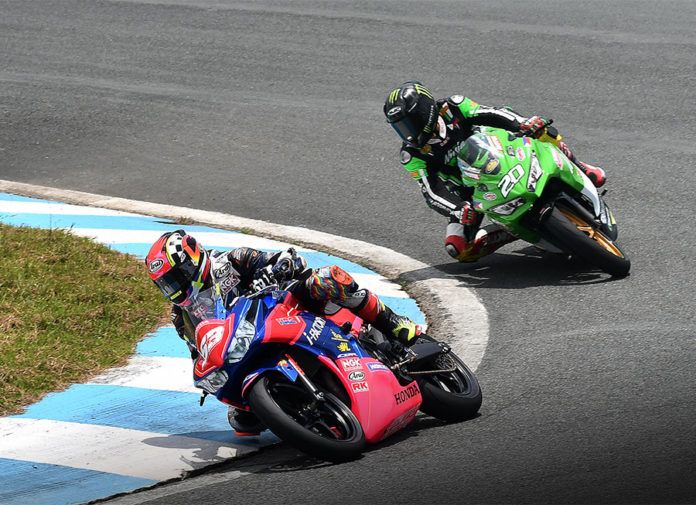 Right from the start of the Pirelli Cup 2018, there has been only 2 names that dominate the Group 2 Lightweight A (LWA) category. Dannie Daquigan in the #53 Yamaha R3 and Darwin Macaraeg with his #20 Kawasaki Ninja have clashed at all 4 round so far, battling for race wins and the overall title. But despite their fierce rivalry on track, there’s a untold story behind the pit wall.

Macaraeg began his motorsports career in 2014 and has won the Pirelli Cup and Kawasaki Ninja Cup championships on multiple occasions. He now rides for Kawasaki Racing Team Philippines, collecting 2 wins and 3 podium finishes this year.

In stark contrast, Daquigan has not raced in over a decade and only ended his retirement with help from some very close friends. 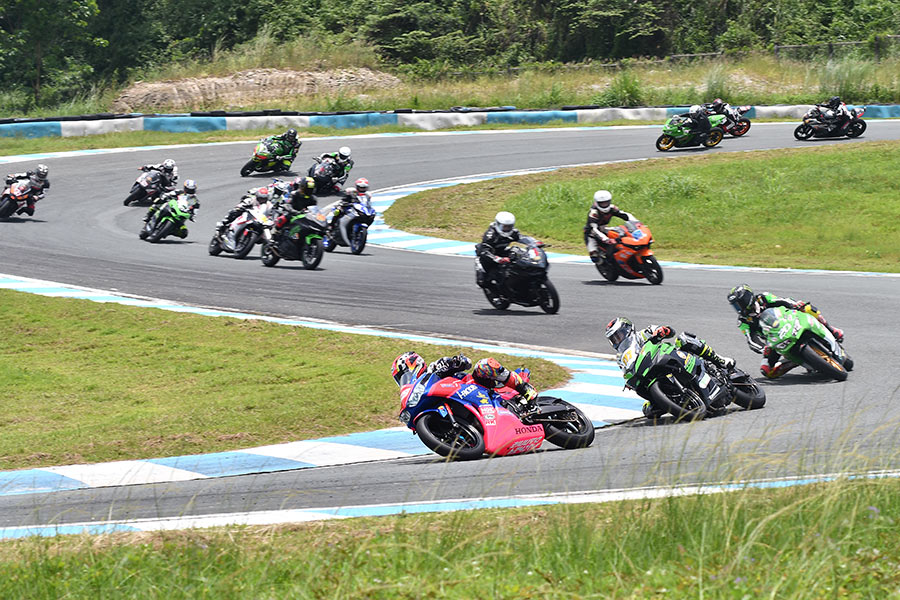 “I’ve been hearing a lot of good things about Dannie, that he was an ex-racer who’s making a comeback this year,” recalled Macaraeg. “Honestly I was shy to approach him at first, but later found out that he’s a really nice guy when I met him on track.”

Both have taken turns on the top step of the podium, making the Pirelli Cup 2018 one of the most exciting seasons in recent history. It has also become a battle of supremacy between Kawasaki, Yamaha, and at times KTM. These have pushed Macaraeg and Daquigan to ride past their limits, so much so that they’ve begun to catch up to the factory SuperSport riders.

“We have very different riding styles,” shared Daquigan. “I’m faster during practice, but he’ll always beat me in qualifying. I’ll then get a good start, but you can bet that Darwin will catch up and put on a fight. He’ll win Race 1, but Race 2 will be mine or vice versa. This makes racing with him so interesting.” 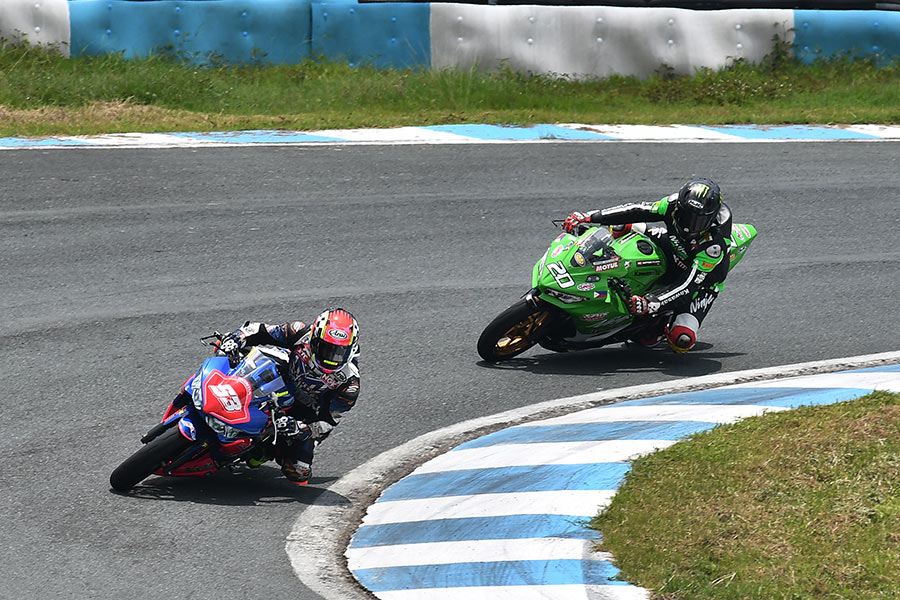 Macaraeg unfortunately had a bad crash in Round 3 injuring his right shoulder. Nevertheless, the Kawasaki rider was able to return on his bike after a month in recovery and missed only 1 race. Against the advice of his teammates, he ignored the excruciating pain and raced last August 3/4 just to keep his championship hopes alive. His gamble would pay off with 2x 2nd place finishes at the Clark International Speedway (CIS).

Daquigan was on fire that day onboard the Yamaha and easily won the Gr 2 LWA Class in the morning. Race 2 saw a repeat performance with another victory where he took the chequered flag 3rd overall ahead of some riders in SuperSport.

With 1.5x points up for grabs in the last 2 legs, the championship is still wide open. Daquigan is now working on his bike and riding style in the hopes of scoring a perfect 6 wins in a row. Naturally, Macaraeg has the same idea in mind leading up to the next event at the Batangas Racing Circuit (BRC) this September 1/2. 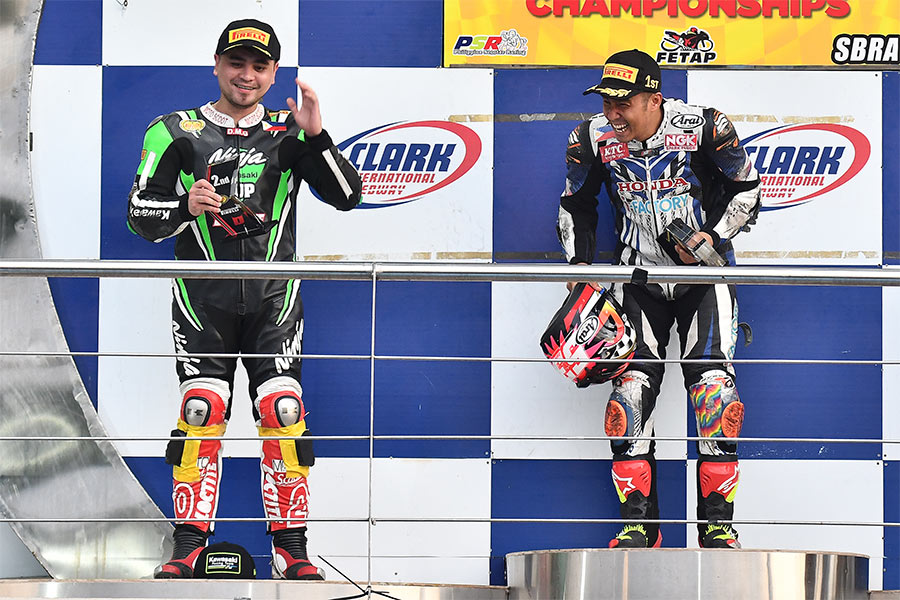 “It’s only normal to have some friction with your #1 rival. That’s racing. But for me and Darwin, we always joke around after each race and maintain a good relationship as friends. I have a lot of respect for him as a rider. You can never rule him out even with an injury like that,” Daquigan added. “I think he has a big future ahead of him. If Kenneth Torres moves up to SBK next year, he deserves a seat on the factory Kawasaki Racing Team in SuperSport alongside Robert Ramos. He deserves it.”

Dannie Daquigan currently leads the Group 2 Lightweight A (LWA) championship with 190 points, while Darwin Macaraeg is in 2nd with 128. 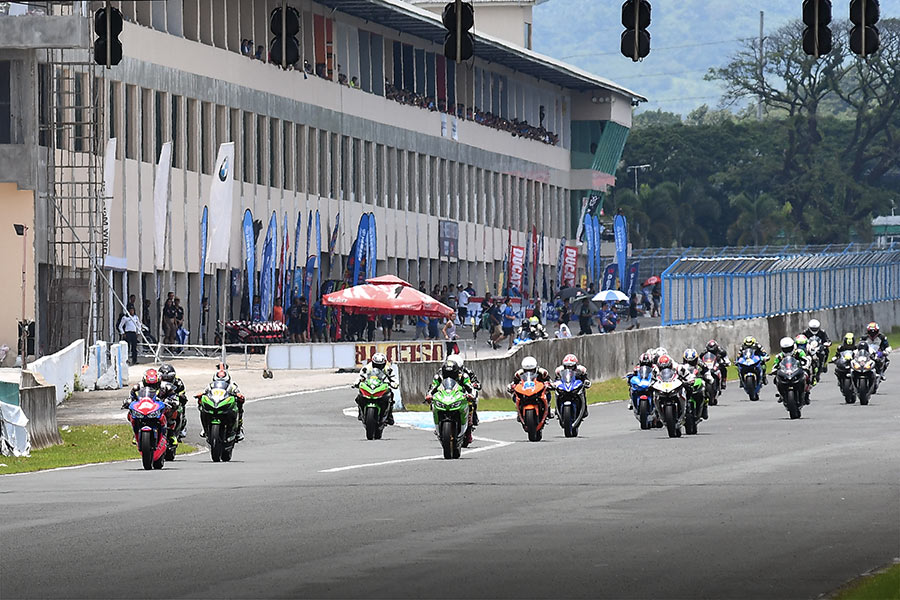 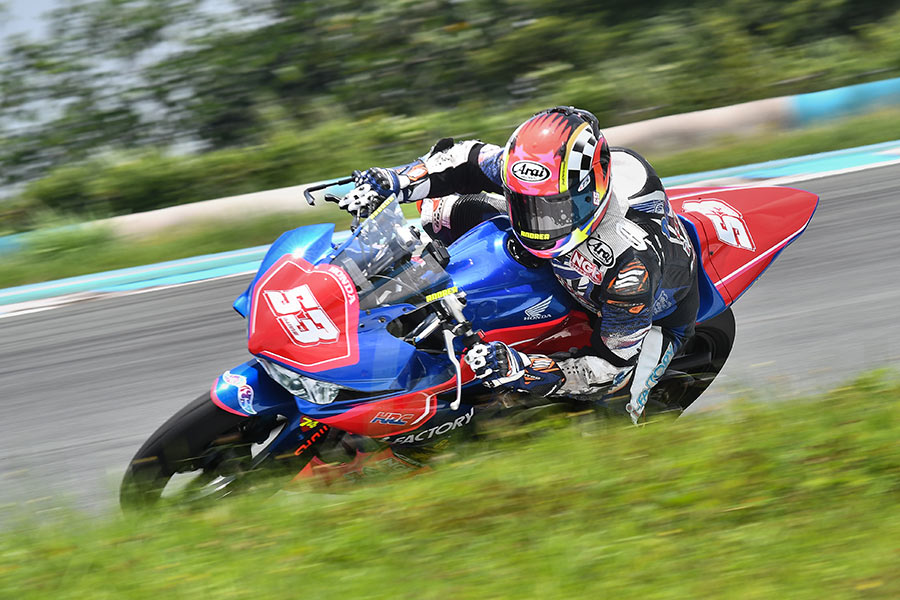 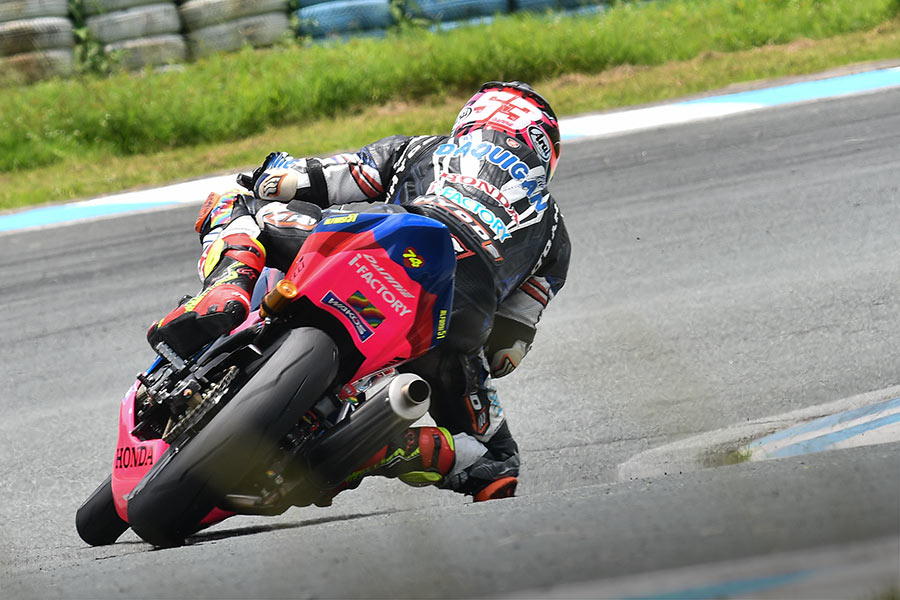 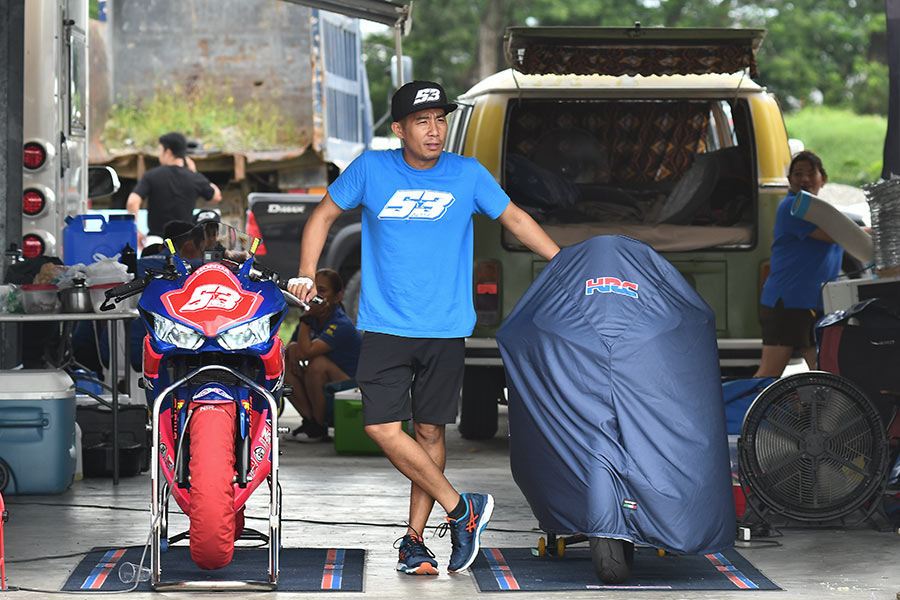 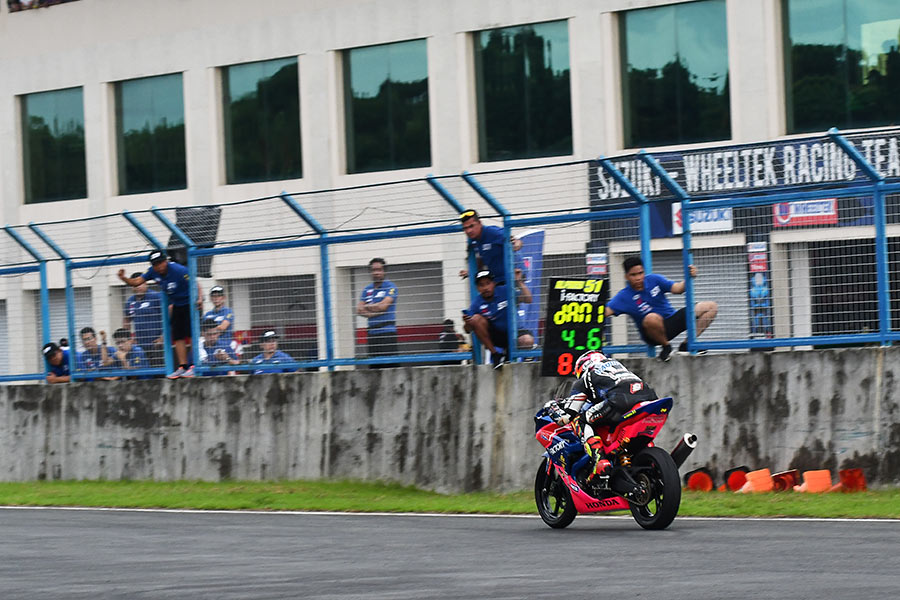 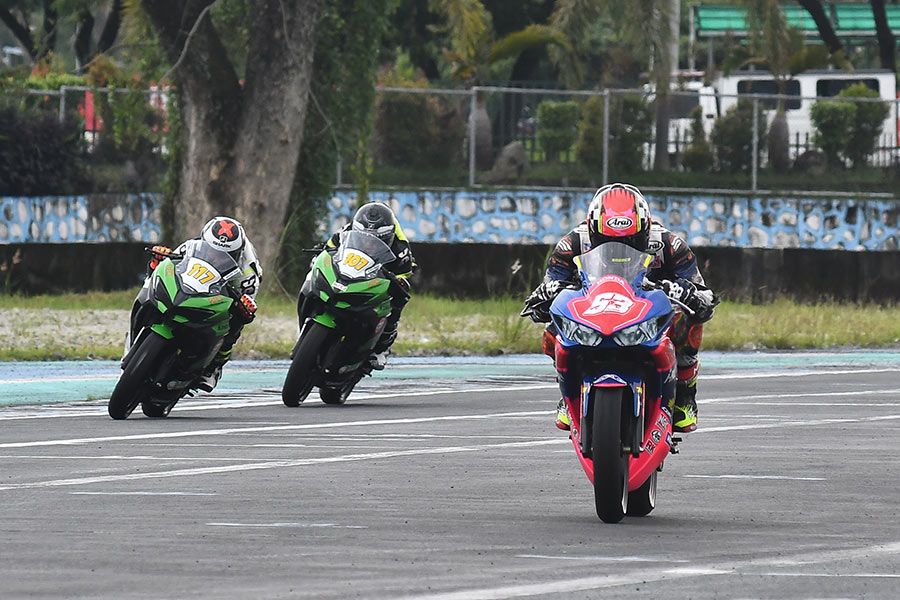 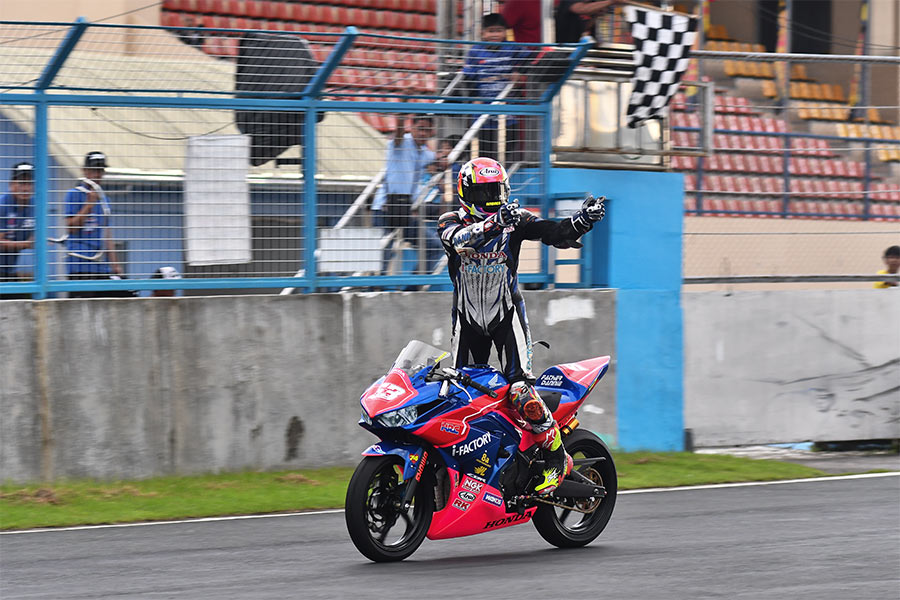 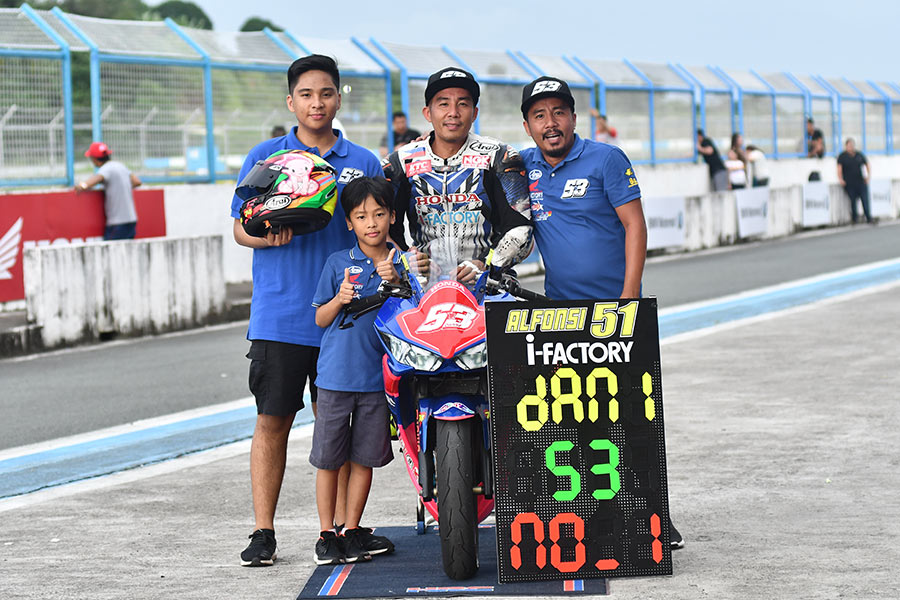 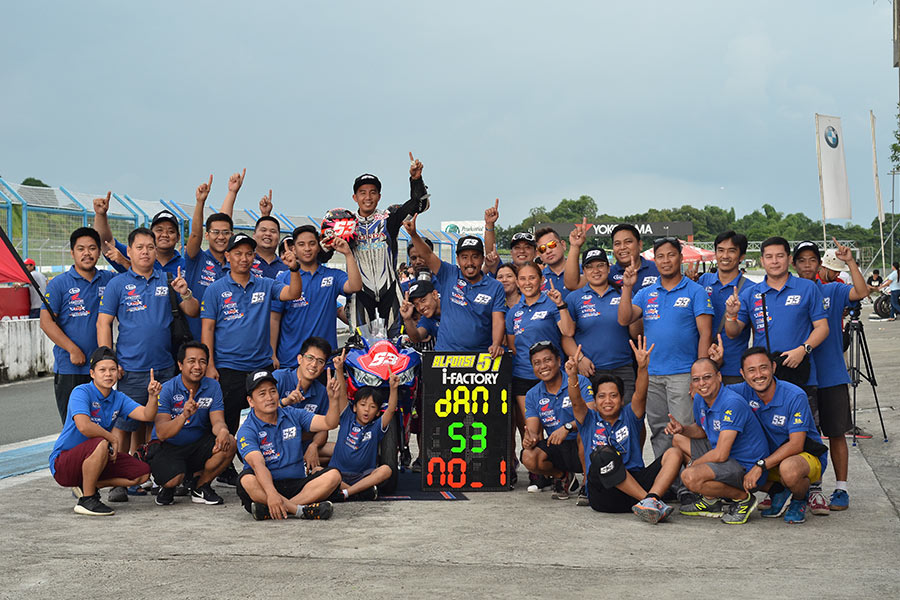